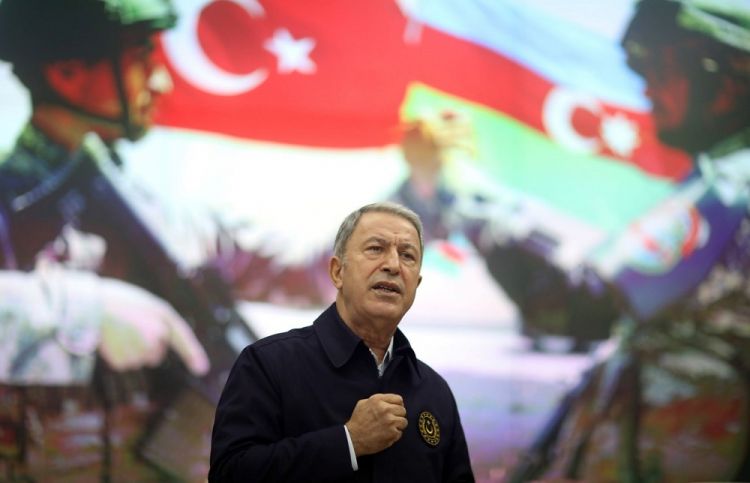 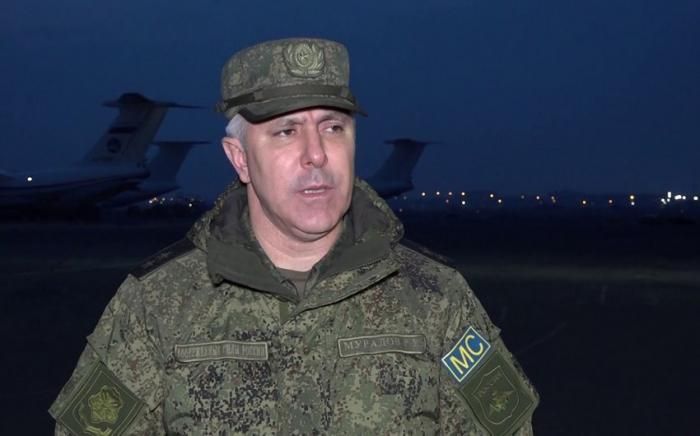 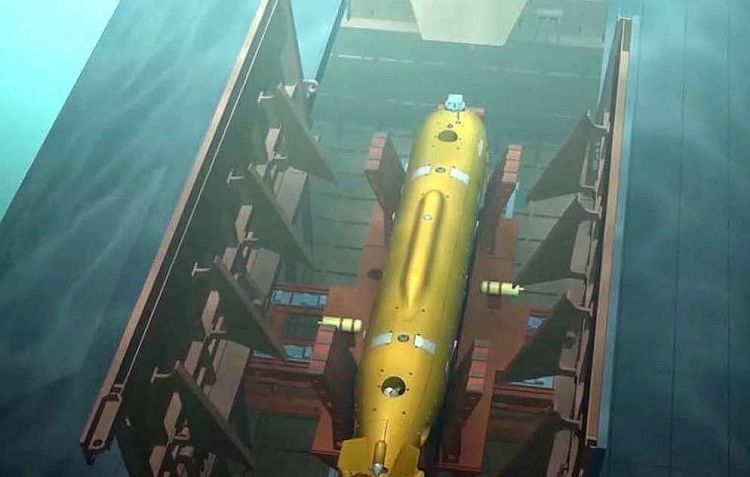 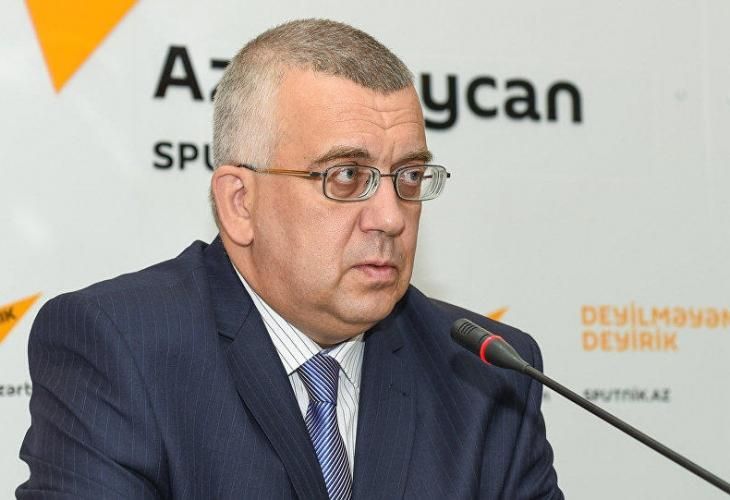 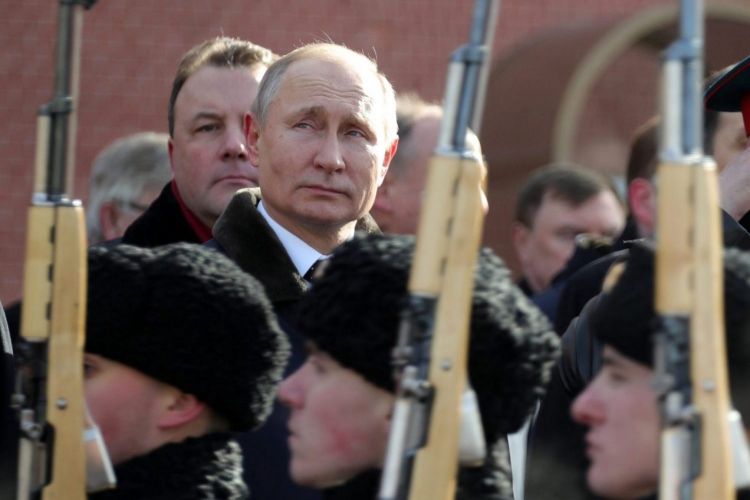 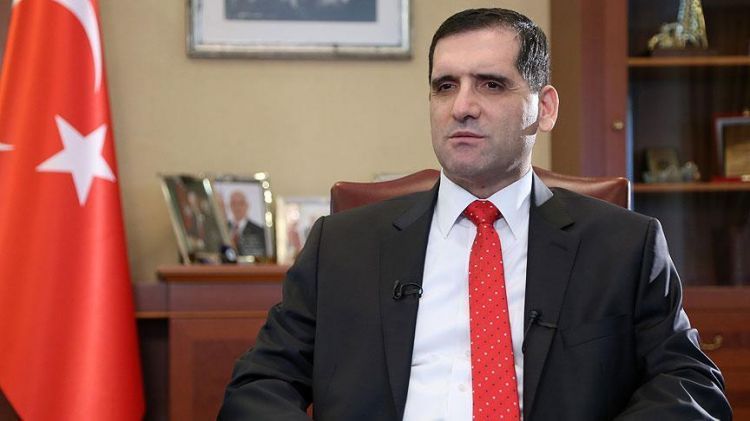 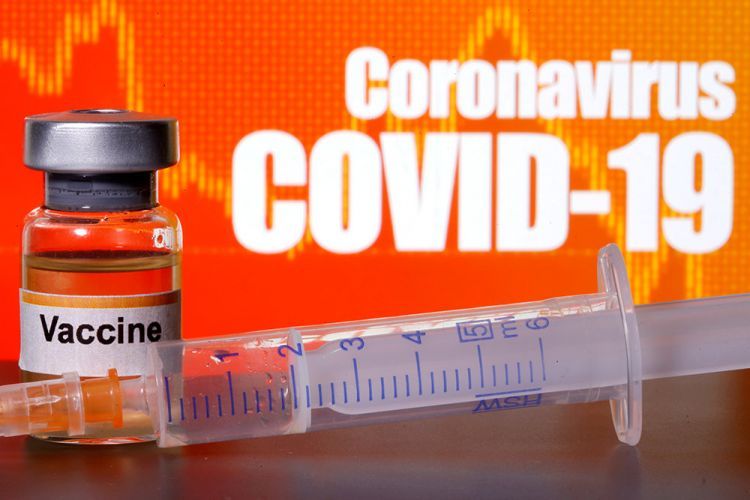 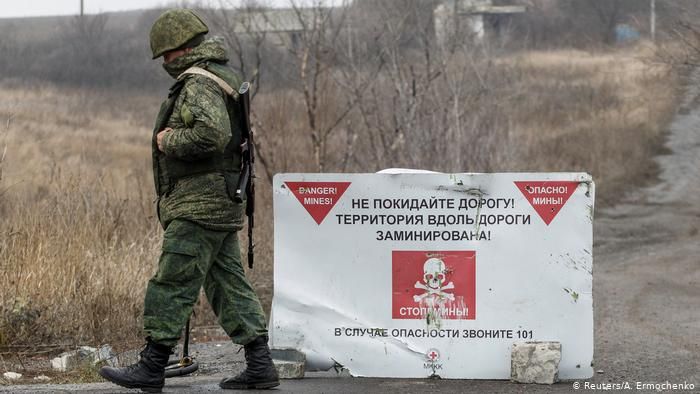 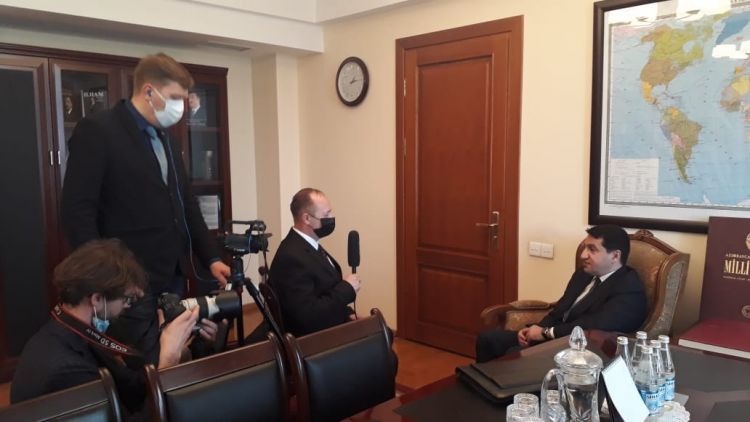 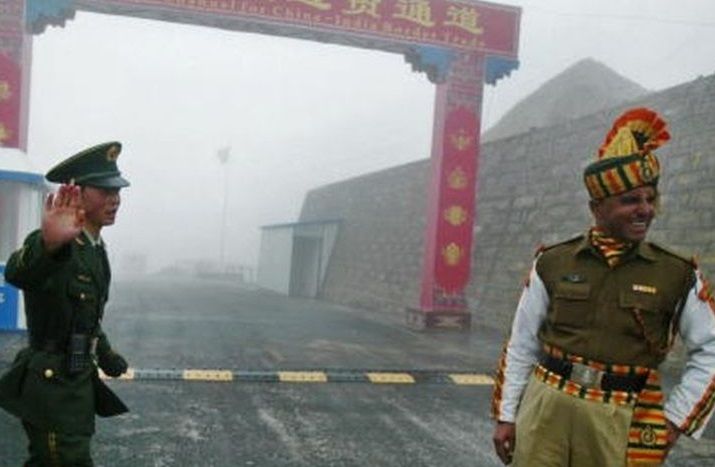 Tensions between India and China have escalated since early May 2020, with a clash on June 15. 2020 that killed 20 Indian soldiers. China and India have blamed each other for an incident involving casualties in the disputed Kashmir region.

Although India has announced the deaths of 20 soldiers, China has not yet announced the number of casualties. Interestingly, no military weapons were used in the clashes between the parties, and it was observed that the soldiers fought with cold weapons such as sticks and stones.

In initial statements from government officials after the clashes, India accused China of changing the current situation on Lıne of Actual Control (LAC) in its favour, while China accused Indian troops of attacking Chinese troops in the area.

Although the incident carries risks that could turn the rivalry between the two nuclear powers into a conflict, it is not the first such incident between China and India over disputed territories in Kashmir.

Historical causes of tension between China and India

Kashmir is known to be disputed territory under United Nations resolutions between India, Pakistan, and China. UN Security Council resolutions concerning the Kashmir conflict include resolution 38, 39, 47, 51, 80, 91, 98, 112, 123, 126, 209, 210, 211, 214, 215, 303 and 307. Ladakh is part of Disputed Kashmir and it was the reason that China moved to a closed-door meeting to UNSC when India unilaterally changed the demography of Kashmir and announced Indian Kashmir as “Union” of Indian State. India is accused of occupying territory and is not holding plebiscite as directed by above mentioned UNSC resolutions. India accuses China of infiltrating Indian territory beyond decided Line of Actual Control (LAC).

The term “LAC” gained legal recognition in Sino-Indian agreements signed in 1993 and 1996. The 1996 agreement states, “No activities of either side shall overstep the line of actual control.

The problem between India and China over this complex issue has escalated to the level of conflict several times in history.

India and China share a 3,440-kilometer border, along which the parties have mutual claims over various territories. This is the main factor in the problem. China has refused to recognize the borders which determined during the time of the British colony with India since 1950s.  China claims the entire Indian state of Arunachal Pradesh, which it calls South Tibet. There are also nuances that the parties do not agree in many areas of the border. Especially in the Ladakh region of Kashmir, the location of the border in a relief surrounded by mountains, glaciers, and streams makes it difficult to determine the exact boundary line.

India has accused China of deploying thousands of troops in the Galwan Valley in Ladakh, claiming that China has occupied 28,000 square kilometers of Indian territory.

The first military confrontation between the two countries (as well as the last real war) took place in 1962 when India was severely defeated, and 700 Chinese died while 3,000 Indians died. China, which has reached northeastern India, has withdrawn its troops from the occupied territories in a bid to achieve peace.

On September 11, 1967, another clash took place in Nathu La. In October 1975, this time there was tension in Tulung Lada, killing 4 Indian soldiers.

In April 2013, India infiltrated 10 km from the Actual Control Line between the two countries and set up a military camp in one of the villages in the area. China’s adequate response has increased tensions.

In September 2014, India built a canal in Demchok, a village in Ladakh and Chinese troops moved to the area near the canal. A similar incident occurred in September 2015.

In August 2017, 72 Indian soldiers were injured in an incident around Lake Pangong. In early May 2020, local media reported footage of soldiers from the two countries fighting each other with stones and sticks. On May 21, new road projects in Ladakh, India, escalated tensions and Chinese troops entered the Galvan Valley. The June 15 incident also took place in the Galvan Valley.

Interestingly, India has been led by Prime Minister Modi, the leader of the Bharatiya Janata Party, which has been known for its nationalist stance since 2014 and is particularly notable for its uncompromising policies against Pakistan and China over Kashmir.

At first glance, it can be said that the tensions between China and India are simply due to the lack of border demarcation. A closer look reveals that hegemonic competition is at the root of the tension.

At a time when China is pursuing a strategy of global hegemony based on the Belt and Road project, India is seeking to be an alternative to China in the region with its growing economic and military power.

Over the past 15 years, India, with the support of the United States, India has been following the path of intensive economic growth. India is an actor used by the United States to limit China’s power in Asia. In this regard, India’s activity in the region challenges China’s interests. In particular, in August 2019, India abolished the autonomous status of Jammu, and Kashmir also including the Ladakh region covers the Chinese-controlled Aksai region and New Dehli poses threat to the strategic interests of China and Pakistan also by enhancing the links with the center.

If we look at the reasons for the escalation of the conflict between China and India in recent years, we can see that these are mainly related to infrastructure projects implemented by India in the Disputed Ladakh area, construction of roads, bridges, and transport and communication systems, military camps and so on. All these steps of India are accompanied by China’s tough stance, military threats, and attacks. However, India is not taking a step back.

According to Prime Minister Modi, the transport system and infrastructure projects in Ladakh will be completed in 2022, despite all obstacles. But why do these projects threaten China’s strategic interests? Why is China strongly opposed to these projects?

Firstly, the airbases established by India in the region in 2008 and the transport and communication systems it is currently building will facilitate and accelerate India’s military intervention in Ladakh and other disputed areas. Secondly, the area has strategic importance to China in terms of Tibet’s linkage to Xinjiang, and China’s loss of control of these areas means the loss of part of the border between Xinjiang and Tibet.

Finally, the United States is using the Uyghur problem intensively to maintain its competitive advantage with China. India’s future consolidation in Ladakh and surrounding areas carries the risk that the United States will provide military and economic support to separatists in Xinjiang through the area.

Another factor in the tension between India and China is the Pakistani factor. India is deeply concerned about relations between China and Pakistan, longtime allies. The reason for this concern is that India has a territorial dispute with both countries and is in a de facto conflict with Pakistan. India is also aiming to seize Pakistan-controlled Kashmir. The abolition of the autonomous status of Jammu and Kashmir in 2019 clearly shows this goal. India’s goal poses serious problems in relations with China.

India’s goal is not only to seize Pakistani lands but also to take control of the Karakorum Highway KKH), which passes through Kashmir and connects China and Pakistan. By taking control of this road, India will dismantle a significant part of the China-Pakistan Economic Corridor (CPEC), which is hampering its leadership in the region. The road, which passes through Pakistani Kashmir, also connects China to the port of Gwadar, which provides access to Beijing to the Arabian Sea. India is concerned that China may increase its military presence in the Arabian Sea through the port of Gwadar.

Thus, tensions between China and India, two nuclear powers, will continue in the political and economic spheres, albeit not militarily. China is India’s second-largest importer but also a regional rival. Apart from the competition, the strategic interests of these countries collide, and India sees China and Pakistan as a threat to its national security. Moreover, there is the US factor in the middle. Washington, which is turning trade wars with China into a cold war, is trying to squeeze official Beijing into the Pacific-Indian Ocean by forming a triangle of Japan, India, and Australia against China.

India’s recent standoff with Nepal has aggravated the situation in South Asia and the whole Himalayan region is going through a sensitive phase where adventurism of any party can ignite situation in a pocket of 2.90 billion population (Indian Population1.35—China Population 1.39 billion—Pakistan population 220 million and Nepal population 29 million).

The world is still not understanding the gravity of the repercussions of Indo-Sino standoff and it should before it is too late. 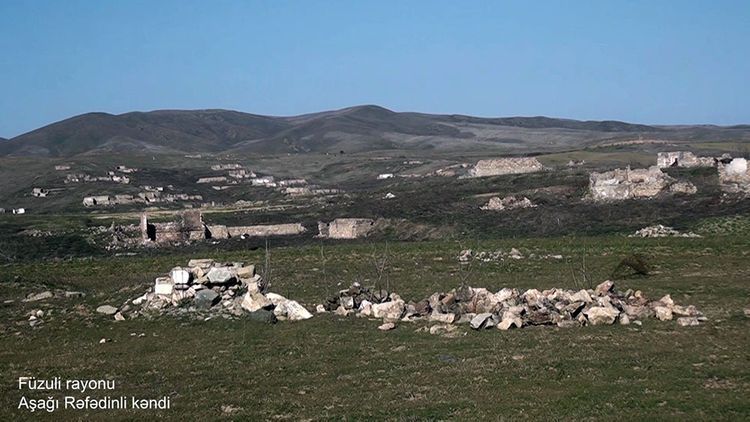 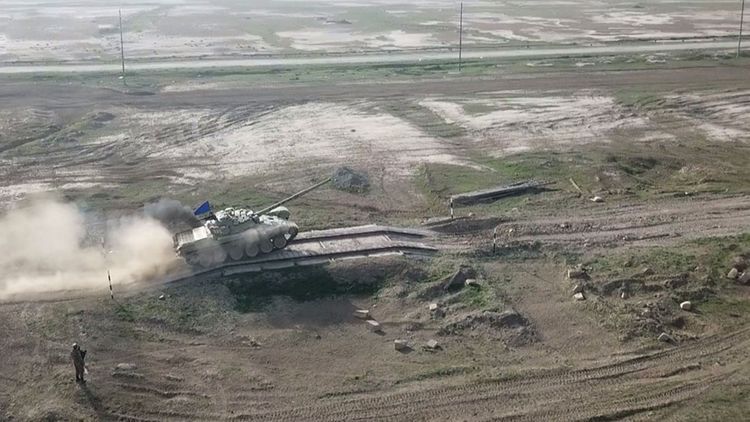 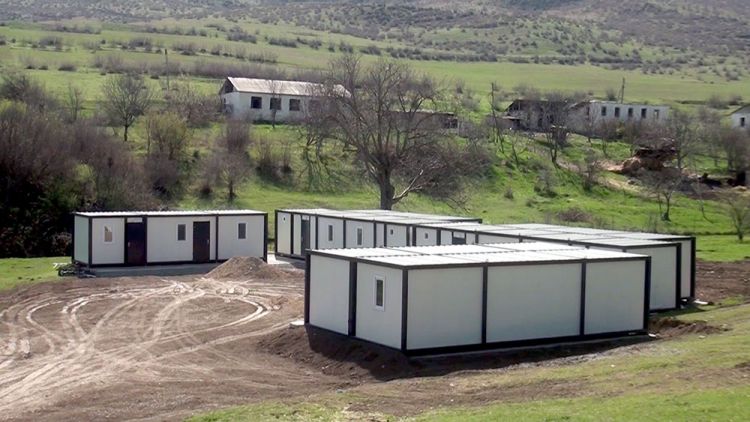 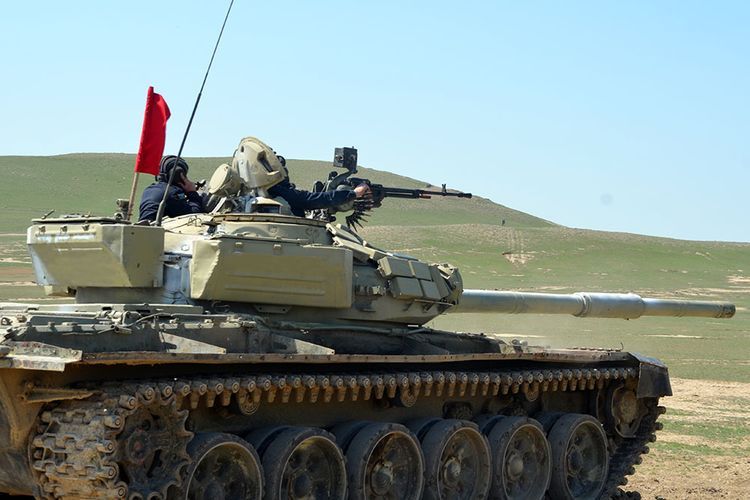