"I'll wait another month and a half, and then I will make my counterblow" - Oleg Kuznetsov about Kirakosyan - EXCLUSIVE | Eurasia Diary - ednews.net

Unknown fighter jets tried to attack the Russian air base in Syria
Read: 923

"I'll wait another month and a half, and then I will make my counterblow" - Oleg Kuznetsov about Kirakosyan - EXCLUSIVE 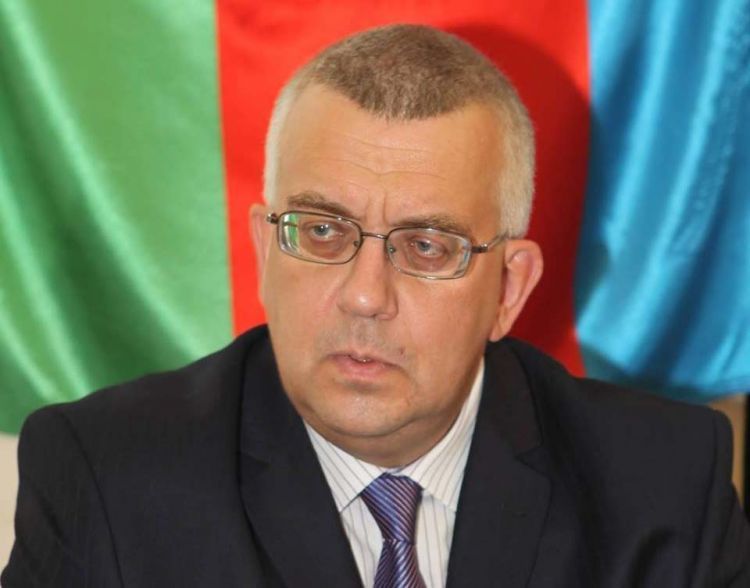 On October 4, the Main Investigation Department issued a ruling on the statement of the lawyer Ruben Kirakosyan, in which it was stated that the monograph of the famous Russian historian and political scientist Oleg Kuznetsov "The History of Transnational Armenian Terrorism in the Twentieth Century" contains calls for interethnic discord and extremism. It follows from the statement that a large number of Armenians in Russia are offended by its content and believe that the historian is trying to shake the interethnic peace and the historical friendship of the peoples in the country.
The Armenian applicant was denied a criminal investigation against Oleg Kuznetsov, since the monograph does not contain the crime specified by him. It is established that the monograph is a scientific work and is not aimed at inciting hatred and enmity toward the Armenian people, which is confirmed by the materials collected during the audit.
Eurasia Diary talked with Oleg Yurievich himself about the details of the situation.
Oleg Yurievich, Ruben Kirakosyan was refused to initiate a criminal case against you. Are you going to retaliate against the applicant?
- Of course. The grounds for refusing to initiate criminal proceedings are Art. 306 of the Criminal Code of Russia is a deliberately false denunciation. Please note that the person who wrote the application to the Investigation Committee of Russia against my monograph is a lawyer, so he must know Russian legislation. He is not a janitor, he is not a mason, he is not a businessman, he is a professional lawyer, therefore a statement about the fact of a knowingly false denunciation for me and, I hope, will be for the court an undeniable proof of the malice of his actions. In court, I do not need to prove anything, the investigation made everything instead of me, I just need to write a statement about the protection of a good name, honor, dignity and business reputation.
But here there is one more small aspect. When I received the investigator's decision not to initiate a criminal case against me, I learned that on September 12 Ruben Kirakosyan wrote against me to the Investigative Committee of Russia another statement in which he demands to check for signs of extremism in some of my publications in the Azerbaijani press. The verification of this statement will finally be completed in mid-November. I hope very much that the reason for refusing to initiate criminal proceedings against me will also be a deliberately false denunciation. Two decisions of the investigator for the court - a much more weighty argument than one. So I'll wait another month and a half, and then I'll apply my counter-attack.
Will you continue your activities of exposing the Armenian lies after the lawsuit?
- Of course. I am preparing for publication the third edition of my monograph, in which I intend to substantially revise the contents of the two chapters and add two more new chapters and a couple of new documents. After that, the volume of my book will increase by two hundred pages. One of the chapters has already been published as an independent scientific article in Russian, Turkish and English in several international academic journals. I am currently preparing another chapter for the future edition of my monograph. So I have a lot of things to do, I have to work actively with my head, that I have time to do everything in good time and right.
Recently, I noticed not a very pleasant trend for me among my readers in social networks. Both my supporters and my opponents think that I am engaged only in the history and modernity of the South Caucasus or only the Nagorno-Karabakh conflict. I want to tell everyone that this is not so. I spend a lot of time researching on other historical topics or even in other areas of intellectual activity. So, at my own, as they say in Russia, "small" homeland - in the hero city Tula, the connection with the social life of which I have not lost despite the move to Moscow, with a group of minded  people we revived the edition of the scientific and ethnographic almanac "Tula antiquity" , the release of which stopped exactly one hundred years ago with the coming to power in Russia of the Bolshevik Party. This business required a lot of effort and time from me, as I am the main scientific editor of this publication. So I have many spheres of scientific and public activities besides studying the history of the Caucasus, although this topic is currently a priority for me.