Unknown fighter jets tried to attack the Russian air base in Syria
Read: 910 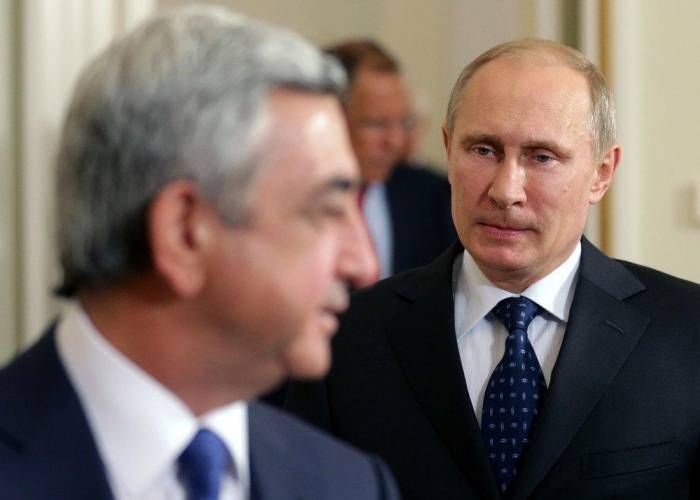 At first glance, events that is happening in the interior political life of Armenia resemble the genre of the theater, where the same characters have taken systematic and illogical steps. So, The Armenian Republican Party voted against the leader of street protests Nikol Pashinyan with a majority of votes from 54 to 100 in the country’s parliament on 1 May.
The same party declares that they will not nominate for the post of head of state and will support any candidacy that will win a third of the votes in the second round on the next day, 2 May. At first glance, this might seem illogical, but if change the angle of view, there is a very valid logic.
They were unable to put a real alternative to Pashinia, thus it was the main reason for this decision of the Republican Party of Armenia. This is a problem of political parties in all authoritarian regimes. In other words, the second Serge Sarkisyan wasn’t  find among the ERPs.
The ruling party that knows this, decided to capitulate to the contradiction for get certain privileges and bonuses. Thus, the Republican Party of Armenia did not think the fate of either the country or the party, instead of it they agreed with the contradiction and foreign sponsors behind it.
Then, they did not show principality and solidarity for no matter what not to take Pashinyan to the post of head of state, as the Kremlin demanded. Instead, they demanded a guarantee for the inviolability of their parliamentary status by drawing a red line in front of Pashinyan. I would not be surprised, If deputies from this party get involved in Pashinyan’s political party structure in their previous positions with organized manner and made the majority for him in the National Council.
It will explain to the people as stabilizing the situation in the country and other considered reasons. But the real reason is that the governance in Yerevan will be transferred from Washington as de-facto.After all, then there will be no need to legitimize it with new parliamentary elections.
Such a question arises. Why this decision was  not given on May 1 and was considered for May 8. There are two logical reasons for this.
Firstly, the date was the occupation of Shusha, the administrative center of the former Nagorno-Karabakh Autonomous Oblast as a result of Armenian Armed Forces “wedding in the mountains”; attack. They will symbolize the old and the new, the reconciliation of the Armenian political system yesterday and tomorrow in the eyes of all Armenians, as well as all those who simply deceive themselves to show that they do not plan to renounce the "Karabakh clan" of the new Armenian government.
Secondly, Vladimir Putin’;s inauguration will take place on May 7. He was elected the president of Russia for fourth time.
I would not be surprised if Pashinian's appointment took place on the Victory Day, May 9 which is considered as a state holiday in Russia's ideological plan. So what, wanted to strike a political blow to Putin with bringing US-based politician to the position of state president in Armenia. in this way these two important events for Russia will be overridden. Pashinian's choice may be show that the West not only the victory on on Hitler's Germany, also on Putin's Russia in 1945, May 9. Foreign media, also show the Kremlin is in its foreign policy towards Armenia not ready such a lightning defeatş
The events in Armenia were evidently based on the anti-Russian scenario, but the Kremlin continued to believe that Iravan would remain loyal to it. In 1988, Armenian politicians deceived the Soviet leadership, and in 2018 the Russian leadership. The first case is a tragedy, and the second one is a plan which the new elected president of Russia, Vladimir Putin stands in the center.
Oleg Kuznetsov
Russian political scientist and historian