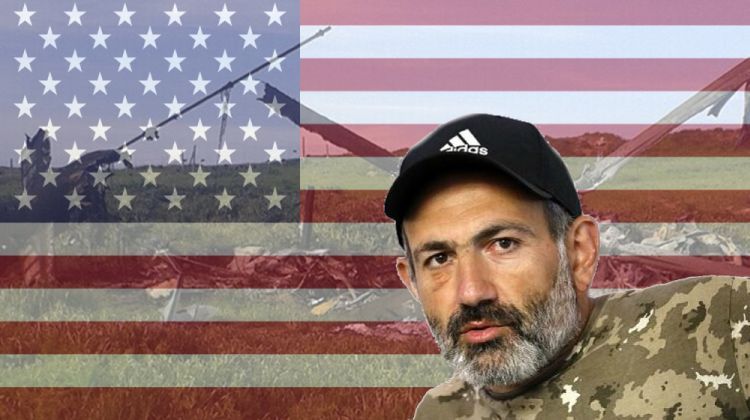 The recent loud and even resonant statement by the newly-made Prime Minister of Armenia Nikol Pshinyan on the need to involve the political regime of the Armenian separatists of the Artsakh quasi-state in the negotiation process for the Nagorno-Karabakh settlement caused first bewilderment, and then violent protests, not only from Azerbaijan, but also many other participants this process, which takes place under the aegis of the OSCE Minsk Group. This is not surprising, because it returns the situation around Nagorno-Karabakh for a quarter of a century ago, in the mid-1990s. Let me remind you that the first and at the same time representatives of the Armenian separatists of Nagorno-Karabakh participated in the negotiations in 1994 when signing the "Bishkek Agreement", officially entitled "Agreement on an indefinite ceasefire." This agreement, let me remind you once again, was almost immediately violated by the conflicting parties and thus disavowed, after which a sluggish position war with sporadic splashes of combat activity of the parties has been going on for 24 years in Nagorno-Karabakh.
Since 1994, much has changed, including in the position of Armenia. The three presidents of this country - Levon Ter-Petrosyan, Robert Kocharyan and Serzh Sargsyan - did not insist on attracting Artsakh representatives to participate in the negotiations, considering the war for Karabakh as a matter of only two countries - Azerbaijan and Armenia. Otherwise, it is not surprising, since the last two heads of the Armenian state were transplanted into the chair of the Armenian president from the chair of the administrator of the occupied Azerbaijani territories, and therefore, because of their origin and life experience, were considered plenipotentiary representatives of the interests of both Yerevan and Stepanakert.  However, the change in the form of government in Armenia entailed a change in the political regime, after which a carefully prepared and well-organized rallying squad erected Nikol Pashinyan on the top of government, who unilaterally adopted the rules of the game, both domestically and internationally. He did not bypass, of course, the negotiation process on the Nagorno-Karabakh settlement, trying to get him back to the starting point of twenty-five years ago.

The external illogicality of his conduct, which goes against all the international legal instruments that have been accumulated over the past 20 years for the Nagorno-Karabakh conflict settlement, must nevertheless have a reasonable explanation, since Pashinyan is not a politician who commits obvious nonsense on his own initiative. Therefore, it is important to understand what exactly prompted him to make a statement on the need to return Artsakh's separatist regime to the negotiating table as their equal participant, although the UN, PACE, OSCE documents are against it? The answer to this question can be only one - the norm of the national legislation of the USA, and to be precise - Article 907 of the 1992 Act. The essence of this article, called "About Azerbaijan", boils down to the fact that the United States does not have the right to provide technological and military-technical assistance to Azerbaijan as long as it implements the blockade and other violent actions against Armenia and Nagorno-Karabakh. In other words, in the Nagorno-Karabakh conflict, the United States has already decided everything for itself, not at the political, but already at the legislative level: Azerbaijan is an aggressor, Armenia and Nagorno-Karabakh are the victims of this aggression, Nagorno-Karabakh is not the sovereign territory of Azerbaijan, but an independent from it public education.
Thus, it turns out that Nikol Pashinyan, by his statement about the need to bring representatives of Artsakh to the negotiating table on Nagorno-Karabakh, did not introduce any new initiative, but only voiced the long-standing provision of American law, which he and his entire pro-Western administration. Now it becomes more and more obvious, on whose concrete notes Nikol Pashinyan sings, he is a puppet in the hands of Washington. And that no one doubts the truthfulness of our words, we quote a page from the collection of the national legislation of the United States with the text of the article mentioned earlier, so that no one could accuse us of idle accusations against the United States that for them Armenia and Nagorno- these are phenomena of the same order, the names of which are listed comma-separated.
From all that has been stressed above, it can be concluded that Pashinyan is not interested in the speedy settlement of the Nagorno-Karabakh conflict, just like his American investors. Armenia needs the US as an instrument of pressure on its three most serious geopolitical opponents today: its main rival is Russia, the main enemy is Iran, the main obstinate partner is Turkey, and it is able to exert pressure through Yerevan both directly and indirectly through Baku with the pulling in it is in the next round of escalation of the Nagorno-Karabakh conflict.
Armenia in the plans of the United States today is given the role of a kind of "Pandora's box" designed to destroy the beginning of the rapprochement between Russia, Iran and Turkey, which has become especially noticeable against the background of the near-Syrian conflict. That's why Pashinyan also declares in advance unrealizable demands, so that he then as an experienced populist could shift responsibility for the failure of negotiations from himself to someone else.
In general, the current Prime Minister of Armenia has recently begun to make claims against Russia absolutely unacceptable to the Kremlin, each of them formulated in such a way that it’s even partial execution necessarily entails either political or economic damage for the so far still ally. Take, for example, the most recent to Moscow to stop the sale of weapons to Azerbaijan. It should be understood that in principle Russia cannot fulfill it, since it will damage its reputation on the world arms market as a whole, since the failure to unilaterally contractual obligations with the prepayment already received is a proof of the counterparty's insolvency .. It is sufficient to remind, what was the damage to the image of Russia on the world arms market, when President Medvedev, under pressure from the United States and Israel, broke off contracts for the supply of antiaircraft missile systems to Iran and Syria.
In fact, Pashinyan does not give Putin space for maneuver: either he is entirely on the side of Armenia, or...
In other words, Pashinyan took up his favorite business-political blackmail, in which he really succeeded during the campaign against the absolutely pro-Kremlin political regime of Serzh Sargsyan. Only this time, Russia and its president Vladimir Putin are the object of blackmail.
It is obvious why he does this: he does not need the concessions of the Kremlin; on the contrary, he counts on the firm and even irreconcilable position of the Russian authorities, since he needs to form in the Armenian people a "critical mass" of discontent with Russia's policy towards Armenia, whose excess, with the right organization propaganda will cause a social explosion, mass public protests demanding the severance of allied relations with Russia and the conclusion of a similar treaty with the United States and NATO in general, which fully corresponds to their political interests in the Black Sea-Caucasian region. Pashinyan today is trying hard to achieve "points of no return" in relations with Russia, and he does it more skillfully, less rudely and clumsily, as Saakashvili did in Georgia. And he will go to the end in implementing his mission of dragging Armenia and declaring Russia and transferring it into the arms of the United States.
Oleg Kuznetsov
Political analyst