What message does the U.S. send to the world? - US withdrawal from UNHRC | Eurasia Diary - ednews.net

What message does the U.S. send to the world? - US withdrawal from UNHRC 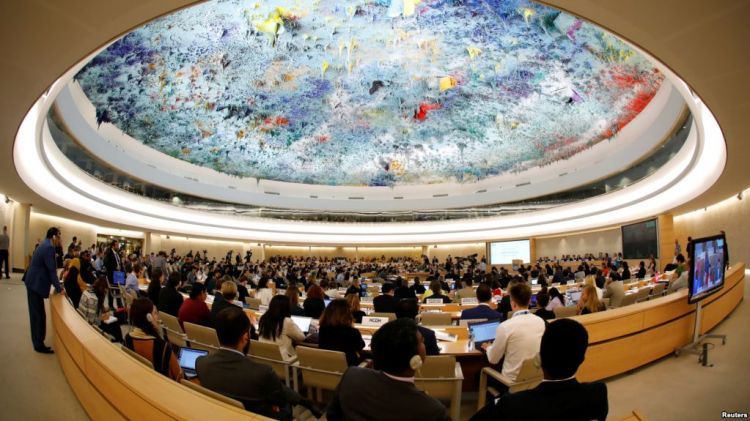 The United States withdrew from the UN Human Rights Council, as Trump administration accused it of “chronic bias against Israel.
Trump regularly criticizes the United Nations and sees it as inefficient and over-spender. US President several times called for reform of the UN.
The Council, since it was established in 2006, adopted 78 resolutions on violations of the human rights of the Arab population in Palestine. Donald Trump blamed the UN to impress upon Israel.
The United States has already significantly reduced funding for a number of UN agencies and projects, and also withdrew from UNESCO.

Asim Mollazadeh
Member of Parliament of the Republic of Azerbaijan
Azerbaijani MP, Asim Mollazadeh stated for Eurasia Diary that US withdrawal from UNHRC is an aggressive policy, despite the fact that Israel is one of the closest allies of Washington. He said this issue will not be a precedent for other member countries of the Council. Umud Mirzayev
IEPF President
President of the International Eurasia Press Fund (IEPF) Umud Mirzayev said the rules should be equal for everyone and no one has right to violate territorial integrity of a country.
“The UN resolutions are adopted by voting system and each country should respect the results. I guess US decision to withdraw from UNHRC was early act and I’m sure Washington will return to the organization, as it did in 1980 when it left UNESCO and rejoined in 2003,” Umud Mirzayev told Eurasia Diary. Oleg Kuznetsov
Political analyst, historian
Russian historian, political scientist Oleg Kuznetsov called the US withdrawal from the UN Human Rights Council a serious strategic mistake by Washington, which in the long term may have serious consequences for it.
“The voluntary withdrawal of the US from one of the key elements of global politics means that its opponents like Russia will occupy its seat in international arena,” he added.
Kuznetsov mentioned that the US withdrawal from the UN Human Rights Council, showed the presence of double standards in the practice.
He concluded that from the point of view of the US authorities, Israelis have right to kill Palestinians and violate basic human rights. But when the similar steps are taken against Israelis themselves, it is described as the violation of human rights.
Natalia Guliyeva