There is more political implications in discords between Turkey and U.S. - Oleg Kuznetsov | Eurasia Diary - ednews.net

"I saw perseverance and determination in the countenance of the President" - Umud Mirzayev
Read: 240

After Fuzuli came under our control, more opportunities opened up to move in Shusha direction - Ilham Aliyev
Read: 208

There is more political implications in discords between Turkey and U.S. - Oleg Kuznetsov 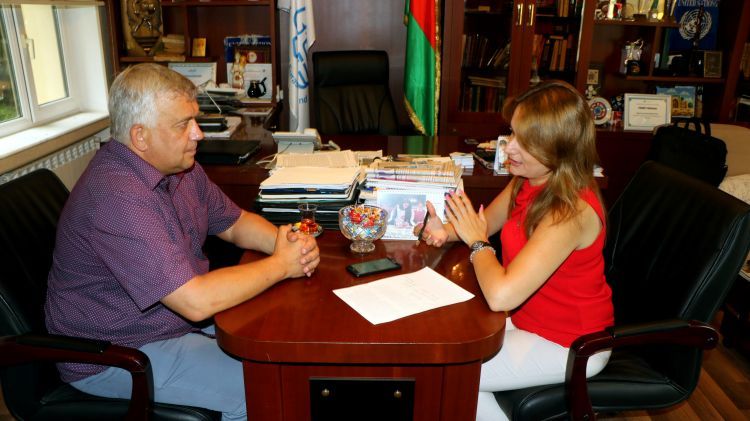 Tensions rise between Ankara and Washington. On August 17, U.S. President Donald Trump announced double import tariffs on aluminum and steel from Turkey, which caused the collapse of the Turkish lira to a record low. In response, Turkish President Recep Tayyip Erdogan raised duties on a number of American goods, including tobacco, alcohol, and cars.

- In your opinion, what is really going on between Turkey and the U.S. in recent time?

- Last time, we can observe a wide range of disagreements between Turkey and the U.S., starting with the failed coup attempt in Turkey, traces of which stretch to the Incirlik Air Base and to the latest sanctions imposed by the Trump Administration on Turkey aimed at increasing tariffs on steel and aluminum, taking into account the fact that Turkey itself is not an aluminum producer.

When duties are imposed on Russia, this can be viewed as a sanction against the manufacturer, but here, in fact, there is an attempt to block the intermediary, given that this will not bring any serious infrastructural damage to the country of the producer.

In this case, there is more political than economic overtones.

The political subtext is caused by the fact that Turkey is now the most rebellious and perhaps the weakest state in the NATO system, which is pursuing a policy that goes against the policy of NATO and the United States in the Greater Middle East region.

First of all, Turkey conducts independent policy in Syria, and secondly, Turkey, in one way or another, supports Hamas in the Gaza Strip.

Now Turkey is in a situation where it is forced to defend its sovereignty at the regional level and must build relations with the largest players in the region of the Far East, and these include the traditional opponents of the United States - Russia and Iran

Moreover, U.S frankly asserts that Iran is their chief enemy, Russia is the main rival and Turkey is the most obstinate ally for them.  In the current circumstances, Trump, of course, is trying to return Turkey under the influence of the U.S. and NATO, to return to the subordinate plight in which Turkey was in the Cold War era.

However, taking into account the fact that military-political measures are not efficient, USA is trying to pressure Turkey economically, although these measures are economical only in form, but political in nature.

Of course, Turkey is making a very serious non-economic and political gesture, claiming that they will impose their counter sanctions against the United States. However, if Turkey proves that it is able to sustain its own security with components from China, then many countries located in the subtropical climate belt can follow the example of Turkey.

Recently, Erdogan announced that Turkey would refuse to use the dollar in international trade relations with at least four countries, such as China, Russia, Ukraine and Iran.

These are the countries that count for 1/3 of the Turkish foreign trade turnover. It will lead to reduction in dollar mass and, accordingly, to the devaluation of the dollar, which may stop the American money printing machine for a period. However, Turkey can play into the hands of Trump, who said that he should reduce the U.S. government debt by $ 1 trillion until the end of his first presidential term. The rejection of the dollar can lead to the formation of a free dollar mass, which the U.S. can withdraw, utilize and hide, and then, at a certain point, again throw onto the market. In this sense, Erdogan's position looks more populist than economically calculated.

- Should we expect Turkey to leave NATO?

More economic contradictions, less points of contact between the countries of one organization and thus the process of meaningful disintegration start. Now we see that Turkey consciously cuts some ties and try to be independent. However, today Turkey's military system is fully integrated into the NATO system and Turkey cannot instantly withdraw from the alliance.

It's banal; at once international terrorists will run in and it's banal, because it will not be clear which airplanes will fly through airspace of Turkey. Therefore, before to withdraw from NATO and abandon a single defense system, Turkey needs to create its own defense system and it seems that it is starting to be created. Turkey purchases from Russia an anti-aircraft missile system, i.e. a material basis is being created for further integration into Iran and the CSTO, or at least the basis for bilateral integration between Russia and Turkey in ensuring security in water and in the air.

This is military-technical and then economic turn in the relations between Russia and Turkey. By imposing sanctions, Trump declares Turkey as an outcast against the Western world on the one hand, but on the other hand, he pushes it into embrace of Russia and Iran. Given the presence of America in Syria in the Syrian conflict, and the presence of America in Iraq, these are practically two regions that are sources of collective instability in the region of the Near East that threaten Turkey, Iran, Russia, and Azerbaijan.  It comes to the meaning, that numerous for their population and economically developed countries should unite in order not to lose their state-political sovereignty. And now Trump by his not foolish policy from the perspective of U.S. interests but foolish policy from the point of view that regional realities are not taken into account creates an alliance of countries that can jointly successfully oppose pressure from the U.S. and its allies in the NATO in the interests of their regional policy.