New economic strategy of Armenia - What it offers and misses | Eurasia Diary - ednews.net

Russia welcomes US plans to reduce troop size in Afghanistan to 4,000
Read: 697

New economic strategy of Armenia - What it offers and misses 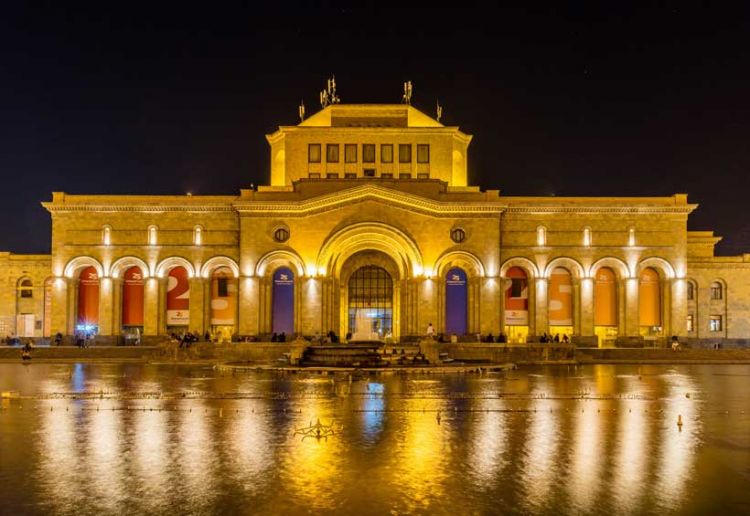 Karabakh clan or Kocharyan and Sargsyan governments were able to protect itself from domestic pressure using victory in war in Nagorno-Karabakh and control over it as a source of legitimization. With this strategy they were able to eliminate people’s discontent on economic and social problems.

According to 2016 data Armenia’s annual emigration rate was 4-5% of the whole population which were the highest in the world. Average monthly pension at the time was $90 and 20% of children under five years had health problems because of undernourishment (Opendemocracy, 2016). Along with these problems illegalities and high level of corruption made economic condition in the country even worst.

However, after the “Four-Day War” in 2016 in which Azerbaijan was able to return some strategic heights along the front, legitimacy of Sargsyan government came under the question. According to Armenian side during the war their military’s casualties reached 64 military servicemen, 13 reservists and more than 120 wounded (civilnet.am, 2 April). The  obvious superiority of  Azerbaijan army in the war de-stabilized political situation in Armenia forming base for “Velvet revolution” of 2018 that lead to change in government.

With the existence of escalated security concerns and constitutional change in 2015, that had to allow Sargsyan to serve as Prime Minister in the new system, population did not tolerated socio-economic problems any more and went to streets to carry out the coup ( hir.harvard.edu, 2018).

Despite good economic development indicators in 2017 (7.5% growth of GDP) Armenia still had high unemployment and undernourishment rates which was the result of high inequality (hkdepo.am, 2018). Along with political issues these significant social-economic problems also played important role in “Velvet revolution”.

After coming to power in order to solve economic problems Pashinyan’s new government introduced “revolutionary economic program” and adopted by Parliament in February of 2019without support of two opposition parties. Armenian government plans to eliminate extreme poverty by 2023, to increase exports to 43-45% of GDP by 2024 and achieve  economic growth at a rate of at least 5% annually(jam-news.net, February 15).

One of the provisions of the document was dedicated to formation of fair, transparent and free business environment. It this provision it was mentioned that one of the key factors impeding economic development is the existence of unfairness and impunity of a privileged class.

Program also puts high responsibility on Armenian citizens as the in discussions of the program  Pashinyan declared that effectiveness of this program will depend on how citizens will respond to our call and how many will take advantage of new of opportunities that  the revolutionary program proposes (eurasianet.org, February 15).

Despite purpose of revolutionize the economy addressing main economic problems document faced high criticism from different Armenian experts, politicians and activists. Most people criticize the document for not having concrete structure and steps and not outlining mechanisms and sufficient timelines to achieve proposed targets. During the parliament discussions some opposition politicians said that “Abstract concepts do not make an economic revolution” and citizens expect concrete actions which require political will, resistance, and knowledge (oc-media.org, March 2).

New economic strategy also fails to address some of the main obstacles that businesses face in the country. First of all, high taxes prevents small businesses to operate efficiently and to compete with big businesses. Not coincidentally, during the parliament discussions of new economic strategy prime minister of Armenia asked businesses to print cash receipts in order to prevent formation of shadow economy (Arka.am, June 6). If all cash receipts will be printed then it will left most of small businesses without substantial earnings damaging business environment. It is better to decrease taxes before asking and expecting businesses to print receipts for all transactions.

Second unaddressed obstacle for businesses in Armenia is high interest rates of loans that play important role in financing businesses. Without providing necessary financial availability for small businesses it is meaningless to discuss any favorable business environment.

Taking in account that big businesses mostly belonged to Armenian oligarchs which have the opportunity to easily avoid high tax payments using their political power and are capable to pay loans with high interest rates new economic strategy mostly favors them (azatutyun.am, 2018). And within the existence of political problems in the country that threatens power of new government it is not realistic that government will go against these big businesses at least in short term.

Therefore, targets and directions determined in new “revolutionary economic program” are exaggerated and mostly serves for maintaining political stability in short term. If it will not meet expectations and determined targets in medium term it will create social discontent increasing pressure on new government. As the economic problems were one of the main drivers of “Velvet revolution” the effectiveness of new economic plan will play important role in securing political power of new government.