"The genocide in Khojaly is simply the tip of the iceberg" - U.S. political analyst Peter Tase - VIDEO | Eurasia Diary - ednews.net

Apophis meteor will gently pass by Earth tonight - experts warn it could collide with our planet in future
Read: 3552

"The genocide in Khojaly is simply the tip of the iceberg" - U.S. political analyst Peter Tase - VIDEO 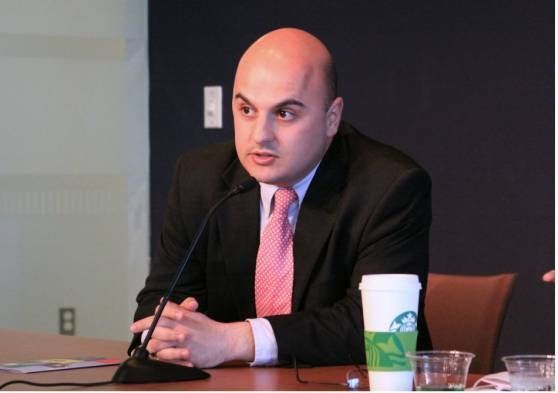 On August 5th Armenian Prime Minister Nikol Pashinyan delivered a one hour long speech before the people of Nagorno-Karabakh, stating that "Artsakh is Armenia, and that's it."  In Pashinyan's statement is clearly evident the spirit of belligerence, lack of remorse and scarcity of repentance.
The massive crimes against humanity committed by Armenian Armed Forces; ethnic cleansing of the Azerbaijani Population in these territories of Nagorno-Karabakh including the genocide in Khojaly are simply the tip of iceberg when it comes to unravelling the monstrous acts of vandalism and torture against the Azerbaijani innocent civilians committed by Armenian Armed Forces in sovereign territory of Azerbaijan. The Vienna Talks of March 29, 2019; between the president of Azerbaijan H E Mr. Ilham Aliyev and Armenian Prime Minister Nikol Pashinian, will remain in modern historical records as a missed opportunity to reach a peaceful solution of armed conflict in sovereign territory of Azerbaijan. Mr. Pashinyan came out once again as a national leader of Armenia with fascist nuances that has betrayed his country's economic interests by embracing the immage of Benito Mussolini as he addresses the crowds inside the sovereign territory of Azerbaijan. There is no doubt that the bilateral and multilateral peace process is at harms way and it will take a very long time in order for both nations to sit on a round table again in Vienna or any other European Capital. It is so unfortunate to have these thuggish leaders in Armenia who are always hesitant to admit all of the historical facts and truth, and accept their horrendous errors and move forward. Bilateral peace negotiations between Armenia and Azerbaijan will be absent for some time. In the same vein it is disturbing to see a constant silence of European Union member countries and United States in remaining silent and NOT denouncing the illegal visit of Nikol Pashinyan in the occupied territories of Azerbaijan, and sovereign region of the Republic of Azerbaijan.