The US’ threefold strategy in Afghanistan and the failed peace parley | Eurasia Diary - ednews.net

There is no power structure in the world that can deal with issue of this scale - Armenia PM to people
Read: 344

The US’ threefold strategy in Afghanistan and the failed peace parley 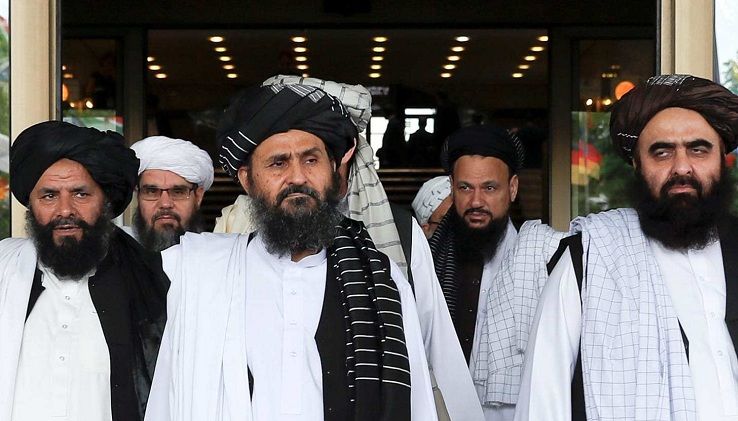 Right from the start of talks between the U.S. and Taliban, the Afghan government called for a comprehensive ceasefire across the country to pave way for a potential peace deal, but the U.S. Taliban and other stakeholders neglected the Kabul administration and moved ahead with the Taliban on the negotiation table.

Surprisingly, a few hours before the signing of a landmark peace deal with the Taliban’s, the U.S. President Donald Trump tweeted that he is canceling a secret meeting with Taliban’s leaders at Camp David.

The cancellations of the secret peace talks between Donald Trump and the Taliban leaders exposed the United States’ threefold policy in Afghanistan. President Trump is apparently playing on three fronts with the Taliban, Afghanistan government and the other stakeholders who have interests in the country.

When the Taliban were targeting innocent civilians in Afghanistan in a series of bombing and armed assaults, the U.S. was entertaining them on the negotiation table for talks in a fancy hotel, but when the Taliban turned their guns towards the U.S. forces, immediately the U.S. withdraws from these talks.

One thing that can be derived from this narrative is that the U.S. has no concerns if the Taliban target the Afghan people and cause destruction in the country. The U.S. is only concerned for the American troop’s safety and security. It also reveals that the U.S. wants a safe and triumphed exit from Afghanistan, but it sounds difficult under the fast-changing situation as the U.S. will now engage in more fierce battles in Afghanistan after scraping the peace talks.

The United States has been negotiating with the Taliban, the Afghan government and other stakeholders at different levels. It cared the least for the internationally recognized Ashraf Ghani government in Kabul.

Why the U.S and Taliban talks failed?

Just like the U.S, the Taliban are also pursuing a multi-prong policy while being in connections with several other stakeholders and trying to exploit their position at the maximum level by getting benefits from all sides. The lack of confidence between the U.S., and the Taliban’s is guaranteed by the third-parties as to the direct communication channel between the Taliban and the U.S. is always set by the other players.

Therefore, the lack of confidence is one of the major reasons for the failure of these talks. The recent attack on the U.S. troops is the latest that triggered major concerns in the U.S. that after the final announcement of the successful peace talks with the Taliban, Washington will be not in any position to withdraw if these attacks continue in Afghanistan on the U.S. forces.

Who has Leverage in Afghanistan?

Taliban’s existence in Afghanistan is in small pockets, very far-flung districts and regions where the Afghan forces have no access or they cannot stay long to clean up the Taliban’s leftovers. They have a prominent presence in northern Kunduz and Baghlan provinces with limited presence in Faryab, Takhar and Jawzjan and Balkh.

Some 30 percent of Afghanistan, mostly rural parts, remains influenced or controlled by Taliban. For the first time in many years, a more hawkish security leadership has gone after and targeted Taliban in their rural bastions resulting in desperate reactions and attacks from Taliban in cities.

The ground realities have changed as compared to the 1990s when the Taliban come up with their Emirate. In the Afghan society, there is no space for any form of Taliban rule as people have seen the destruction caused by the Taliban, ISIS, and ISIL in Iraq, Syria and Afghanistan. Consequently, the people of Afghanistan and the government both have huge stakes as compared to any other power.

There is no acceptance of any form of Taliban government in Afghanistan in the near or distant future. If the U.S. has any plan to keep some good Taliban for the maneuvering of its future strategy in this region, it is not based on any rational approach.