American expert: - China is the only nuclear state that has declared no first use of nuclear weapons
Read: 762 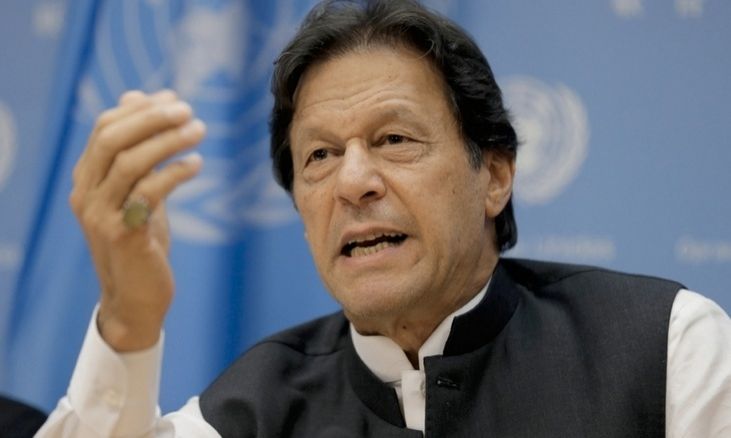 More than fifty days passed, still no response from the international community to Kashmir (read as Indian Occupied Kashmir), how long the people there will suffer?

Pakistan called several times world to react because the collision is too risky and devastating. Everyone hopes that there is still a chance to find mutual understanding. For that, Pakistani PM Imran Khan will bring the case to 74th Session of United Nations General Assembly (UNGA).

The modern world is struggling with injustice today. UNGA is an arena where world leaders addressing their views and expressing their opinions. It is the best place where the international community to hear you.

MAYBE, INTERNATIONAL LAW IS BROKEN USUALLY TODAY, BUT IT DOESN’T MEAN IT DOESN’T EXIST. STILL, IT IS THE MAIN FACTOR TO JUSTIFY YOUR ACTIONS.

India claims that with abolishing Article 370 will bring development to the region. Every day we are hearing abolishment of humanitarian law in Indian occupied Kashmir. How it can be understood that to isolate the whole region is development?

How India can implement its decision without the consent of local leaders? How it is possible to undermine self-determination which is justified in UN resolutions?

People in Kashmir are protesting against Indian control. They have two desires: merging with Pakistan or freedom. The situation in Kashmir has been turned to a humanitarian crisis. New figures show that 13,000 young arrested, some detained for 50 days. Many of detainees are 14 years old teens.

The numbers are presented by foreign media not Pakistani, apart from this, 200 local politicians have been detained, including former Chief Ministers Mehbooba Mufti and Omar Abdullah.

It was said that during arrests, Indian army uses excessive force and tortures. There is nternet and mobile access since last 50 days. This action blocks citizens to share realities via internet to the world.

Why ordinary people should live under iron siege? Being Muslim should not be a sin. How India can persuade Muslims of development after such activities?

The change of situation unlawfully is serving directly national interests and development of India also.

Kashmir in the UNGA sidelines

United Nations General Assembly is a place where all nations express their problems and also global challenges.

In his speech, Turkish President Recep Tayyib Erdogan showed his support to Pakistan calling both sides into dialogue. Azerbaijan in its turn supported the resolution of conflict within the basis of international law and also gave historic support within OIC Contact Group on Kashmir.

Besides such supports, meetings with world leaders on the sidelines of UNGA hold special importance. Pakistani Prime Minister Imran Khan met with US President Donald Trump second time in this year. Pakistani PM described the situation in Kashmir to US President.

“For 50 days, the people of Kashmir have been locked down by 900,000 soldiers,” Khan said, describing mass arrests, non-functioning hospitals and “a total news blackout,” Mr Khan stressed. He also emphasized his concerns for the possibility of the massacre in the region for Muslims.

It should be noted that Indian and US leaders experience warm relations in this year. Modi joined with Donald Trump campaign in Texas and showed him support. Trump expressed his consent to Modi. He hailed bilateral relations and especially increasing trade volume between two countries.

However, Donald Trump offered help to both nations to solve the problem. He called both sides to enter a dialogue. It is his 4th offer as a mediator for 2 months. But, India again rejected mediation.

Imran Khan again stressed the possibility of war with India. It means that if the problem has no diplomatic solution, a military confrontation is possible. It is false to expect Pakistan to stay calm on the annexation of Kashmir to India.

Generally, aggressors should be pressured for achieving stability. India’s actions in Kashmir are enough for us to call them as an aggressor.

“(I am) Disappointed by the international community…There’s no pressure yet on Modi,” Imran Khan said, adding, “We’ll keep putting the pressure.”

The initial pressure can be a threat of sanctions. Main economic partners of India are US, Saudi Arabia, UAE and China.

Supporting India is the best bet for the US in balancing China. So, we shouldn’t expect pressure from Trump administration. In contrast to US, Pakistan is the best partner for China to unchain this block.

Unsatisfied actions have been done for Kashmir. The last hope is making everyone be aware of it. Imran Khan will speak for Kashmir in front of all leaders. He also announced that he was not an optimist about the international reaction to Kashmir after the UNGA session. But, what if the UN doesn’t hear, who is going to do?

Imran Khan will ask for the UN intervention to the conflict, maybe to send observers. Pakistan is afraid of the probable massacre because India’s heavy military deployment and using tortures make Kashmiris and Pakistanis come to this idea.

Most of the time the UN is late for conflicts and million innocent people give their lives. Kashmir is not like other conflicts, imagine the world most militarized region with more than a million troops and two nuclear-armed states, the result just can be devastating.

The problem is what if there is no reaction, who will bear the circumstances?

Written by Ulvi Ahmedli - Research Journalist who has specialization in Regional Affairs.