US allies fear for being next victims as Kurds - Political analyst says | Eurasia Diary - ednews.net

Apophis meteor will gently pass by Earth tonight - experts warn it could collide with our planet in future
Read: 3710

Syrians deserve to have their own territorial integrity, expert said 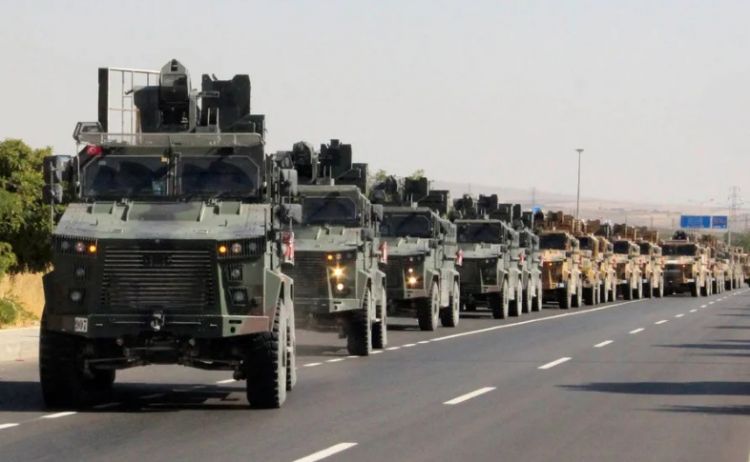 Syrian northeast territory has long been under US backed YPG/PKK terror groups. Over years the groups have gained power over the territory as well as becoming potential thread for both Syria and Turkey. Despite the clear message from president Erdogan that they would one day hawk them unexpectedly, the groups even raised pressure on the civil population by forcing children, young generation to be human shields for them.

However the opinions across some of the world leaders sounded different after Turkey pressed the button to launch the operation. The interview with the political expert on Middle East, award winning journalist Hugh Miles will bring clarification to this complex situation.

In his interview to Eurasia Diary, the expert first referred the criticism of several world leaders on Turkey’s military operation to the US betrayal on Kurds, which made also US allies shocked of such a perfidy.

“It is criticised because America has lots of other so-called allies like Saudi Arabia, the UAE and Israel who are all watching how President Trump just so ruthlessly dumped the Kurds and wondering if the same thing might soon happen to them. Secondly, the foreign policy ‘blob’ in Washington which still believes in Full Spectrum Global Dominance and has no imagination for alternative policies had a collective panic attack at the idea of any kind of US military disengagement” said the expert.

In the question if Turkey’s anti-terror military cleanup can stir-up terror flames in the region the expert Hugh Miles cited the term of military can never ensure peace and security.

“This move destabilises Syria again and will lead to unexpected consequences. In the short term hundreds of thousands of Kurdish civilians are going to be displaced and many hardened IS fighters who the Kurds were guarding in prison could soon be released. The consequences if that happened would be hard to predict but could be serious and far reaching.”

He also commended on Kurd’s reaction in terms of revenge or counter-attack, such as by plotting a terror act inside Turkey.

“The Kurdistan Workers' Party (PKK) which is regarded as a terrorist group in Turkey has been fighting for Kurdish autonomy in Turkey for three decades and Turkey has given a number of martyrs. In the wake of the new invasion this conflict will inevitably deepen and so a new wave of violence inside Turkey seems one likely outcome.”

“The Syrian regime is seeking to reclaim every inch of its territory. It opposes Kurdish autonomy and any uninvited external influence in Syria,” said in his answer to the question if Syrian regime would react to operation Peace Spring.

“It should be remembered that this Turkish invasion, like the US military presence that has just been withdrawn, is an illegal invasion of Syria under international law since neither Turkey nor the US were ever invited in by the Assad government - unlike for example Iran, Russia and Hezbollah.”

The political expert also mentioned about the possible foreign aid to Kurdish miltants.

"The Kurds have been betrayed over and over throughout history and it looks like once again no one is about to rush to their aid. Unlike other US “allies” they have no money to win over President Trump by buying expensive military equipment and fast jets. However the situation is fluid and the Kurds may be able to win some foreign support in the coming days. It should not be taken for granted that the Kurds are going to be easily suppressed because despite the strength of the Turkish forces the Kurds will be fighting now with their backs against the wall," he concluded.