Unknown fighter jets tried to attack the Russian air base in Syria
Read: 723

'We have no secret' - Putin reveals he informed Medvedev about government resignation
Read: 530

After returning from Khojaly, I started drinking... - British journalist: We sympathized with the Armenians
Read: 322

The cooperation with the African countries will enable Moscow to promote its interests on international platforms more successfully, according to the expert. 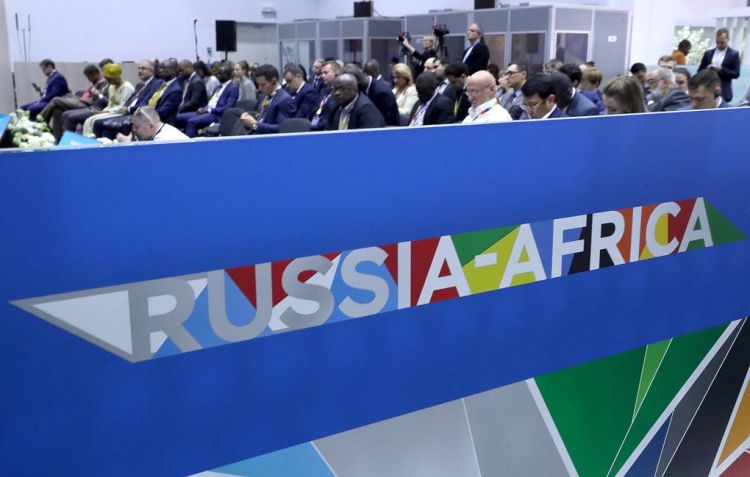 Moscow may lose global influence unless it indicates the interests on the African continent, for which all global players are competing now, Director of the Institute for African Studies at the Russian Academy of Sciences Irina Abramova told TASS.

"Africa is the zone where all big players overlap since its geographic location between the east and the west puts it at the peak of controversy and big game between all players, meaning between Europe and America, on the one hand, and China, India and other countries, on the other. And if Russia poses as a superpower it will lose its global influence without indicating its position in Africa as well," she said.

The fact that many prominent politicians and businessmen of the continent graduated from Russian universities and speak Russian well contributes to strengthening of the Russian-African relationship, the expert said, adding though that a new generation is about to take over in Africa, which is why Moscow should maintain the existing solid cultural ties.

Moreover, she emphasized that African countries own one quarter of votes in the UN structures, adding that the cooperation with them will enable Moscow to promote its interests on international platforms more successfully.

Abramova considers the expansion of cooperation with African states to be highly advantageous for Russia from the economic viewpoint. The continent is rich in mineral resources required for the development of Russia’s defense and high-tech industry - bauxites, rare metals, manganese, cobalt, lithium and other mineral resources, she said. They also boast low production cost and a high content of useful materials, the expert said, adding that the African continent is also the most important market for Russian products, which is of particular importance in the context of Russian President’s request to boost the country's non-resource exports to $250 bln by 2024. "The growth rates of the African market’s development are very high as young people account for 65% of all Africans, securing the demand particularly for up-do-date goods and services. The middle class is expanding very fast there, already amounting to 250-300 mln people," she said. "That is a very good market for Russian products. The Chinese understood that long ago and are tapping the African market, having flooded it with their products, though Russia also has opportunities as it is fairly competitive in the energy, infrastructure, agriculture sectors, fertilizers, trucks and aircraft supplies, particularly amid the cheap ruble," Abramova explained.

Non-energy items currently account for 90% of Russia’s exports to African states, which may be considered as an ideal example of the external trade structure, she added.