Enhancing Security Cooperation between Iran and Pakistan and regional challenges 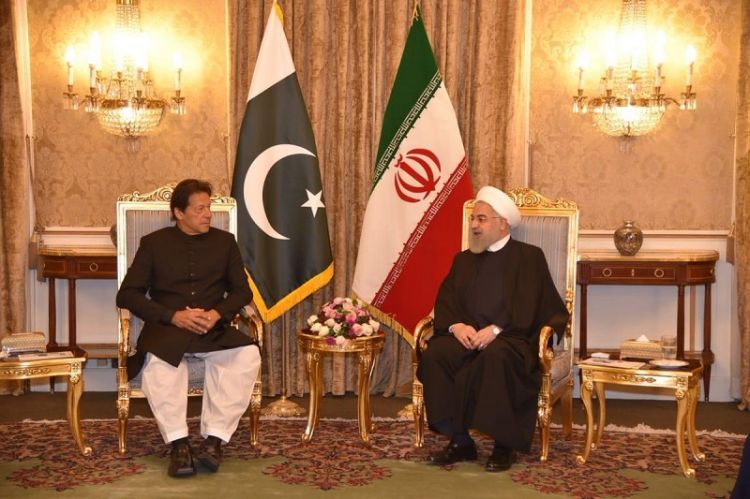 Important statements have been voiced during official meetings. Iran announced its concern over the Muslim world and readiness to protect any Muslim community across the Islamic world and called joint efforts over solving problems.
Border-security, Afghanistan problem and mutual security relations had been on the agenda in the meeting. Besides discussing military relations, both sides also emphasized economic cooperation and the need for growth in bilateral trade.

Iran is a country which strongly defended Pakistan in the Kashmir problem. Iran provided Pakistan with material support in 1965 and 1971 wars with India and the first country recognized Pakistan’s independence.

Imran Khan’s government doesn’t want to lose such a partner. We could observe high activity in the relations between the two countries during this year.

PM Khan visited Tehran with the reason for the facilitation of relations with Saudi Arabia. It was his second visit this year after April.

Iran also needs Pakistan on its side amid sanctions from Western countries which have led Iran into serious economic problems.

According to Iranian Foreign Minister Mohammad Javad Zarif, all regional countries have to jointly cooperate for preventing terrorism. Zarif thinks that it is not wise to believe US assistance, so, countries have to prevent jointly.
In the meeting between Rouhani and Gen. Qamar Javed Bajwa, the Iranian President also supported Zarif’s statement. Rouhani emphasized a strong willingness for resolving regional problems through joint efforts, not with the assistance of the US.

I believe that in a meeting with the commander-in-chief of the Islamic Revolutionary Guard Corps Hossein Salami, the issue of terror attacks along the southeastern border might be under discussion.

On February 13, terror attack in Sistan-Baluchistan left 27 members of the elite Iran Revolutionary Guards killed. The suicide was considered linked to the Jaish al-Adl terror group which links with al-Qaeda.

Several terror attacks are conducted in the Iranian-Pakistan border which leaves several victims. One of the latest happened in October 15, fifteen Iranian Basijis (volunteer forces) and border guard forces were abducted. As a result of Pakistan’s effort, five of them were released on November 15.

Noting that, Pakistani Prime Minister Imran Khan together with Iranian President agreed to set up a joint rapid reaction unit along the common border to combat terrorism in April, following the February attack.

After the meeting, Tehran and Islamabad launched strong joint efforts to prevent terrorism on the border. On November 9, Iran’s Border Police commander Brigadier General Qassem Rezaei stated that border guards of two countries have set an agenda for protecting the common border after the official meeting of PM Khan with President Rouhani.

Two countries welcomed efforts on resolving regional problems together. The visit of the Pakistani General is the obvious indicator.

Although Pakistan under Imran Khan’s government faces serious political, economic and security challenges but he is trying to solve all issues through dialogue. It can be easily felt his approach in mediating Saudi and Iran tension and facilitating negotiations between the Taliban and the US.

Imran Khan avoids hard talks and shows initiations over peaceful dialogues. The same approach can be applied to Pakistan and Iran relations. Chief of Pakistan Army General Qamar Javed Bajwa’s visit to Tehran for discussing Iran and Pakistan security problems points out positive development on security cooperation. It means two countries understand and accept the need for joint work, not an individual approach.