The return of the ‘Black Death’ - 'making its way from the East to the West' - US Medical Expert - EXCLUSIVE | Eurasia Diary - ednews.net

Russian plane with medical equipment departs for US
Read: 1194

What if mother Earth stands behind COVID-19?
Read: 320 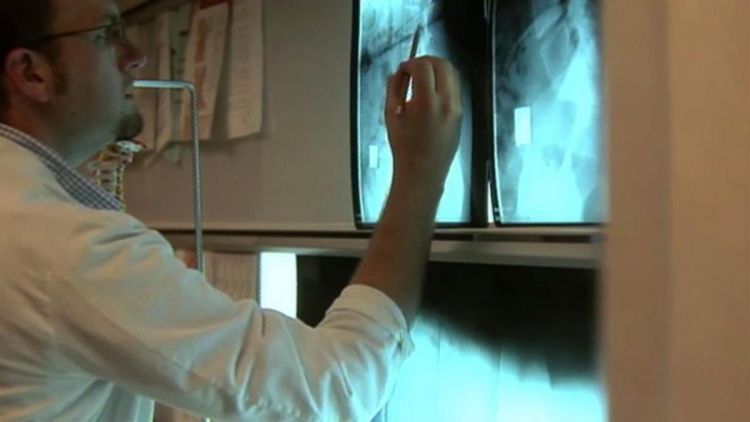 Over the past few months the COVID 19 became popular all over the world. Starting from the gate to the east China the disease quickly spread around the globe. It is now the century of the mass killing of the human kind as the result of an obscure bacterium that is going to shake the world.

EDNews prepared an exclusive making an in depth report of the threatening COVID-19 around the globe and its affects on overall activities of the world. In this exclusive you will also obtain valuable information in comments of expert from the United States concerning the origin of the coronavirus which is indicated as a prototype of the Black Death or Plague disease of the XIV century. So, does that mean it is back again..?

What has so far media told of that disease?

On many columns of medical reports about the COVID 19 disease we can frequently see these descriptions:

Those being suspect of having the virus for 1 to 14 days before developing symptoms may have fever, tiredness or weakness in the body and dry cough that partially relates to pneumonic illness. It is a little heart-warming to hear of some infected patients that can be easily cured unless in the worst cases the disease could be serious and even fatal. Older people, and people with other medical conditions (such as asthma, diabetes, or heart disease), may be more vulnerable to becoming severely ill.

Finally, these are the common symptoms that people may experience in case they catch this disease:

Now let’s view the media report of victims from the furious COVID 19 or may be if not misspelt to call it in its archaic name of Plague.

According to the recent reports, so far in Spain 380,000 virus cases have been registered while just yesterday the 6,600 cases of coronavirus cases freshly highlighted on media. The core of the virus after China was Italy in Europe as a result of not taking serious measures on time. The Monday report said of the 602 new COVID19 deaths in Italy. Given the rising death toll from the disease in overall the countries and plus the bodies of dead patients that were sent to cremation in several countries, including China, Singapore and Italy caused serious concerns. It is now becoming more suspicious to entitle it just a mere infection with common flue and cough.

What scientists reveal about COVID-19 Coronavirus Pandemic in relation with Bubonic Plague?

Many scientists point out historic pandemics to explore more about the COVID-19 outbreak that are much alike with many of its procedures, such as a long-time halt under quarantine and social distancing mandates. But "public health" wasn't even a concept before one European crisis forced authorities to act: The bubonic plague or Black Death.

What does the bubonic plague pandemic of Europe and Western Asia in the 14th century tell us about pandemics more broadly, and the coronavirus contagion in particular? According to the author of the MedicineNet, Melissa Conrad Stöppler, MD from the United States, bubonic plague is widely considered the cause of the deadliest pandemic in recorded history. She says the world has seen at least three pandemic outbreaks of bubonic plague. But the worst and best-known is what we now call the 'Black Death' of the mid-14th century.

"The so-called Black Death, or pandemic of the Middle Ages, began in China and made its way to Europe, causing the death of 60% of the entire population," by some estimates, Dr. Stöppler writes.

The coronavirus pandemic owes one of its major features to the Black Death outbreak: quarantine. But that's not all we learned from the world's deadliest pandemic, she added.

The first theories of disease contagion started to appear in Europe in response to ongoing bubonic plague outbreaks. These led to new public health measures like compulsory burial and limits placed on overland movements.

Which is the deadliest?

Medical reports confirm that the Plague still exists today, but the science is not as incapable as it was seven centuries ago. It is now better understood how to effectively treat the disease.

Much of the world has witnessed a plague epidemic at some point, but most cases in the modern day occur in Africa.

According to reliable sources, the three most endemic countries for plague today are the Democratic Republic of Congo, Madagascar and Peru.

Today, the pandemic COVD-19 much resembles the Black Death of the XIV century with it is typical symptoms – fever, headache and weakness.

However, the media analysis report that unlike the Black Death or Plague, the treatment of COVID-19 is easy and the risk of fatality is less than that of the Plague as it is more related to infections from rats, mice and fleas on animals. In the report of the World Health Organization it states that the Black Death in the XIV century killed more than 50 million people. Those who were infected with the Black Death or the bubonic plague had a 50 percent chance of death. It was characterised by swollen lymph nodes or ‘buboes’. Therefore it was also called bubonic plague in the medicine.

In her article, Doctor Melissa Conrad Stöppler made an interesting historical comparison following the spread of the novel coronavirus of our century.

She puts forward the shut-down of the borders and seaports among countries as a sign of a big virus alert. She says in 2020 at least three cruise ships from coronavirus-stricken areas have been refused port in places like Japan, Thailand, and the Philippines out of concerns their passengers and crew might spread infection.

In similar fashion, novelist Daniel Defoe once described traveling by ship through Europe from London during the city's Great Plague of 1665:

"The trading nations of Europe were all afraid of us," he wrote. No port of France, or Holland, or Spain, or Italy would admit our ships."

It was common for ports to turn away ships from plague-ridden places for extensive quarantines of as long as 40 days. Likewise, millions of people across the globe are currently bunkering down in self-isolation in an effort to curb the spread of COVID-19 coronavirus.