US Expert - Everyone knew well how China was responding in stemming the outbreak of virus | Eurasia Diary - ednews.net 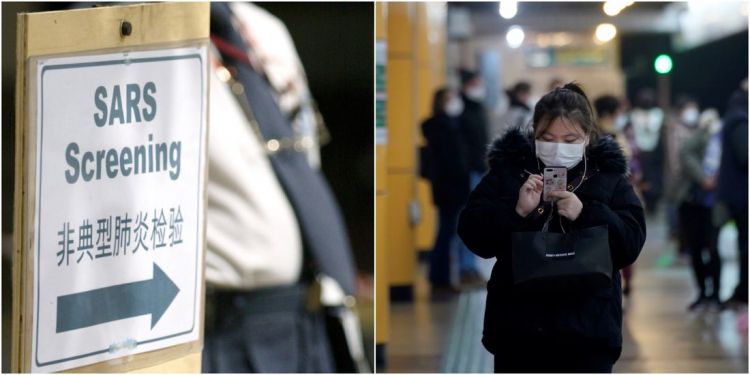 By January 23, 2020, the whole world knew there was an epidemic in Wuhan, which is a high contagious disease similar to SARS (severe acute respiratory syndrome). The WHO had advised the world medical community that it had the potential to become a pandemic and that preparations should be made for that eventuality.

Also US President Donald Trump has repeatedly declared that China is responsible for the COVID-19 pandemic.  He has even gone so far as to intimate that China may have intentionally misled the world about its origins and tried to cover up it, suggesting that they should be held responsible for their actions.

US expert Dennis Etler shared his views with EDNews.net, regarding the origins of Coronavirus (COVID-19) that took its start in Wuhan city, China as well as important roles of China and the rest of the world in the fighting against this terrible virus.

His charges are totally devoid of substance and fly in the face of reality. The disease was first recognized in mid-December as an unidentified severe form of viral pneumonia among a handful of patients. By the end of December, a few more cases were identified and an alert was sent by Dr. Zhang Jixian, a respiratory specialist at the Hubei Provincial Hospital of Integrated Chinese and Western Medicine in Wuhan, to the Chinese Center for Disease Control (CDC) and the World Health Organization (WHO). Soon thereafter the pathogen was identified as a novel (new) coronavirus (SARS-CoV-2) and the disease was named COVID-19.  By Jan. 11, 2020 the genome of the virus was sequenced and made available to the international scientific community. After further research, it was determined that the disease could be spread by person-to-person contact and is highly contagious. This was all done in record-breaking time. At the time China was praised for its quick action, openness, and transparency. As the epidemic continued to grow in Wuhan, China began preparing a national effort to prevent its domestic and foreign spread. The world looked on and did nothing.

By Jan 23, 2020, the whole world knew there was an epidemic in Wuhan, which is a high contagious disease similar to SARS (severe acute respiratory syndrome). The WHO had advised the world medical community that it had the potential to become a pandemic and that preparations should be made for that eventuality. The world did nothing.

In the 21st century when travel between continents is commonplace there is no way that the virus could not eventually spread around the globe. Yet, the world did nothing.

China stood alone. For two months it had battled the epidemic. It cordoned off the city of Wuhan and the entire province of Hubei in what at the time was said by one and all were involved in the most severe and comprehensive quarantine ever recorded in human history (no exaggeration, that's what the Western media reported). China was even condemned by some for its Draconian measures that were said to violate human rights and personal freedoms. Everyone could see and knew full well that China was responding in an unparalleled fashion to stem the outbreak. Yet, the world did nothing.

China's proactive measures were able to contain and control the epidemic. A few nations, on China's borders or with close cultural ties to China, such as South Korea, Vietnam, and Singapore did take appropriate actions and they too have been spared the worst of the COVID-19 pandemic. But, the rest of the world did nothing.

When the pandemic began picking up speed in early March, more than two months after China and the WHO had alerted the international community of the disease and its potential seriousness, the world still did nothing.

Finally, by the end of March 2020 after the pandemic had picked up steam and thousands began to die due to the lack of preparation, the world finally did something. However, they continue to blame China.