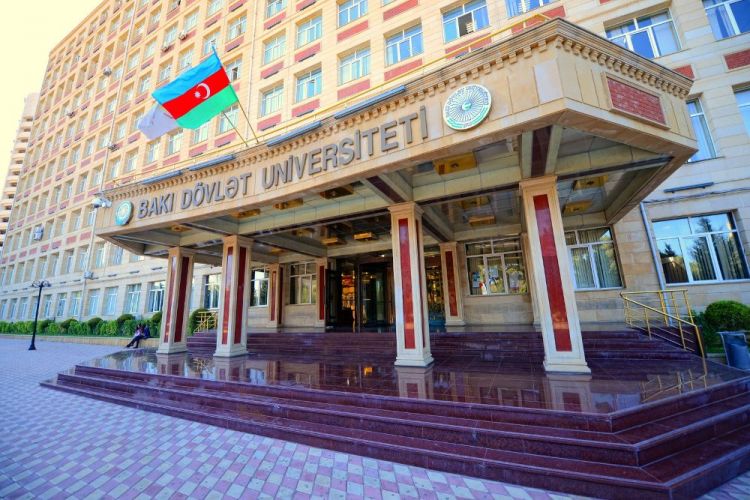 The Foreign Policy of Azerbaijan has been extremely effective over the last three years; public diplomacy and education diplomacy have acquired a tremendous priority in the Government of President Ilham Aliyev. In this context the visit to Baku of Ambassador Tacan Ildem, Assistant Secretary General of NATO for Public Diplomacy, is a clear testimony of the significant accomplishments made in public diplomacy by the Ministry of Foreign Affairs of Azerbaijan. In May 5th, 2017, the Minister of Foreign Affairs of Azerbaijan Elmar Mammadyarov hosted Ambassador Tacan Ildem in Baku; both diplomats discussed the current level of relations and cooperation potential between Azerbaijan and North Atlantic Treaty Organization (NATO). In this meeting, Ambassador Ildem emphasized that NATO pays a special attention to the cooperation with Azerbaijan, that is a valuable partner in Europe.

Furthermore, NATO’s top diplomat, noted that “Azerbaijan’s contributions to Resolute Support Mission, as well as Afghan Army Trust Fund, and support for sustainable development of Afghanistan on a bilateral basis are highly appreciated.”  Under the framework of close cooperation, Ambassador Tacan Ildem expressed his willingness to organize various conferences on public diplomacy and training programs with the Government of Azerbaijan, in order to promote the dynamic foreign policy of Azerbaijan and strengthen awareness about NATO education programs.

It must be noted that the participation of Azerbaijan in NATO’s IPAP, Planning and Review Process as well as in the other programs is praised by Baku’s International partners and NATO Leadership. Such a strategic cooperation between NATO and Azerbaijan, becomes very valuable at a time when information warfare is proliferating and constantly overshadowing public diplomacy.

Both Government authorities discussed the current progress of relations between Azerbaijan and Poland and shared views on the prospects for future cooperation in various fields, especially in the area of cultural diplomacy and commerce. In this occasion, the Minister of Foreign Affairs Elmar Mammadyarov outlined that the official visit of the President of the Republic of Azerbaijan H.E Mr. Ilham Aliyev to Poland in June 2017 “gave an important impetus to the development of relations between the two countries.”

In this regard Minister Mammadyarov stated that Poland is one of the key partners of Azerbaijan and there are immense opportunities for cooperation between the two countries in the fields of economy, investment, transport, energy, university education and other areas.

Moreover, the Minister of Azerbaijan elaborated on the indispensable role of the Republic of Azerbaijan in the European Union and underlined that “Poland’s support for the Agreement on partnership between Azerbaijan and the European Union is highly appreciated.” In his statement, the Polish Diplomat, Mr. Jan Dziedziczak stated that he was “impressed with the development of Azerbaijan and the capital city of Baku. Azerbaijan has become a venue for the important events, such as the First European Games, Formula 1, and others.”  Dziedziczak gave special emphasis to the successful organization of the 41st World Scout Conference held in Azerbaijan. Another level of bilateral cooperation consists in the full support provided by the Government of Azerbaijan towards the candidacy of Poland as a non-permanent member of the UN Security Council.

An important dimension in Azerbaijan’s public diplomacy and education diplomacy is the strategic role and pragmatic education policies embodied by Baku State University; graduate and undergraduate programs that this university offers to European, national and International Students. The extensive training in Social Sciences and International Affairs conducted in Baku State University is a tangible contribution in shaping new cadres of diplomats in Azerbaijan’s Foreign Service and promoting the cultural, educational diplomacy of Azerbaijan.

Baku State University received the status of autonomy from the presidential decree of national leader Heydar Aliyev on June 13, 2000 and began to implement its operations based on this statute. As a premier public university, Baku State University offers 16 majors at the level of Undergraduate (55 bachelor’s degrees) and 153 master’s (graduate) degrees.

The foundations of an effective cultural and public diplomacy have taken shape in Baku State University, through the training of young professionals and diplomats that would represent – at some of the highest diplomatic posts in the world – the best values and assets of the Republic of Azerbaijan. Today, under the leadership of Prof. Dr. Elchin Babayev as chancellor, Baku State University has attracted a large number of international students, coming from Poland, Italy, Germany and other countries.  Other important fields of study are the German Literature, International Affairs, Geological Studies and Political Sciences.

Thanks to excellent academic performance, Azerbaijan is represented by a graduate of Baku State University in Buenos Aires – Argentina, Ambassador Rashad Aslanov who has provided an emblematic diplomatic service in Latin America, certainly his alma matter has played a significant role. Furthermore, Amb. Mammad Ahmadzada, appointed as the Ambassador of Azerbaijan to Italy – who is also a graduate of Baku State University – has revitalized the overall public diplomacy, in his previous diplomatic posts and currently strengthened the cultural and education diplomacy of Azerbaijan in the Republic of Italy.  Amb. Ahmadzada has strengthened the bilateral economic partnership of Baku with Rome. These are two of many successful Azerbaijani diplomats that have embraced the highest standard of academic rigor at Baku State University and constantly promoted the Public Diplomacy concepts at the greatest levels. It must be emphasized that Baku State University has over 10 linguistic labs that are equipped to train students in various foreign languages. The University library has more than 2.5 million books, and has 12 reading rooms, 5 subscription departments are systematically serving to more than 15 thousand students and academic staff.

The University is equipped with 37 scientific research and teaching labs that conduct research not only in social sciences but also in natural sciences.  The Scientific Research Institute of Applied Mathematics and Scientific Research Institute of Physics Problems have more than 200 scientists, professors and scholars. The disciplines of Azerbaijani language, history and literature of Azerbaijan, genetics, nanotechnology, invention of nanomaterials, have also received a growing priority.

In conclusion, the Republic of Azerbaijan and its Ministry of Foreign Affairs have consolidated the public diplomacy strategy, and globally promoted a cultural diplomacy that fosters education mobility among European Universities and preserves cultural heritage in Europe, Eurasia and beyond. To accomplish these international commitments, BSU has trained highly qualified professionals that have helped shape a new chapter in Azerbaijan’s public diplomacy, cultural diplomacy and education diplomacy. Peter Tase is a contributor, freelance journalist and a research scholar.

The article was originally published in Eurasia Review.