The Evolution of Public Diplomacy: - The Case of Azerbaijan | Eurasia Diary - ednews.net

Biden could ruin Israeli operations against Iran by leaking info to US media
Read: 181

The Evolution of Public Diplomacy: - The Case of Azerbaijan 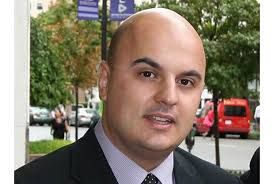 The world where Public Diplomacy was considered as one of the relics of diplomatic dialogue is rapidly disappearing. At the same time, the universe where public diplomacy was considered as an attempt to manipulate the foreign public opinion is easily ruled out. In order to understand correctly the new Public Diplomacy, it is not useful to adhere to the past images of diplomacy (that are still prevailing in the literature of many diplomatic studies), nor is it advisable to make a forward looking projection of the practical background in history to face the current international environment (in the case of equating public diplomacy with traditional propaganda).  The new Public Diplomacy will become a key component ever more standardized by the general diplomatic practice and is significantly much more than a propaganda mechanism exerted by diplomats.

It is certainly true, many Ministries of Foreign Affairs are still struggling to put the concept into practice in a multi-stakeholder international environment, and some diplomatic services are in fact building their Public Diplomacy based on a formidable tradition of a propaganda framework. But the imperfections of Public Diplomacy must not hide the fact that it gradually becomes intertwined with the fabric of conventional diplomatic activity.

In a variety of bilateral relations, Public Diplomacy has already become the daily bread of many diplomats, such as in the relationship between the United States and Canada, in relations between countries in Western Europe, or between some neighboring countries of Southeast Asia. As a Canadian ambassador to Washington observed: “The new diplomacy, as I call it, is largely public diplomacy and requires different skills, techniques, and attitudes than the ones discovered in traditional diplomacy.”

In Europe, public diplomacy has also become the main source of cooperation in international affairs. In a much-quoted 2002 report by the German Foreign Office, a conclusion of historic proportions was reached about the role of the European Union Embassies in other member countries: “in Europe public diplomacy is seen as the number one priority across the spectrum of problems.” Both examples accentuate a broader point: in regions characterized by a large amount of economic and / or political interdependence, as well as a high level of interconnection in the realm of civil society; Public Diplomacy has become an essential axis in Diplomatic Relations.

Apart from this conceptual oriental, the practical contributions in Public Diplomacy are highly embraced by the Government of Azerbaijan. The wide presence of multiculturalism policy of Azerbaijan in Europe and South America has attracted a tremendous added value in the public diplomacy tradition of Europe and Asia.  The Republic of Azerbaijan has implemented a policy of multiculturalism that has strengthened the Public Diplomacy discipline and harnessed democratic values across the European Continent. The opening of the Departments of Azerbaijan Multiculturalism Studies in the Universities of Romania, Italy, Germany, Portugal, Lithuania, the Czech Republic and Spain is a strategic initiative led by the President of Azerbaijan, H. E. Mr. Ilham Heydar oglu Aliyev; this meticulous project was carried out by the Academician and famous writer Kamal M. Abdulla, Chancellor of the University of Languages in Azerbaijan. In the same harmony, the participation - with the impeccable training of career diplomats and experts in cultural diplomacy of Azerbaijan - of the Baku State University has been fundamental. The leadership of Prof. Dr. Elchin Safarali oghlu Babayev, Chancellor of Baku State University, has demonstrated that everything is possible, and this institution has developed Cultural Diplomacy strategy that has generated tangible outcomes on many other spheres of the dynamic Azerbaijani Society.

Likewise, the multiculturalism policy of Azerbaijan and the authentic instruments of Public Diplomacy shaped in Baku have reached as far as Buenos Aires (Argentina), Uruguay, Paraguay and Brazil; where (in October - November 2019) University Professor Irina Kunina was able to inaugurate the Departments of Azerbaijan's Multiculturalism at the Belgrano University, El Salvador University, the National University of La Plata (in September 2016 the Azerbaijan Studies Department was inaugurated at the National University of the East - Paraguay). The support of Ambassador Rashad Aslanov (an alumni of Baku State University) in this project of Public Diplomacy and the promotion of culture in Azerbaijan has been a very important contribution in the concept of strengthening bilateral ties between the Republic of Paraguay and Azerbaijan, as well as between Argentina and Azerbaijan.

Perhaps the most concise definition of Public Diplomacy is that of Paul Sharp, who describes it as “the process by which direct relationships are sought with people in a country to advance the interests and expand the values of the Government officially being represented.” Hans Tuch also wrote about public diplomacy: "the process of communication of a government with the foreign public in an attempt to attract more understanding of the ideas and promote the information of this nation, its institutions and culture, as well as its national objectives and policies". With Tuch's notions in mind, Azerbaijan has developed a sophisticated Public Diplomacy that many other countries aspire to follow. It is evident that the governments of South America are looking up to Baku, as a source of reference and inspiration (being a success story); when it comes to promotion of their Latin American culture, language and their historical values on the international stage, in Europe and Asia. 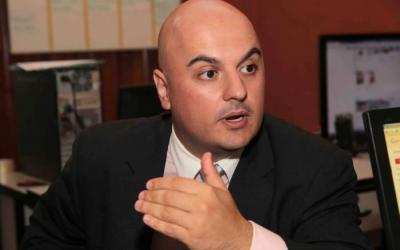