Will the US dollar survive the COVID-19 pandemic? | Eurasia Diary - ednews.net

All countries except US do not see China as a security threat - Professor Taras Kuzio
Read: 242

Biden could ruin Israeli operations against Iran by leaking info to US media
Read: 182

Will the US dollar survive the COVID-19 pandemic? 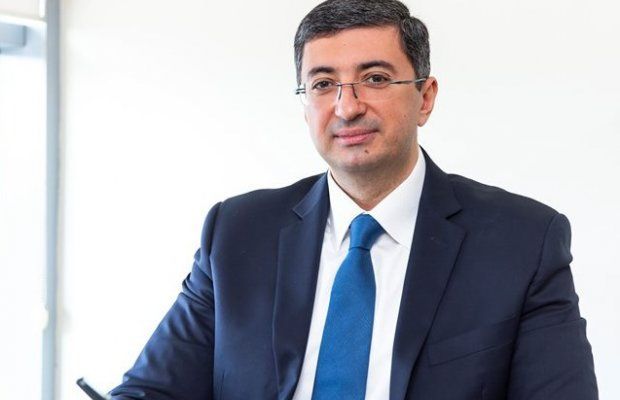 For many decades now, thanks to the military and economic power of the United States, the US dollar has been the world's main reserve currency. Besides, this universal currency has a special position in world trade since energy prices and many financial instruments are linked to it. To date, the US dollar accounts for 63% of all foreign exchange reserves of the Central Banks around the world and involves 90% of forex transactions. With the largest economy in the world, GDP of $21.5 trillion (15% of global GDP), and a military budget of $0.7 trillion (40% of global military spending), the United States is also the largest debtor with a public debt of $25.5 trillion. But even the economy of this hegemon has been going through hard times in recent years, given the record growth rates of public debt and the budget deficit. Meanwhile, the inopportune coronavirus crisis forces Washington to take extreme measures that will take a heavy toll on the role and status of the national currency.

A little more than half a century ago, the US dollar (hereinafter the "dollar") was backed by gold, and the price of the precious metal was fixed at $35 per troy ounce. The gold standard prevented the uncontrolled issuance of debt and the "printing of money," since each issued monetary unit had to be secured by a corresponding amount of physical gold. All states were obliged to follow restrictions both in terms of issuing money and attracting loans. But the United States was not happy about these restrictions. The ever-increasing budget deficit led to the need for continuous borrowing. As a result, the dollar was taken from the gold standard in 1971, and the price of gold soared over the following 10 years from $35 to $850 per troy ounce.

During the first decade of this century, the U.S. suffered 2 economic crises (in 2000 and 2008) and the U.S. government had to borrow huge amounts of money to recover, while the Federal Reserve System of America (FRS) fired up the "money-printing" machine, creating more and more dollars secured by nothing. This time, the result was also quite predictable — in 11 years, since 2000, the price of gold has grown 8 fold from $250 to $1,900 per troy ounce. The efforts to cope with economic crises entailed new record-figure loans. It should be noted, though, that the growth of government debt is not that negative if the economic growth outpaces the rate of debt accumulation. But in the U.S., it was exact opposite. In 2000, the debt to national GDP ratio in the USA was 55.6%, i.e. the GDP was almost twice as high as the public debt and the economy was quite stable and healthy. But the above crises cost the U.S. government too much, and as a result, the debt-to-GDP ratio reached 100% by 2012. By 2016, the US sovereign debt exceeded its GDP and reached 105%. This usually means that the creditor does not have sufficient collateral to cover the loans. But the dollar is the world's main reserve currency, and the U.S. government is the largest debtor, in other words, the whole world was dependent on the USA and Washington was well aware of this. However, the world hegemon in possession of a reserve currency could not accept that trend and the consequences were inevitable.

The US national debt in recent years has been funded largely by the FRS, which simply "printed money" out of nothing. Over the past 12 months alone, the FRS has funded the US economy for $3.3 trillion, bringing its balance sheet to $7.1 trillion. An uncontrolled increase in the dollar stock would certainly have consequences. Countries that had struggled for many years to accumulate dollar reserves faced the fact that their savings depreciated as the FRS printed money secured by nothing. This had to bother the holders of dollar reserves. To date, the total savings of 10 countries, major holders of dollar reserves, equal to $8.5 trillion. China holds the largest reserve worth $3.3 trillion. It took China two decades to accumulate $3.3 trillion, and the US Federal Reserve printed the same amount out of nothing in just a few months in 2019 and 2020 as part of the coronavirus pandemic relief program! The U.S. combating its economic crises was way too costly for the whole world, and the countries holding dollar reserves could not condone this state of affairs.

Foreign US national debt holders such as China, Russia, Saudi Arabia, Turkey, Brazil, and other countries have started gradually decreasing their investments. For example, the share of foreign holders of U.S. national debt has dropped from 31% to 27% over the past 3 years, while the FRS's share has increased from 12% to 16%. The process of phased disposal of the US national debt began in 2008, after the global financial crisis. Countries that do not have reserve currencies, in their attempts to protect themselves against the impending dollar crisis, resorted to buying physical gold. So far, the dollar has somehow managed to hold its ground due to the lack of real alternatives, but the discontent of other countries is gaining momentum as the FRS "prints" more and more unsecured dollars. The measures that countries take to protect their dollar savings are becoming more and more consistent, large-scale, and systematic. Sooner or later, this process will inevitably reach a turning point, and this moment is just around the corner.

The coronavirus crisis of 2020 took the United States, with an economy that was already in tatters, by surprise as the public debt-to-GDP ratio had already reached 107%, and the budget deficit in 2019 amounted to $1 trillion. The damage that COVID-19 is inflicting on the U.S. economy is unparalleled, so the coping measures that the government will have to take will also be unprecedented. Most likely, the crisis of 2020 will leave no chance to restore the former glory of the U.S. economy. According to Manhattan Institute forecasts, the U.S. budget deficit in 2020 will exceed $4.2 trillion (19% of GDP). Pacific Investment Management Co, the world's major investment company that manages $1.9 trillion assets, expects a 5% reduction in the U.S. GDP, an increase in the national debt-to-GDP ratio to 118%, and a 20% unemployment rate in 2020.

Washington realizes that this crisis will be the most costly and that debts will keep growing, with foreign demand dropping year after year. That is, the issue of a new batch of US Treasury bonds into the oversaturated market may be fatal at some point. It is not yet known which "straw will break the camel’s back." This could trigger a massive sale of US bonds. Almost all holders will be selling, while the FRS will remain the only buyer. The irony is that the FRS, which once secured the hegemony of the dollar, will itself dethrone the dollar. FRS can print US dollars in unlimited quantities, but cannot "print" gold. The dollar has zero chances to retain its status in any scenario, and its deep devaluation is inevitable. Investors will want to get rid of dollars that are constantly depreciating and have no prospects whatsoever. The devaluation of the dollar will be coupled with a record increase in the price of gold, which will rise several times from its current value ($1,750). The dollar will irrevocably and permanently lose its monopoly reserve status and will be on a par with the euro, the Japanese yen, and the Chinese yuan

Gold is the only asset that is 100% likely to survive the COVID-19 pandemic. Over the past 5 thousand years, gold has survived all crises, empires, wars, and pandemics. At the same time, the dollar that is backed by nothing, even with its reserve status, is unlikely to survive the coronavirus crisis without significant losses. Gold prices have already begun to surge. Thus, from 2016 to date, the gold price has grown by 67%, from $1,050 to $1,750 per troy ounce. During the same period, the value of gold mining companies' stocks grew 2–3 times. Bank of America, a leading US financial institution, forecasts gold price at $3,000 per troy ounce by 2021. In the next few years, many financial assets will lose value or depreciate, but gold and gold mining stocks will record historical highs. Gold will become the backbone of the new monetary system.

This article is not an investment advice but only one of the possible scenarios. Each investor should seek specialist advice or conduct its own analysis before making an investment.

Expert in Finance and Investment