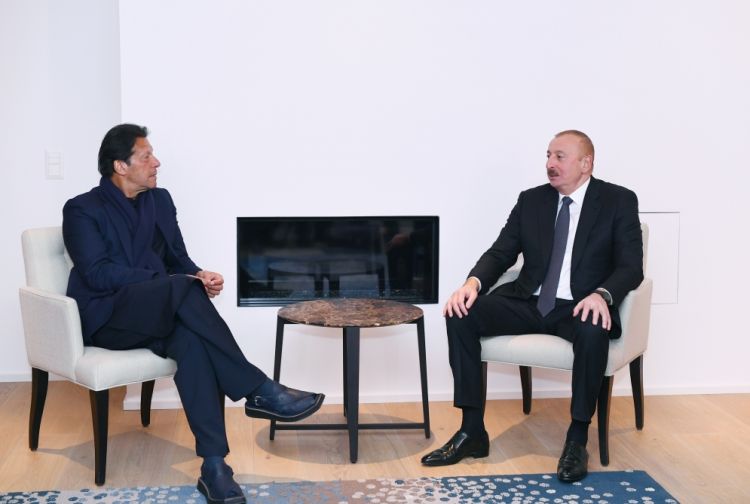 Coronavirus pandemic is the phrase we hear the most in recent times. The outbreak of the virus shook the world economy and affected international relations.

Some political analysts predict the emergence of the new world order. So that coronavirus became a test for the bilateral and also multilateral relations in the world political arena.

Nevertheless, despite the sensitive period of the world, the relations between some countries have not spoiled. Pakistan and Azerbaijan are among them and they achieved further deepening of their excellent relationship.

The World Health Organization (WHO) declared global pandemic on March 11, 2020. In the mid of the same month, the authorities of Azerbaijan and Pakistan decided to set a lockdown regime for preventing the spread of the virus.

It is the beginning of the new period which could be used in various ways by the political actors. In this time Azerbaijan and Pakistan not only faced the danger of the virus but also political challenges.

The internationally unrecognized and separatist regime in Nagorno-Karabakh (UN recognizes Nagorno-Karabakh as a part of Azerbaijan) held presidential and parliamentary elections. On the other hand, the Indian government adopted Jammu and Kashmir Reorganization Order which could lead to the demographic changes in disputed Kashmir in favour of India.

Armenian separatist regime in occupied Nagorno-Karabakh held so-called parliamentary elections on March 31. It was a pure violation of international law and an attempt to flare up the conflict in the region. Pakistani Foreign Ministry issued a statement on the event and rejected the so-called elections on April 9. According to the statement, Pakistan called elections as a clear violation of international norms. The Ministry also accused Armenia of hampering the ongoing negotiations. The statement cemented Pakistan’s stance on the Nagorno-Karabakh conflict and the support to the territorial integrity of Azerbaijan.

The Indian government seized the moment of quarantine and transformed it into an opportunity for boosting its policy over the region. On April 3, Indian authority unilaterally adopted new domicile law in disputed Kashmir. The new law grabbed international attention but it is limited by only the statements.

On May 8, the President of Azerbaijan Ilham Aliyev expressed his deep concern over the situation in Kashmir in a phone call with his Pakistani counterpart Arif Alvi. He said that Azerbaijan strongly supports Pakistan’s stance on the Kashmir conflict.

“Azerbaijan considers Pakistan its close friend and would continue to support it at every forum,” Ilham Aliyev noted. His statement is another obvious indication of the cordial relations between two sides. The President of Azerbaijan urged the international community to extend its efforts to the resolution of the Kashmir conflict.

Ilham Aliyev didn’t forget Pakistan’s support to Azerbaijan on Nagorno Karabakh conflict and thanked Arif Alvi for his country’s stance on the issue. Later, two heads of states discussed the struggle against COVID-19.

After the phone meeting, The Ambassador of Azerbaijan to Pakistan Ali Alizada visited Sundas Foundation which is helping children suffering from thalassemia and hemophilia on May 13. Heydar Aliyev Foundation of Azerbaijan provided them with blood bags, medical masks, food boxes, and gifts.

In his interview with Azerbaijani media, Mohmand noted that Pakistan supports conflict resolution on Nagorno Karabakh within the framework of international documents which requests the withdrawal of Armenian forces from the occupied territories.

The Ambassador also expressed the appreciation of Pakistan to the Foreign Ministry of Azerbaijan for issuing the statement on the illegal Indian abrogation of Articles 370 and 35 A.

On May 22, the tragic plane accident of Pakistan International Airline (PIA) left 97 people onboard dead and only passengers two survived. Azerbaijani President Ilham Aliyev immediately sent his condolences to Pakistani counterpart on behalf of himself and Azerbaijani nation.

Pakistan also suffers from the impacts of coronavirus which hit poor families and make their living worse.

On May 28, Prime Minister of Pakistan Imran Khan expressed his gratitude to Azerbaijan for its help via a message to the President of the Republic of Azerbaijan Ilham Aliyev.

At the same time, the Azerbaijani ambassador to Pakistan Ali Alizade issued a statement for the National Day of Azerbaijan. In his statement, Alizade emphasized high-level cooperation between two countries at various spheres and the brotherhood between the two nations.

“Azerbaijan and Pakistan are bound by the relations strong friendship and strategic partnership which reflects the will of our fraternal nations and we remain committed to further strengthen our relations with brotherly Pakistan,” he stated.

On May 31, President of Pakistan Arif Alvi sent his congratulation message to his Azerbaijani counterpart Ilham Aliyev. In his message, the Pakistani President stressed friendly relations with Azerbaijan. He also mentioned that both countries enjoy supporting each other in Jammu and Kashmir also Nagorno-Karabakh conflict.

Pandemic challenged relations between some countries and it deepened the rift between global powers. Nevertheless, such examples don’t include the relations between Pakistan and Azerbaijan. Both countries showed harmony and unity during the time of pandemic. As we mentioned above, this period doesn’t separate two allies, on the contrary boosted mutual contact.

Azerbaijan and Pakistan, two countries suffering from conflicts supported each other at the time of the hardships in the political sphere. Story of illegal occupation of Nagorno Karabakh by Armenia is not different than India occupying Kashmir. Both territories are under United Nations resolutions and both are waiting for their peaceful and just resolve. Azerbaijan aided its long-time partner and Pakistan reciprocated with backing its fraternal ally.

Both countries were able to keep and enhance relations during such a test of time. As a result of the coronavirus period, the bilateral relations of Azerbaijan and Pakistan gained one more point into the positive side.

Writer of this article Ulvi Ahmedli is Baku Based Research Journalist who has specialization in Regional Affairs and Economy. The article was originally published in Dispatch News Desk.