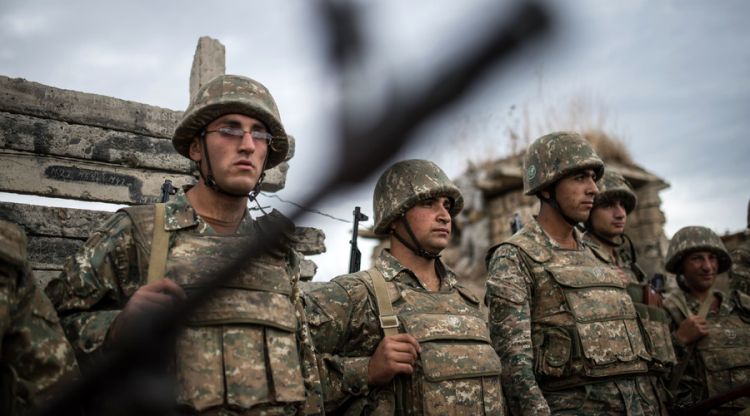 The month of May is important from the perspective of the Armenian-Azerbaijani conflict because it marks the anniversaries of both the occupation of Azerbaijan’s Shusha city and Lachin districts (rayons) as well as the later signing of the “ceasefire agreement”—the terms of which are still unfulfilled 26 years later.

During May 18–22, 2020, the Armed Forces of Azerbaijan notably conducted large-scale operational-tactical exercises both on the mainland and in the exclave of Nakhchivan. The maneuvers involved up to 10,000 military personnel, 120 tanks and armored vehicles, as well as 200 missiles systems, including Polonez multiple launch rocket systems (MLRS) and LORA long-range ballistic missile systems (Mod.gov.az, May 23).

Meanwhile, on May 21, the separatist regime in Azerbaijan’s occupied territories held an “inauguration” in Shusha five weeks after Karabakh held its second round of “presidential elections,” which were strongly condemned by the international community (Caspian.com, May 22). Yet, the participation of Armenian Prime Minister Nikol Pashinyan in this illegal showcase motivated a particularly harsh reactions from the Azerbaijani government. According to the statement put out by Azerbaijan’s Ministry of Foreign Affairs, “a country that wants peace will not pursue a policy of aggression, a country that seeks peace will not impede the negotiations process, and, finally, a supporter of peace will not be a serious threat to the peace itself” (Mfa.gov.az, May 21).

The present situation marks a major devolution from what, at one point, was seen as an encouraging trend in the conflict resolution process between Baku and Yerevan. Since 2019, the top leaders and foreign ministers of both Azerbaijan and Armenia had held a number of face-to-face meetings. A particularly important such gathering happened in Geneva, on January 28–30, 2020. Over three days of intensive discussion, the Organization for Security and Cooperation in Europe’s (OSCE) Minsk Group co-chairs and the Azerbaijani and Armenian foreign ministers discussed possible next steps to prepare the two South Caucasus countries’ populations for peace. Moreover, the two sides negotiated the principles and elements that would form the basis of a final future settlement (Osce.org, January 30). This headway followed talks from the previous autumn, which culminated in mutual visits of journalists from both countries (Azernews.az, November 28, 2019).

All along, however, progress was hampered by domestically driven diplomatic missteps. First, right before the Vienna summit meeting scheduled for March 2019, Armenian Prime Minister Pashinyan tried to change the negotiations format—which had been bilateral since 1997—by involving the separatist de facto regime of Karabakh region. The proposal was resoundingly rejected by the Minsk Group co-chairs and the European Union (Moderndiplomacy.eu, April 3, 2019). After the Vienna meeting took place, Armenia’s Defense Minister David Tonoyan declared, in front of group of the local Armenian diaspora in New York, that he would substitute the “territories for peace” formula  with one of “new-war for new territories,” thus implying new military operations against Azerbaijani territories (see EDM, April 1, 2019). In parallel with the negotiations, Yerevan continued illegal activities in the occupied territories, including unilaterally resettling Armenians from war-torn Syria to Karabakh (Hetq, November 18, 2019). Furthermore, Armenia has been organizing a “restoration” of historical Azerbaijani monuments in the occupied territories with the help of other states, which, the Azerbaijani side charges, is meant to “de-Azerbaijanize” the ownership of these cultural and religious sites (EurasiaNet, December 4, 2019; Azerbaycan24.com, January 25, 2020).

This situation pushed Baku to double down on “offensive diplomacy” vis-à-vis Yerevan. On October 4, 2019, President Ilham Aliyev, during his speech at the Valdai Forum in Moscow, categorically reiterated that, from both the perspectives of international law and history, “Nagorno-Karabakh is Azerbaijan, exclamation point” (Ona.az, October 4, 2019). Aliyev pointedly chose Moscow—the capital city of Armenia’s strategic ally—to deliver this message to the wider international audience in response to Pashinyan’s earlier call (made on August 5, 2019, in occupied Khankendi) for the “unification of the Nagorno-Karabakh region with Armenia” (Commonspace.eu, August 7, 2019). A week later, on October 11, during the Commonwealth of Independent States (CIS) summit in Ashgabat, Aliyev raised the diplomatic temperature by referencing Garegin Ter-Harutunyan’s collaboration with Nazi Germany. Ter-Harutunyan is considered a national hero of Armenia and has a monument built to him in Yerevan (President.az, October 11, 2019).

The latest statement of Russia’s (one of the Minsk Group co-chairs) Foreign Minister Sergei Lavrov on the resolution of Karabakh conflict sparked new intense discussions in both Azerbaijan and Armenia. On April 15, 2020, Lavrov revealed that the sides were discussing a new document envisaging “the resolutions of conflict on the basis of a phased approach, providing at the first stage for the solution of the most pressing problems—the liberation of several areas around Nagorno-Karabakh and the unblocking of transport, economic and other communications.” Furthermore, he raised the issue of associated United Nations Security Council resolutions, which call on Armenia to withdraw from the occupied territories, the fulfillment of which has been Azerbaijan’s main demand from the outset (Turan.az, April, 21 2020). Lavrov’s statements angered Armenia; and in a press conference on May 16, Pashinyan additionally rejected further negotiations based on previous documents (Lragir.am, May 16). This, in turn, caused a strong reaction from Azerbaijan. Presidential foreign policy aide Hikmat Hajiyev declared that a ceasefire is not a permanent peace and, according to the UN Charter’s article 51, Azerbaijan retains “its right to ensure its territorial integrity and sovereignty within its internationally recognized borders by using all means” (Apa.az, May 14).

In recent months, Azerbaijan has been increasing the scope of its military relations with multiple foreign countries, including member states of the North Atlantic Treaty Organization. The volume of Azerbaijan’s defense-related imports from NATO member Turkey surged by 39.85 percent year-on-year (Azernews.az, February 14). And on February 24, during President Aliyev`s visit to Italy, Azerbaijan and Italian airplane manufacturer Leonardo signed a contract for the purchase of cutting-edge M-346 trainer jets (Trend.az, February 24). The security situation in the region is once more growing increasingly tense. As a result of the political deadlock in negotiations over the Armenian-Azerbaijani conflict, heightened military rhetoric is filling the void while militarization processes continue to accelerate.

This article is origionally published in Jamestown.