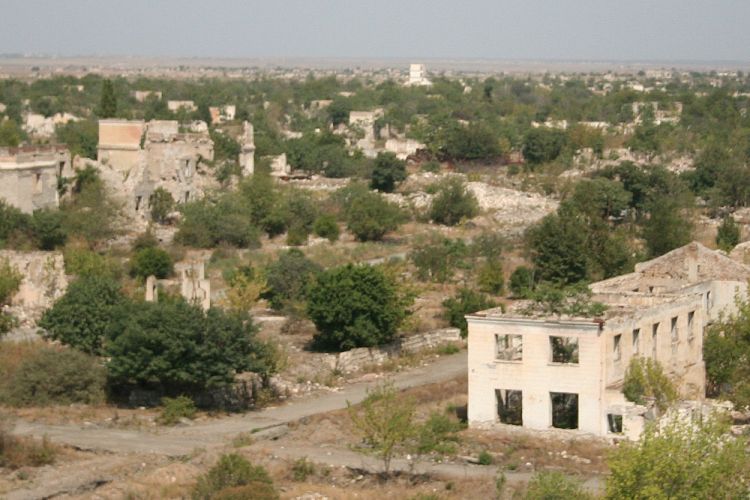 The interminable conflict between the two South Caucasus neighbors over the Nagorno-Karabakh has entered another decade as the peace talks have failed to bring the issue to a close.

A small but geo-strategically significant territory between Azerbaijan and Armenia, the Nagorno-Karabakh, remains the fulcrum for stability in the South Caucasus region. The recent developments demonstrate Armenia’s increasing aggressive posture that pose a great risk for military escalation in the region.

Therefore, withdrawal of the Armenia backed forces from the occupied territories of Azerbaijan is imperative for regional peace and development. The resolution of the Nagorno-Karabakh conflict has been obstructed because of the ignorance of key international actors who have neglected the drastic repercussions of Armenian violence on the entire region. There are very little signs of progress in the ongoing fragile peace negotiations.

Nagorno-Karabakh has great significance for Azerbaijani national identity. It serves as a historical center for its culture. Nagorno-Karabakh, often tagged as frozen conflict for more than a decade, has become a boiling point of tension following the April 2016 violence, with repeated cease-fire violations.

The Minsk Group, created in 1994 to address the dispute, has led the negotiation and mediation efforts but the territorial issues remain as intractable as ever and have failed to produce a perpetual solution to the conflict. Nonetheless, lack of a long term commitment by the international community is a major reason for non-resolution. The ‘no peace, no war’ situation benefits the key stakeholders in the South Caucasus.

The conflict between Armenia and Azerbaijan dates back to 1988 when Armenia made illegitimate claims over the territories of Azerbaijan. Armenian armed forces have occupied the Nagorno-Karabakh region and its surrounding districts.

A ceasefire signed in 1994 ceased the grave situation, albeit only temporarily. Since 1991, the Armenian forces have not only gained illicit control over Nagorno-Karabakh but also occupied more than 20 percent of the Azerbaijani territory. To this day, Armenian forces have been violating the ceasefire with Azerbaijan and making infrastructural changes in the occupied territories of Azerbaijan.

Over a million of Azerbaijanis in the occupied territories have been subjected to bloody ethnic cleansing by the brutal Armenian forces. Armenia has not executed genocides in the past but has continued to jeopardize the lives of innocent Azerbaijani people.

Owing to this aggressive policy of forceful territorial expansion, Armenia has become a self-isolated country in the South Caucasus and lags far behind Azerbaijan in terms of socio-economic development.

According to the 2016 report from the Azerbaijan Ministry of Foreign Affairs, Armenia is continually taking measures to further consolidating the current status quo of the occupied territories, including the implantation of settlers from Armenia and abroad so as to prevent the return of the Azerbaijani population to their homeland.

The Armenian leadership has ingrained incompatible and uncompromising nationalist narratives among their nation against Azerbaijan. Armenia’s leadership has legitimized its rule on the basis of its ability to clutch at the disputed territory, and so has a strong interest in maintaining the status quo in the territory.

The settlement of the territorial conflict between Azerbaijan and Armenia is as cardinal as any other major trouble spot around the globe. Unfortunately the international community has not made any substantial efforts in this regard and no effective international involvement has been done thus far. Also, as long as Armenia pursues a destructive policy on the Nagorno-Karabakh conflict, negotiations cannot produce a resolution.

Analyzing the contemporary international geo-strategic landscape, with the advent of the era of globalization and China’s Belt and Road Initiative, the Eurasian states have gravitated toward socio-economic openings. Hence the consequences of military escalation in South Caucasus would be far more wide-ranging than anticipated in the past, adding yet another element of instability to the burgeoning disorder of today. In this context, the stability in South Caucasus is central to the world peace.

South Caucasus has remained a center of attention and interests of the key geopolitical players of the international system including Russia, United States, Europe, Turkey and Iran. Russia has huge economic interest in the region as Azerbaijan purchases arms from Russia, where as in Armenia it has invested in various key economic sectors.

The region has massive energy potential and thus the issue of security of energy resources is central to the interests of these players. Moreover, the vital geopolitical role of South Caucasus is mainly attributable to its strategically significant location.

Azerbaijan is a net energy exporter of crude oil and natural gas. Most oil production occurs offshore in the Caspian Sea and is exported to the West. Azerbaijan has a mature oil and gas sector and has produced hydrocarbons for almost 150 years. The country is one of the region’s main export routes to the West. The conflict with Armenia could disrupt oil and gas exports from the region.

The security environment in South Caucasus is greatly affected by the territorial conflict between the two countries. Azerbaijan pursues a balanced foreign policy toward the regional states, thereby maintaining good relations with East and West along with its neighboring states.

Azerbaijan struggled to elevate its socio-economic conditions after gaining sovereignty from the former Soviet Union as the initial years of independence of Azerbaijan witnessed stagnant and shrinking economy and war with Armenia.

The tensions with Armenia and the lack of a resolution have not only hindered the development and progress in Azerbaijan but also undermines the potential for regional cooperation, as well as economic development and stability.

The main obstacle to the development of Azerbaijan is the Nagorno-Karabakh conflict. The international community, therefore, must unite for restoring the territorial integrity of Azerbaijan and take measures against the Armenian military aggression on Azerbaijanis.

Armenia recently organized illegal presidential- parliamentary elections in the occupied region of Nagorno-Karabakh, openly violating the international resolutions and treaties. These illicit elections threatened the peace and stability of the region along with undermining the territorial integrity and sovereignty of Azerbaijan. Armenians organized the elections also at the time when the world is combatting the recent COVID-19 deadly pandemic thereby risking the lives of the innocent people in such times. These elections ignited the tensions between two Caucasian.

Keeping in view the sensitivity and ground realities of the conflict, the international community and regional countries must make efforts to stop the aggression by Armenian forces against Azerbaijan and resolve the conflict in near future.

This renders the Nagorno-Karabakh conflict one of Eurasia’s worst protracted conflicts with very meager hopes for resolution at this point. The future vision of regional integration in the South Caucasus is conditional upon resolution of this conflict as it is a major stumbling block to regional integration. Thus there is an urgent need to settle this territorial conflict. This article is originally published in National Herald Tribune