Armenia has some responsibility towards peace in the region or not? | Eurasia Diary - ednews.net

Armenia has some responsibility towards peace in the region or not? 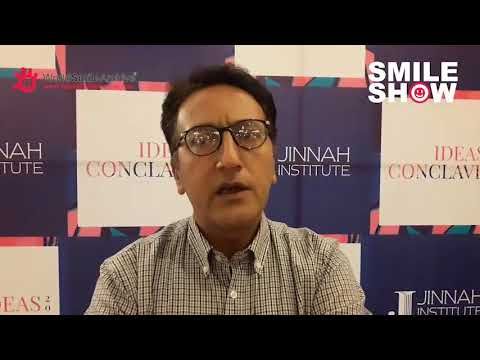 Nagorno-Karabakh and adjacent districts are historically part of Azerbaijan. We are in Pakistan, the government, people and journalistic community have always expressed solidarity with brotherly country Azerbaijan not only for that Azerbaijan in our friend but on principle hand. Latest situation on the borders is not doubt created by aggressor country Armenia that is occupying the Azerbaijani territories since long violating all international norms, laws and conventions.

Pakistan does not recognize Armenia and we have not established diplomatic relations only because we are sure that Armenia is endangering peace of the region by not handing over Nagorno-Karabakh and other districts to who it belong to. Here it is worth noting that Azerbaijan with its valiant armed forces is fully capable of not only protecting its borders but also can take back its lands from Armenia. But as a responsible state and peace loving country, Azerbaijan is looking towards the big players of this region and the world to take notice of continued irresponsible responses of Armenia towards an issue that cannot be ignored further.

It is a big question for conscience of the world community and especially UNO that how far an illegal possession and oppression can be endured by Azerbaijani nation and their brothers and sisters living miserable life under the tyrant occupation of Armenia in Nagorno-Karabakh? Why is Armenia enjoying all liberties that whenever it wants it to break ceasefire, open indiscriminate, unprovoked fire at Azerbaijani troops and above all break rules and regulations.

Another questions needs answer that how far, until when, Azerbaijan can remain calm and keep restraint only the peace of the region? This is responsibility of Azerbaijan only? Or Armenia has also responsibility towards its neighbor and the world community? Our media group and its staff at Urdu Daily Azkaar www.azkar.com.pk and Monthly Magazine pakistanintheworld.pk has always raised voice against the Armenia aggression against Azerbaijan and occupation on its territories.

We express our condolences for the brave soldiers of Azerbaijan who have sacrificed their lives to save their motherland. Our feeling and thoughts are with their families.

This article is written by Pakistani journalist Tazeen Akhtar

This article is originally published in National Herald Tribune