What is behind the Nagorno-Karabakh flare-up? | Eurasia Diary - ednews.net

What is behind the Nagorno-Karabakh flare-up? 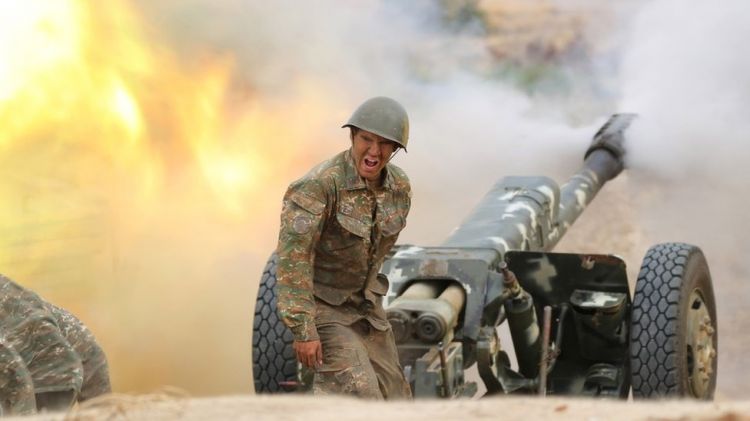 Eurasia Diary presents article titled "What is behind the Nagorno-Karabakh flare-up" published in Al-Jazeera.

Article is written by Robert Cutler, who is a fellow at the Canadian Global Affairs Institute.

The conflict between Armenia and Azerbaijan over Nagorno-Karabakh is neither eternal, nor based on ancient hatreds. The two peoples lived together peacefully for centuries until the arrival of the Russian Empire.

The origin of the present-day conflict is in Armenia’s military occupation of sovereign Azerbaijani territory. Armenia has tried to play the “Christian card” by depicting it as a “clash of civilisations” with Muslim Azerbaijan. But that propaganda line is not selling very well. Azerbaijan is about as Muslim these days as The Netherlands is Christian. The conflict has no basis whatsoever in religious differences.

In the early 20th century, Azerbaijanis and Armenians had major clashes that shaped to a certain extent the current conflict: in 1905-1907 following the Russian constitutional revolution and in 1918-1920, which ended with the formation of the Azerbaijani and Armenian Soviet Socialist Republics. In the early 1920s, the Nagorno-Karabakh Autonomous Oblast (NKAO) was created with a majority Armenian population within the borders of the Azerbaijani Soviet Socialist Republic (AzSSR).

It is sometimes argued that Joseph Stalin, who at that time was head of the Soviet Caucasus Committee, “attached” or “handed over” NKAO to the AzSSR. However, the document ordering the creation of the NKAO says that the region should “remain in” Azerbaijan – meaning the region was considered part of the country to begin with.

After the dissolution of the USSR, Azerbaijan and Armenia were recognised as independent states with their Soviet-drawn borders. This means that international law recognises Nagorno-Karabakh as Azerbaijan’s sovereign territory – and the presence of Armenian military forces as occupation. Azerbaijan has the right, under Article 51 of the Charter of the United Nations, to act in self-defence. This is the point of departure for Baku’s view of the conflict.

The present-day conflict erupted when Armenian forces invaded the region, as the USSR was falling apart, carrying out a massacre of the civilian population of the Azerbaijani city of Khojaly and ethnically cleansing Azerbaijanis. Armenian forces continue to occupy nearly 20 percent of Azerbaijan’s territory. In 1993, the UN Security Council approved no fewer than four resolutions calling for Armenian forces to withdraw immediately from the occupied territories of Azerbaijan. These have all been ignored.

In the end, around 780,000 Azerbaijanis were forced out of the NKAO region, Azerbaijani administrative districts adjoining it, and Armenian territory. There was also violence against Armenians in Azerbaijan in revenge for the expulsions. Consequently, about 250,000 Armenians left Azerbaijan for Armenia. Today around 10,000 Armenians remain in Baku, Ganja and other Azerbaijani cities outside the occupied territories.

Throughout these three decades, the conflict has flared up occasionally. In July this year, fighting erupted in Azerbaijan’s Tovuz region, 100km from Nagorno-Karabakh. During the clashes, Russia provided military assistance to Yerevan, which greatly disappointed the Azerbaijani side, given that it has sought to improve relations with Moscow over the past 15 years.

Fighting erupted again on September 27 and has not stopped ever since, despite Russian efforts to broker a ceasefire. So why have we seen two major escalations this year?

They have to do principally with domestic Armenian politics, which is heavily influenced by its radical diaspora. In 2018, Nikol Pashinyan became Armenia’s new prime minister. His initial rhetoric raised great hopes for a solution to the conflict. However, when he could not make good on his pre-election promises to Armenian voters to improve their difficult economic situation, his political survival came into question. That was when his approach turned hyper-nationalist.

Speaking to an Armenian group in New York in March 2019, Pashinyan’s defence minister, David Tonoyan, said that under him the Armenian armed forces had rejected the previous military doctrine of “land for peace” and adopted instead a new offensive doctrine named, “new war, new territories”. Then, in August 2019, Pashinyan declared Azerbaijan’s occupied territories to be an integral part of Armenia proper. No Armenian politician had said that since the war in the early 1990s.

In March this year, the Armenian prime minister made it clear that he no longer recognised the Madrid Principles, agreed upon by Armenia and Azerbaijan with the Organization for Security and Co-operation in Europe over 10 years ago as the basis for negotiations.

In July, Pashinyan unilaterally posed seven new conditions for negotiations with Azerbaijan. Among them is the demand for the immediate, direct participation of Armenians from Nagorno-Karabakh in talks, without participation by its displaced Azerbaijani community. This would have entirely changed the format of negotiations, effectively making them trilateral instead of bilateral.

Azerbaijan predictably rejected Pashinyan’s attempts to reframe the peace process. So what is necessary for the two sides to sit again at the negotiating table in good faith and to reach a peaceful solution?

I asked Dr Farid Shafiyev, Chairman of the Center of Analysis of International Relations in Baku, about this. He answered, “As a first step, Armenia needs to withdraw from the seven occupied regions of Azerbaijan surrounding Nagorno-Karabakh. This was agreed by all parties as a part of the 2009 Madrid Principles, as well as in the 1993 UN Security Council resolutions. Such a move would create favourable conditions for further steps, such as the return of refugees, the opening of communication between the two parties, and so on.”

Unfortunately, Pashinyan continues to publicly refuse to consider the return of any occupied territories to Azerbaijan. On October 17, Azerbaijani forces took control of the strategically important city of Fuzuli and its surrounding villages, in the southeast of the occupied territories. Fuzuli represented the most highly fortified Armenian defence line in the region.

The Madrid Principles had foreseen and agreed that Yerevan hand over to Azerbaijan the occupied regions around Nagorno-Karabakh. It is clear that if Yerevan had accomplished this undertaking, then the lives of many Armenians and Azerbaijanis would have been spared.

These terms have been on the table for over a decade, and they are not just Azerbaijan’s. They are supported by the international community and therefore unlikely to change. Azerbaijan now has the upper hand and the military potential to take back all the occupied territories.

If Pashinyan does not reach a political settlement on these established, internationally supported terms, then it becomes possible that he is replaced by a “pro-Russian camp” already evident within the polarised Yerevan political elite. That would have unpredictable consequences.