Provocations in Karabakh - Do Armenians get courage from Russians? | Eurasia Diary - ednews.net

Provocations in Karabakh - Do Armenians get courage from Russians? 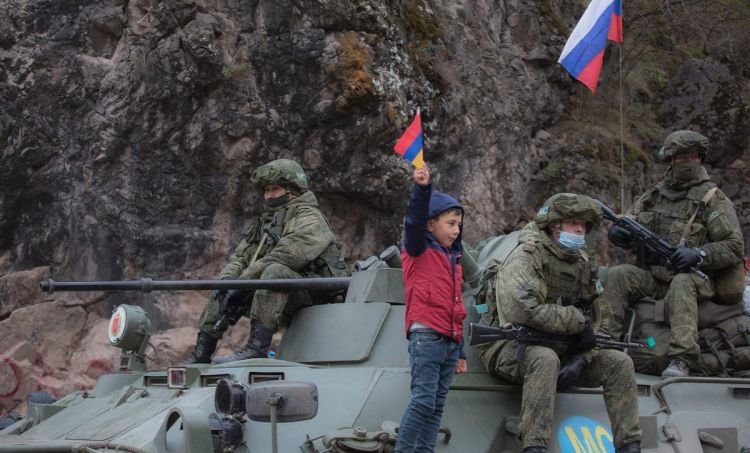 Although the Second Karabakh War ended with the victory of Azerbaijan, many issues remain unresolved. The activities of Russian peacekeepers are particularly noteworthy.

The steps taken by Russian peacekeepers during the liberation of Azerbaijan’s territories until the November 9 agreement and after the cessation of the military oeprations have a serious impact on the situation. During the last two months after the end of the war, more than a hundred Armenian terrorists were neutralised as a result of anti-terrorist operations carried out by the Azerbaijani army. It should be noted that these operations took place at a time when peacekeepers had to maintain the peace and security in that territory, and as a result of the actions of the Armenians, the Azerbaijani side also suffered losses.

The question is: what is the role of peacekeepers then? To ensure peace in the region, or to turn a blind eye to terrorism and provocations when they need them?

It seems that the parties, which do not accept the victory of Azerbaijan, are acting in different directions, violating their commitments. Inspired by their loyal supporters, the Armenians, who were in a "knock out" situation after the war, began to extend their arms again. This is the fact that cars from Armenia were not inspected in the Lachin corridor, and Armenian officials, as well as Russian propagandists, were allowed into Karabakh without the consent of official Baku. It is possible that Armenian servicemen are also sent to Azerbaijan through the corridor.

Two days ago, the Armenian media shared the news about the unveiling of a statue of fascist Nzhdeh Garegin, a  so-called hero of Armenians, in the Khojavend region of Azerbaijan. All this shows that Russian peacekeepers do not fully comply with their obligations, and turn a blind eye to the violation of peace and stability caused by the separatist forces. Political expert Shahin Jafarli shared his views with Eurasia Diary on the situation. According to him, it is not only the Armenians who are creating tensions in Karabakh, but also the Russian military forces that control everything except peace. He notes that Russia's only chance to stay in Karabakh depends on the continuation of such provocations.

"First of all, we need to clarify who we mean by Armenia. I think that the Pashinyan government cannot be interested in the tension in Karabakh. Because the Armenian government has realised that it will not be able to achieve anything in such a period by continuing its hostility to Azerbaijan or Turkey. Pashinyan and the people around him are well aware of this, and it is clear that such provocations are carried out by pro-Russian forces that ignore the current government in Armenia. At the same time, Russia is not interested in ending the tension in Karabakh, on the contrary, it is very eager to increase these problems from time to time. Because if there is no problem in Karabakh, there will be no need for Russian military forces to stay there. However, this does not mean that Russia wants a new war. Moscow simply intends to maintain controlled tensions in the region. This means that in the next five years, these types of tensions may continue to a certain amplitude. "

In general, the activities of peacekeeping forces in Azerbaijan are not well received by either the public or the country's leadership. President Ilham Aliyev also touched upon this point during his recent speech. On the other hand, the deployment of Russian peacekeepers in Karabakh has caused a serious repercussion in the international community. The international community does not welcome Russia's intention to use traditional methods to control the South Caucasus.

Shahin Jafarli also stressed that Russia seriously violated the principles of peacekeeping by acting against the rules of international organizations: “In fact, there is no legal basis for the presence of Russian peacekeeping forces in Karabakh. Because peacekeeping operations are usually carried out under the mandate of international organisations such as the OSCE and the UN. However, all operations here are carried out only by Russia's own decision, and such a step is a very rare event in the history of international relations. However, this is normal for Russia. It has carried out this mission in several former Soviet republics, including Georgia (Abkhazia, South Ossetia) and Moldova (Transnistria). For this reason, there can be no question of goodwill or peacekeeping in Karabakh. Russian troops will stay in Karabakh for some time. However, it is desirable that the government be able to withdraw Russia from Karabakh after the five-year period specified in the agreement.