Which scenario in Armenia is best for Turkey, Azerbaijan? | Eurasia Diary - ednews.net

Which scenario in Armenia is best for Turkey, Azerbaijan? 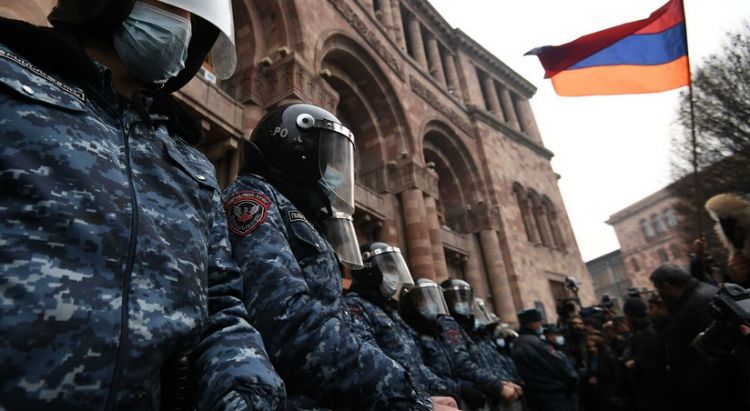 Aman carrying a backpack, wearing a navy coat, a “khaki” colored t-shirt underneath, with an “Adidas” cap on his head, may be thought to be coming from an evening gym session, but instead, on that fateful day, he was attending the most important appointment of his life.
Prime Minister Serzh Sargsyan, then the most prominent figure in the Armenian administration, finally accepted to sit down with him. The two came together at a hotel room, and most importantly, this meeting was broadcast live on television; it was his chance to shine. The man in question was nobody other than the current Armenian prime minister, Nikol Pashinyan.
Though Sargsyan was trying to make it seem like he is ready to reconcile, adopting an attitude that seemed to be saying “I will be the bigger person”, he was no longer able to tolerate Pashinyan’s provocative tone, he stood up and left the meeting saying, “You see, he is blackmailing me.”
This “striking” 2018 event served the interests of the man who put on a show on live broadcast. The era of Sargsyan, the leader of the “Karabakh Clan,” which is used in reference to those who belong to Karabakh, but have established sovereignty in Yerevan, was over. A new era had begun with Pashinyan.
News that arrived from Yerevan on Thursday morning drew our attention once again in curiosity to the South Caucasus and Armenia. The country’s chief of General Staff was calling onto the country’s prime minister to “resign.” As we live in a country whose history is filled with coups, coup attempts, memorandums, and thus we react immediately whenever one of these take place even in places that people would have difficulty locating on the map, hence it’s no surprise that the first reactions to the developments in Yerevan came from Turkey.
Turkey’s indiscriminate rejection of all coup attempts was rapidly activated. President Recep Tayyip Erdoğan put that on display yesterday by saying, “We are against all sorts of coups. The military taking action, attempting such a coup, is unacceptable.”
Pashinyan, who spoke the day before about his arch-rival Sargsyan’s comment with respect to the need to use Alexandria in the Nagorno Karabakh war, said, “Sargsyan should know the answer to many questions and must not ask questions to which he has the answers. Sargsyan should ask ‘Why is Alexandria not exploding or why is only 10 percent of the missiles exploding?’” He set off a bigger political bomb in place of the non-exploding Alexandria missiles.
The demand for resignation from the military a day later revealed that this memorandum is directly related to this statement. Of course, as the Alexandria missiles are made in Russia, it is only natural to expect that Moscow would “take offense” to such information. The Russian Defense Ministry’s PR efforts the next day by broadcasting images of the same type missiles used in Syria in 2016 (one of which targeted a hospital in Azaz, killing 14 people) was the clearest proof that Russia had taken offense. As this is the case, similar to all other matters concerning Armenia, the first question that springs to mind here is, “Where is Moscow in all this?”
The statement from the Kremlin adopted a “neutral” tone, however, its sincerity is questionable. If a prime ministerial-level statement is made in relation to Russia-made missiles “not exploding,” and if a memorandum is presented the following day, would it not be extra foolish to think there is no Russian involvement?
ARMENIAN EXPERT: PASHINYAN REMAINING IN OFFICE MOST IDEAL FOR TURKEY, AZERBAIJAN
Following the developments on Thursday, We called Armenia experts that have in-depth knowledge.
One such expert is Toğrul İsmayıl, head of Sütçü İmam University Department of Political Sciences and International Relations, who follows Russia and Eurasia, has intriguing answers to what may be the “most ideal” scenario for Armenia’s internal dynamics as well as for both Turkey and Azerbaijan. When we spoke on the day the memorandum was presented, he had the following to say on the matter:
“Pashinyan is a more ideal person compared to the Karabakh Clan. He is the most harmless among Armenian politicians. He is the most decent one at those standards. He was not busy with massacres. Furthermore, supporting West-inclined governments in Armenia and Georgia instead of Russia is better for both Turkey and Azerbaijan.”
Of course, these words do not whitewash Pashinyan. It simply means that if we were to choose from among all evils, he is the lesser evil. We need to think of Pashinyan remaining in office as better than the others alternative that might come to power.