New Dynamic in the Middle East: Gulf Arab States want to be more independent of US - Observers | Eurasia Diary - ednews.net

New Dynamic in the Middle East: Gulf Arab States want to be more independent of US - Observers 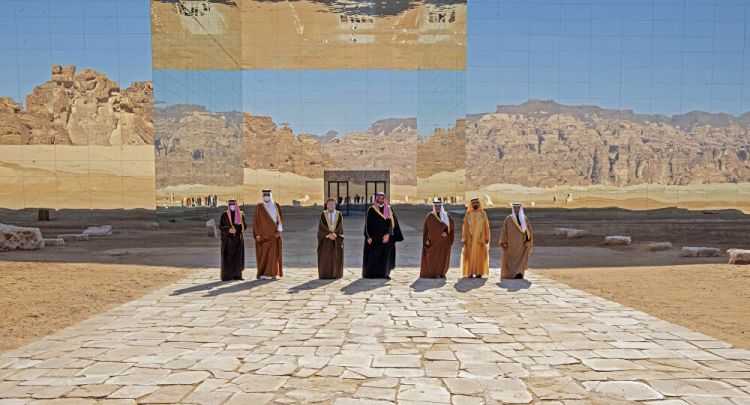 The Biden administration has begun reshuffling Washington's foreign policy priorities in the Middle East, but the power dynamic in the region has dramatically changed over the past few years, with Gulf Arab states diversifying their strategic partnerships, seeking more equal relations with the US, according to Middle Eastern observers.

Riyadh has completely rejected the "negative, false, and unacceptable assessment" of the American intelligence report released by the US Office of the Director of National Intelligence (ODNI) on 26 February 2021. The document alleged that Crown Prince Mohammed bin Salman "approved" the assassination of Saudi journalist Jamal Khashoggi in October 2018, something the Saudi royal family has resolutely denied.

"The Kingdom rejects any measure that infringes upon its leadership, sovereignty, and the independence of the judicial system", the Saudi Foreign Ministry said in an official statement, stressing that the monarchy had conducted a thorough investigation into the heinous crime, and tried and convicted the culprits.

In the wake of the Khashoggi report's publication, US Secretary of State Antony Blinken stated that the America would change its approach to the Saudi kingdom, specifying that Washington does not seek to "rupture the relationship", but rather to "recalibrate" it.

On Friday, Washington announced sanctions and visa bans targeting 76 Saudi Arabian citizens as part of the country's new human rights policy. Despite targeting the Saudi crown prince in its intelligence report, Washington did not impose any sanctions against Mohammed bin Salman.

The preference not to sanction Bin Salman suggests that the administration is attempting to strike a balance between presenting itself publicly as committed to human rights without compromising its relationship with Riyadh and alienating regional allies which the US still need in its pursuit of its interests", believes Sami Hamdi, an Arab political analyst and head of International Interest, a political risk analysis group.

The primary goal of Biden in pressuring Crown Prince Mohammed bin Salman is two-fold, according to Hamdi:

·         second, Washington wants "to make an example of Bin Salman to send a wider message to US allies that the new administration expects a return to 'discipline' in the region in the pursuit of US interests".

In short, Biden is sending a signal to Turkey, Saudi Arabia, and the United Arab Emirates (UAE) that Washington is back to fill the power vacuum left in the region by Donald Trump and will seek specific foreign policy goals such as a nuclear deal with Iran, and a negotiated settlement in Yemen, according to the political analyst.

"The Biden administration will more likely be an Obama Act 2", Hamdi suggests. "While the priorities of Washington will prioritise Asia (and more specifically China), Biden will seek to balance the power dynamics in the Middle East to ensure there is no dominant regional power [there]".

A Whole New Dynamic in the Middle East'

The Biden administration is about to face a whole new dynamic in relations with Gulf Arab players who "want to be more independent of Washington these days", says Dr Abdulkhaleq Abdulla, professor of Political Science at Emirates University and author of several books, including "The Gulf Moment".

The Arab Gulf states are trying to diversify their strategic partnerships, going to Asia, to Europe, and to Russia, the professor highlights, adding this is a new pattern that completely differs from what the region used to be some 20, 30 years ago. "I'm not sure that Washington really understands the new realities in this part of the Arab world", Abdulla remarks.

Thus, Riyadh is maintaining strong trade ties with China, who is the biggest importer of Saudi oil, and developing multi-level working relations with Russia regardless of the US calling the two countries its major geopolitical rivals. The Turkish newspaper Daily Sabah has recently alleged that the Biden administration's change in tone towards Riyadh may push Saudi Arabia closer to Russia, "at a time in which the kingdom is less confident in the US as a security guarantor".

"The lesson learned by various Arab regimes, including Saudi Arabia's, [during the civil war in Syria] was that Russia stands by its allies and partners in the region unlike the US, which more Gulf states began seeing as increasingly unreliable", the newspaper suggests.

Recalibrating is Common Goal for US and Saudi Arabia

While Washington has signalled its intent to "recalibrate" its relations with Saudi Arabia, Riyadh is also seeking clarity from the US about its foreign policy objectives in the region, notes Dr Hesham Alghannam, Saudi political scientist, Fulbright scholar, and a senior research fellow at the Gulf Research Centre, Cambridge.

Recalibrating/redefining is a common goal, the Saudis want a responsible America, not a security contractor", he says. "A clear US policy toward the region as a whole and a clear purpose would help the Saudis to positively engage with [the US]. The Saudis will work with a policy if it's clear, there will be at least understanding from both sides of/on the differences".

The Saudi political scientist stresses that Riyadh would also "support a complete solution to the Iranian issue, not to divide it into small chunks".

"The kingdom is not against positive engagement in any negotiations and talks, however we are against legitimising the actions of Iran across the region", he points out.

The Biden administration is seeking to return to the 2015 Joint Comprehensive Plan of Action (JCPOA), commonly known as the Iran nuclear deal, triggering concerns among Washington's Gulf and Israeli allies, who earlier hailed Donald Trump's May 2018 decision to tear the accord apart.

On 25 February, i24NEWS, an Israeli international news channel, reported that the Jewish state is in talks to establish a four-nation defence alliance with Saudi Arabia, the UAE, and Bahrain, citing unnamed Israeli officials. According to the broadcaster, the alleged talks likely came in response to the "growing Iranian threat". While Israel does not have official diplomatic relations with Riyadh, it earlier signed peace deals with the UAE and Bahrain within the framework of the Trump-brokered Abraham Accords.

"So, the next stage in our relationship [with the US] is not necessarily going to be the same as it was in the old days when America was the absolute super partner and whereby the Gulf states were the junior partners", suggests Dr Abdulkhaleq Abdulla.