Common understanding is impossible between US and Iran during presidency of Raeisi - Expert - ednews.net 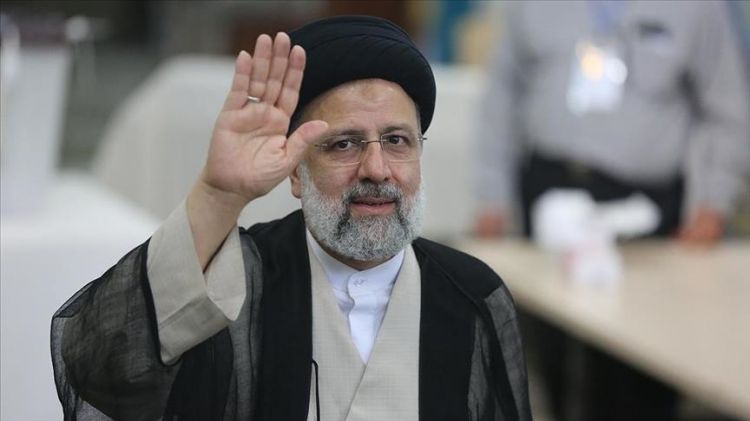 Iran’s newly elected President Ebrahim Raeisi touched upon the issue of the normalization of the US-Iran relations in his presidency period when he made a speech in his press conference.

In his speech, Raeisi said that he will not have any intention to meet with Joseph Biden, the President of the United States when he comes to power. He also called on Washington to lift all sanctions over the Islamic Republic imposed by the Trump and other previous administrations that cause serious blows on the economy and finance of Iran.

A number of experts argue that no positive change further in the relations between Iran and the United States is possible. Tensions between the two countries will continue, and even it may be worse.

Speaking to Eurasia Diary,  Mehmet Koç, Turkish expert on Iranian studies, commented on the future policy of Iran with the United States in the period of Ebrahim Raeisi presidency.

Initially, he pointed out that the serious problem in the US-Iran relations is connected to the nuclear agreement. Both countries have not been able to come to consensus on this issue.

“The USA's withdrawal from the agreement in May 2018 with Trump's decision and the hard sanctions imposed over Iran is the biggest problem discouraging the two countries to reach a consensus on this issue. One of the aims of the Joint Comprehensive Plan of Action (JCPA) signed between Iran and the P5+1 countries in July 2015 was to gradually eliminate the problem of insecurity between the two countries since the revolution in 1979 and to pave the way for further cooperation. Despite Iran's adherence to commitments, Trump's withdrawal from the agreement further deepened Tehran's distrust of Washington. The progress of the negotiations, which are to continue directly with Iran and the P5+1 countries in Vienna, and indirectly with the USA has been stuck in this obstacle,” expert noted.

According to Mehmet Koç, the sanctions imposed by the Trump administration over Iran are not limited to the sale of oil, natural gas, mines and restrictions on the banking and financial institutions  of the Islamic Republic.

“In addition to all these problems, many political and military officials, especially the newly-elected president Ebrahim Raeisi , the Revolutionary Guards have been put on the list of sanctions. Therefore, it is impossible to organize the productive negotiations between Washington and Tehran without lifting the sanctions over Iran and removing persons and institutions of the Islamic Republic from the lists. The leadership of the Islamic Republic seeks serious assurances from Washington that the United States will not  withdraw from JCPA agreement once again,” he said.

“Moreover, the Biden administration is very sensitive concerning the violations of human rights in every part of the world, and it may be possible to bring up this issue as a tool of pressure on the new president of Iran, due to his role in the 1988 mass execution,” he added.

Furthermore, Turkish expert said that the failure of the next negotiations between Iran and P5+1 over the JCPA agreement would lead to the exacerbation of the difficult economic situation in Iran. He noted that no concession to Iran by the US is a very serious problem that Tehran would enhance the nuclear enrichment by violating its commitments to the nuclear agreement.

“If the parties fail to achieve a positive result in the negotiations in Vienna, Iran will face more difficult economic circumstances, due to the non-lifting of sanctions. On the other hand, Iran has gradually suspended its commitments to the nuclear agreement, and continues its enrichment activities at the rate of 60%, well above the 3.67% uranium enrichment limit specified in the agreement.  In addition, senior Iranian officials have stated that they can increase the enrichment rate above 90%.  It seems that the tensions will arise between parities. We should also know that if the US does not take concrete steps, it will be possible for Israel to take the initiative and carry out some serious operations against Iran. Therefore, the period of the Vienna negotiations is a key role in the US-Iran relations,” he concluded.