Turkey and Russia have different interests in the South Caucasus - Op-ed - ednews.net 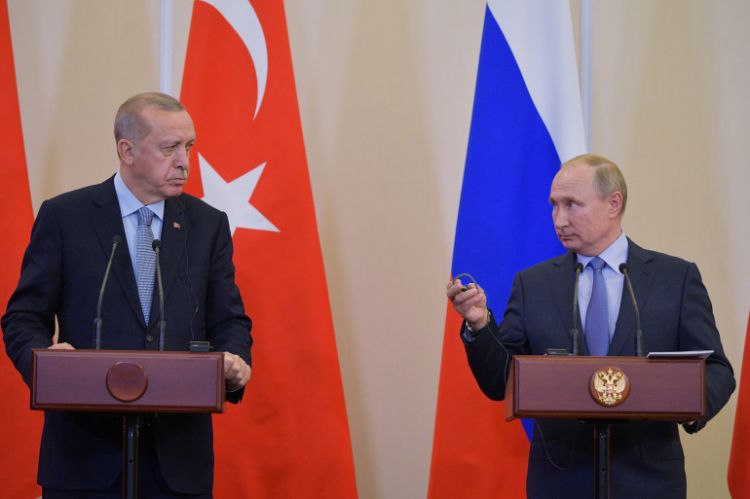 Eurasia Diary presents an article titled "Turkey and Russia have different interests in the South Caucasus" published in Hurriyet Daily.

Article was written by Taras Kuzio is a professor in political science at the National University of Kyiv Mohyla Academy. His book “Russian Nationalism and the Russian-Ukrainian War” will be published by Routledge later this year.

Since the end of the Second Karabakh War and the signing of a ceasefire agreement on Nov. 9, 2020, Turkey and Russia have co-existed in Azerbaijan in a joint monitoring center and Russian “peacekeeping” forces in northern Karabakh. This is a major compromise by Russia which has since 1991 always viewed the former Soviet space as its exclusive sphere of influence. Russia has been especially sensitive at NATO and the EU enlarging into this area; for example, by opposing Ukraine and Georgia joining these organizations.

Turkey and Russia’s unusual co-existence in Azerbaijan goes against the tide of history. The Ottoman and Russian Empires fought 12 wars between the 16th and 20th centuries. Turkey is a NATO member, has its second-largest army and hosts two U.S. military bases. The USSR and post-Soviet Russia have always seen NATO as a threat to their national security.

Although Turkish and Russian interests came together at the end of last year’s war there are four factors which point to the relationship being unstable.

The first is precedent. Turkey and Russia have been on different sides in the Syrian and Libyan civil wars. In the Syrian Armageddon, Russia is backing the oppressor of Sunni Muslims, the Bashar al-Assad regime, and their brutal tactics have forced millions to flee into Turkey and Europe. In Libya, Russia supported renegade Field Marshal Khalifa Haftar, while Turkey supports the U.N.-recognized Government of National Accord.

Similarly, Russian “peacekeeping” forces in northern Karabakh have no intention of helping to resolve the conflict because to do so would mean there would be no need for them to remain in place beyond their five-year term. Armenian politicians have, therefore, shown no interest in border demarcation. Meanwhile, Armenian politicians and officials campaign for the international recognition of the “sovereignty” (understand by Yerevan as independence) for Karabakh. Former Armenian Foreign Minister Vardan Oskanyan said “the achievement of the rights of the people of Nagorno-Karabakh to sovereignty on their land remains the chief task of the foreign policy of Armenia.”

Russian policies encourage Armenia to not have closure on its Karabakh expansionist dreams because both Moscow and Yerevan prefer ambiguity to conclusion. Turkey and Azerbaijan support using the post-war era to negotiate progress in a range of areas, such as re-opening borders and transportation links, which have eluded the South Caucasus when Karabakh and seven surrounding districts were occupied by Armenian in 1994-2020.

Armenia and Russia prefer a sense of ambiguity between Armenian national and Karabakh proxy forces. Armenia does not know if Azerbaijan will agree to prolong Russia’s “peacekeeping” mandate beyond 2025. Russia has adopted this approach for three decades in Moldova, Georgia, Azerbaijan and Ukraine. Russia incredulously denies any of its security forces are in eastern Ukraine while Armenia denies its national army is in Karabakh. In both cases Russian and Armenian soldiers simply removed their military uniforms and became local proxies.

Russia is turning a blind eye and thereby facilitating the continued re-supply of military equipment and personnel from Armenia to its proxy forces in northern Karabakh by civilian trucks traveling through the Russian monitored “Lachin Corridor.” Article 4 of the November 2020 ceasefire agreement states: “The peacemaking forces of the Russian Federation shall be deployed concurrently with the withdrawal of the Armenian troops.”

On March 1, at the U.N., Azerbaijan’s Foreign Minister Jeyhun Bayramov warned: “According to credible information available to the Azerbaijani side, which is also validated by the reports of independent mass media sources, members of the Armed Forces of Armenia, wearing civilian attire, are transferred to the territory of Azerbaijan through the ‘Lachin Corridor’ in civilian trucks, including disguised inside construction cargo, in an attempt to escape the control procedures of the Russian peacekeeping contingent.” Russia has been using a similar strategy of “humanitarian” convoys to illegally supply its proxies in eastern Ukraine.

The fourth is military. Energy-rich Azerbaijan has long been modernizing its armed forces using 21st century modern technology. Technology has little use without officer training which was provided by Turkey and delivered through high-level NATO standards.

Russia has always been Armenia’s main suppliers of military equipment and officer training. To Azerbaijan’s consternation, Russia is planning to “modernize” Armenian armed forces even before Armenian politicians have yet to accept the outcome of their defeat in last year’s war.

Russian and Turkish interests came together at the end of the Second Karabakh War. As these four factors show, this détente is unlikely to hold.