Iran, an Israeli headache, is trying to infiltrate Gaza under the guise of Qatar - Expert views | Eurasia Diary - ednews.net

Iran, an Israeli headache, is trying to infiltrate Gaza under the guise of Qatar - Expert views 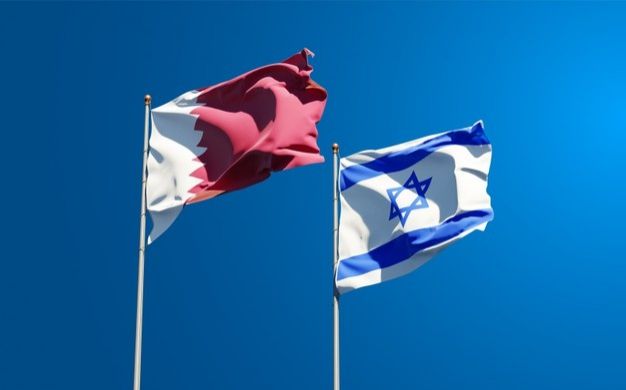 Hamas, which has taken control of the Palestinian Gaza Strip and won the 2006 legislative elections, has been fighting Israel for 14 years. Hamas, which once irritated Israel over its warm relations with Iran, has once again angered the other side on the basis of financial ties with Qatar. Obviously, Qatar is one of nine countries that do not consider Hamas a terrorist organisation. In addition, two leading Hamas leaders, Ismail Haniyeh and Khalid Mashal, are currently based in Qatar. However, the core issue here is not "a suitcase full of dollars transferred to Hamas," as mentioned by Israel but for what purpose, or, as Israel claims, to support terrorism.

Iran is one of the other countries that officially recognises Hamas, and it is not ruled out by Israel that one end of the accusations is related to Iran. At present, Iran is strongly concerned about arming Hamas with the intention of expanding its intervention in the region, albeit indirectly. Benefiting from economic ties with Qatar, Iran even wants to make Hamas financially dependent on itself. Israel, for example, admits that they have become accustomed to Qatar's successive visits to Gaza over the past nine years. In this regard, Qatar's $ 407 million grant for the reconstruction of the Gaza Strip in 2012, Qatar's $ 15 million monthly aid in the civil sector during the Israeli-Gaza conflict in 2018, as well as an additional $ 10 million granted for Gaza’s power plant did not bother Israel so much. The main concern is that Iran is deliberately arming its own terrorist groups and could escalate tensions in the region at any time, especially along the Gaza border. Israel claims that Iran is trying to do all this at the hands of Qatar, so as not to be seen as its biggest enemy. Even Israel believes that if Qatar stops doing this one day, Iranian-made missiles will inevitably fall on Israel. This can be done at the hands of the Iranian terrorist organisation Hezbollah, which has its roots in the northern border of Israel, as well as in Syria and Lebanon.

Commenting on the Eurasia Diary, the journalist of the Israeli news site Hayom, Shmuel Dean Elmas, clarified the issue.

Although the new government has taken steps to normalise relations with Arab countries since the Israeli elections, Israel sees Qatar's financial assistance to Gaza as a threat to itself. Journalist Elmas notes that Israel intends to establish good relations with Qatar in any form, but there are forces that do not want it or hinder it.

"We have established formal or informal relations with many countries, and our relations continue today. If this does not happen at the desired level with official Doha today, there are obstacles behind it. I can say with confidence that there are forces in the region that are trying to strain relations against us, "he said.

In addition, Azerbaijani political expert Teymur Gasimli stressed that Iran, which Israel accuses of supporting terrorism in the region, played a direct role in this issue.

"Apart from being one of the most important countries in the Middle East, Iran is also actively working with regional states. While Iran's rapprochement with the Arab world is driven by economic interests, another reason is to gather strength against Israel, its worst enemy in the Middle East. For this reason, Iran is making active political moves, especially in the Gulf countries. Iran is also trying to achieve its goals in the region by shielding Qatar.

Journalist Shmuel Dean Elmas said that official Jerusalem was ready to respond to Iran's policy by any means.

"Israeli intelligence is very close to the regime, as it does all over the world," he said.

“We know that Iran provides armed assistance to Hamas and other terrorist groups. However, even if they supply terrorist groups with weapons, they will not go far. We always have an alternative plan against them. By the way, the Abraham Accords is aimed at destroying Iran's program to support terrorism."