The dawn of a new era for Azebaijan-Israel relations | Eurasia Diary - ednews.net

The dawn of a new era for Azebaijan-Israel relations 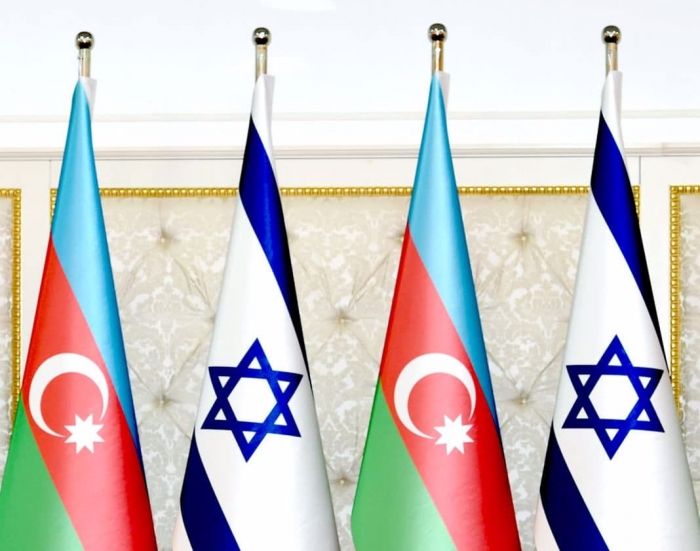 If we look on Israel, another Muslim country decided to open Representative Offices in the Holy Land. And not just a "Muslim country" – one of the oldest Muslim friends of Israel. This is an interesting development, after the signing Abraham Accords in August last year. Moreover, another Muslim Country – Kosovo – opened an embassy in Jerusalem on March.

At the same time, if we look on Azerbaijan, the flag of The Republic is hoisted in the State of Israel for good, and not only during official visits. After 30 years of formal relations, it finally happened. Israel is an island of sanity in the Middle East, and I am sure that President Ilham Aliyev knew this even before his first day in office. Hence another similar characteristic between the countries, since Azerbaijan is a country that strives to live in peace in the South Caucasus - a goal that Israel wants to achieve in the Middle East.

Egypt understood that on the late 70's, Jordan on the early 90's – But the Palestinians find it difficult to understand and internalize this. I don't think that all the Palestinians and all the Armenians want to live in a protracted war. The problem is that Armenia and the Palestinian Authority have a failing leaderships that use war as a tool to improve their electoral status.

Beyond that, Israel and Azerbaijan are suffering from the very same problem – The international community double standard. When we see the unbelievable destruction in all over Qarabağ - The international "noise" comes from ridiculous questions such as "Did Azerbaijan use excessive military force during the Second Karabakh War?" Or "Is Karabakh an Armenian territory?"

Such like that, when Israel fought terrorist organizations like Hamas and Palestine Islamic Jihad, foreign official and activists who hide their anti-Semitism under the guise of "anti-Israelism" called Israel a "baby killer". If the Palestinian terrorist organizations use their own civilians as a human shields for years and launched missiles from the heart of populated areas into Israel (and on civilians), so who are the "baby killers"?! Hamas! When Armenia launched missiles on Ganja – what they did? They committed war crime; they committed a crime against humanity due to their defeat. As in the Palestinian case, war crimes are evidence of the failure of Armenia's leadership.

But let's look on the bright side of life right now. Baku and Jerusalem, together, led to the dawn of a new era for the bilateral relations between Azerbaijan and Israel. Azerbaijan, headed by President Aliyev, proved in the Opening of Trade and Tourism Representative Offices, that Baku clearly separates its foreign policy from that of Turkey. Brother Country - Yes; Patron - Definitely not. Since the Second Karabakh War, I've made interviews with The Minister of Foreign Affairs Jeyhun Bayramov and the Foreign Policy Advisor to the President of Azerbaijan Hikmet Hajiyev and met their teams as well. In this way I realized that Azerbaijan, like Israel, is not smug after its glorious victory in the war - and like Jerusalem strives to break new records. I hope that in this year, the 30th year of the establishment of diplomatic relations between Israel and Azerbaijan, we will also be privileged to be at the establishment of the Azerbaijan Embassy in Jerusalem.

The article has been published citing the https://bakutribune.com/en/news/837/