Taliban not as it was 20 years ago - Afghan expert - ednews.net

Taliban not as it was 20 years ago - Afghan expert 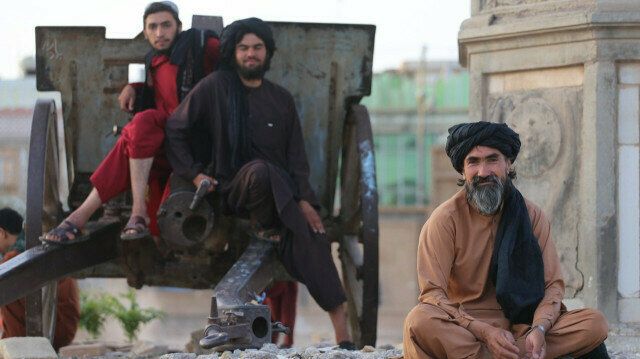 The past couple of weeks have seen the Taliban making headlines with its rapid takeover of Afghanistan, which has generated mixed reactions from governments and different segments of society.

Ahmad Muwaffaq Zaidan, an expert on Afghan affairs, believes the Taliban today is different from what it was 20 years ago following its rigorous contact with the world.

“The scenes we have seen in how Taliban entered Kabul and other cities, and how it has been dealing with state institutions, are reassuring to both Afghan people and the world,” Zaidan, author of "The Long Summer of Afghanistan," told Anadolu Agency in an interview.

He continued, "Compare this entry with the barbarism of (the international coalition led by Washington) entering Baghdad (in 2003), and even with protesters entering Capitol Hall (Congress building) during the days of (former US President Donald) Trump."

After quickly overrunning smaller administrative districts and provincial hubs, Taliban fighters on Sunday entered the Afghan capital Kabul and seized power, taking control of the country for the first time in almost 20 years.

The government quickly folded, with President Ashraf Ghani and other key officials fleeing to safety abroad.

So far, the Taliban has announced a general amnesty for state employees, encouraged women to participate in its prospective government, and pledged that Afghan soil would not be a springboard for harming any country, which Zaidan described these assurances as “encouraging.”

However, he contends that “the next stage will be a test for Taliban,” but expressed hope that the group will benefit from its five-year experience of ruling the country prior to the US-led invasion, as well as countries such as Pakistan, Qatar, Turkey, and others with which it has comparatively better relations.

When asked whether the Taliban takeover is the result of battlefield victories or an agreement with the US, Zaidan said it is "a real victory," citing Western media coverage of the Taliban takeover as the "end of the American era" and the "humiliation" of the West in the Central Asian country.

“What US President Joe Biden said about Afghanistan as the graveyard of empires is enough to explain everything," Zaidan said.

Regarding rumors that what happened is not a Taliban victory but rather a prior agreement with Washington, Zeidan said: "The only agreement, as far as I know, is the Doha agreement signed in February 2020, which stipulated the withdrawal of US forces from Afghanistan."

“The agreement was signed during the Trump administration and the current administration had very little time to get out of Afghanistan safely, and this has unleashed a state of panic and the confusion that we all have witnessed."

He also referred to the blame game between the US and UK over the Taliban’s control of Afghanistan, which he said will have “deep, dangerous, and far-reaching consequences.”

“The world,” he said, “must prepare for amazing geopolitical changes, where the Taliban will be a major player in the next scene."

According to him, the Taliban's three characteristics of "patient, steadfast, and dangerous negotiator" played a critical role in their victory.

"The Americans demanded that Pakistan arrest Mullah Abdul-Ghani Baradar in 2010, the Taliban’s second-in-command, then asked for his release in 2018, as they were counting on him (for negotiations)," Zaidan said.

"They thought that he was one of the moderates, but he proved that he was only moderate with his beautiful words, but with patience and steadfastness on principles, he amazed everyone, in my opinion."

Concerning the Taliban's relations with Turkey, Zaidan stated that the group has "Islamic sentiments and historical love for Turkey," which he believes should be strengthened in order to address common challenges.

"Perhaps the coming days will bring us all good news of this relationship deepening further, which I believe will be for the benefit of the Islamic world, which is facing enormous challenges."

He believes that the Taliban seizing power in Afghanistan will have a "tremendous" impact on Islamist movements.

“We see the morale boost it gave to jihadist movements in particular, which may gain at the expense of other (non-jihadist) currents and we see the whole world conspiring against the Arab Spring, of which Tunisia was the last victim," Zaidan said.

He warned that Muslim youth will now be more attracted to the Taliban's style of seizing power, which is likely to be adopted by people in the Arab world longing to end oppression.

"The young generation will therefore see that there is no solution than the Taliban model,” Zaidan concluded.