Who Fills the Information Vacuum First 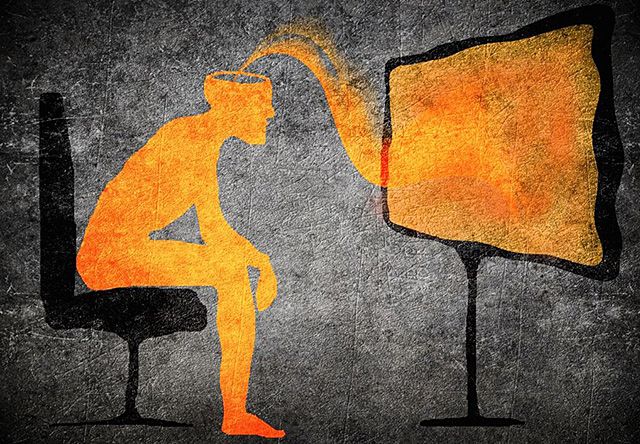 Presently, “Fake News” is a popular phrase and it got the world’s attention when former US President Donald Trump started using it as a quick answer to critical questions. He used this phrase whenever and wherever he found suitable for snubbing media men or for categorically denying the credibility of any question he did not like to answer.

I am an extensive follower of Communication and Media researches as it is a requirement of my studies and teaching assignments. Fake News and its dynamics are one of the major discussions in the field of Communication Philosophy to figure out the reasons behind the spreading of this trend and its impact on states, political parties, personalities, groups, and individuals. Almost every research indicates that sometimes victim provides an opportunity to become a victim of Fake News onslaught by providing Vacuum in the flow of information that is desired or demanded by the media persons. Can we apply this finding to understand fast-paced propaganda which is instrumental in shaping negative perceptions against Pakistan?

We know that the propagation means and strategies are made attractive, sellable with instant access across. Therefore, contemporary challenges need an instrumental, scientific, dynamic, and innovative response using the best possible means.

We are living in the era of information influx where scenarios and challenges change rapidly, where stereotype means fade quicker than ever. The eye-catching and popular propaganda succeeds, let alone the reasoning and analysis for its fast-fed information. The buzz line for the current scenario is “WHO FILLS THE INFORMATION VACUUM FIRST”. In case the hostile group fills it first, we lose the initiative and are forced to merely counter the onslaught.  But if we fill the Vacuum in the first place; the adversary’s challenge is multiplied.  The resulted perception (against or in favor) is greatly dependent on this Vacuum filling time frame and the quality of information, theme, or narrative.

We need to elevate our safeguards in view of covert agenda themes run through our mainstream media. The biggest challenge of time is the “ACCESS”. Since we cannot deny the easy access of information (positive-negative) to all, this vulnerability needs to be shaped into an opportunity through a well-steered information flow.  Therefore, the situation is compelling State-level media managers to review the mechanism of information flow that is designed and followed by an administrative system for releasing official information/version about happenings (important meetings) or anything related to the functions of the State. We understand that journalists have instant access to multiple sources of news and information and lag in information flow at state-level media management always creates a vacuum that is ultimately filled by fake or half-truth news.

For my understanding of the whole process of gathering official version/information for a journalist, I talked to several senior journalists having practical experience in reporting. I asked what kind of problems they face (faced) in gathering/getting official versions or official statements? the majority of them complained that getting an official version is (was) most of the time tedious because of the multilayered administrative and bureaucratic systems at the place.

They believe the majority of official public relations officers do not share information if they are asked for because they have to get permission from their higher authorities before passing desire information to the media. If a reporter/journalist wants an official version for his/her investigative story, the fate is an annoying delay in getting an official response, or sometimes officials simply deny to comment, resulting in publication or broadcasting of a story without an official version, hence providing an opportunity to ministry/department to complain that the story was published or broadcasted without official version, tagging the news “one-sided” or “Fake”.

Media researchers explain that the process of releasing an official version of an event or about any investigative story is unnecessarily lengthy. According to practice, first, the content of the official version is developed, then it is sent to higher officials for approval, and then it is released to the media if approved and allowed. This process can take several hours or even several days in providing the required information to the journalist who is working on an investigative story.  There is a saying that “News Never Stops”, therefore such delay can cause publication or broadcasting of information without an official version or sometimes with wrong information or even with a half-truth.

There is no doubt that “Fake News” is a lethal weapon for destroying a situation but delay in information flow from state tools is also a reality. If any organization wants to avoid an unpleasant situation, it must be proactive in releasing official information to the media because lagging or vacuum in information will always be filled with some information that may not be accurate.

The chances of finding loaded, fabricated, concocted, and Fake News in the mainstream, as well as social media, are higher when there is a lag or blockade in the process of access to official information. We should remember the thumb rule of 21st-century media management that is —- “WHO FILLS THE INFORMATION VACUUM FIRST” is the winner of the first run.

The thin line between Truth and False has always been a subject of discussion in journalism and I wish to cite comments of Thomas Jefferson we can found in his letter to his friend John Norvell written on June 14, 1807, complaining about mixing truth with false in journalism. He wrote:

“Nothing can now be believed which is seen in a newspaper. Truth itself becomes suspicious by being put into that polluted vehicle.