Turkey is of importance for ensuring security, safety and peace in Afghanistan - Expert
Read: 256 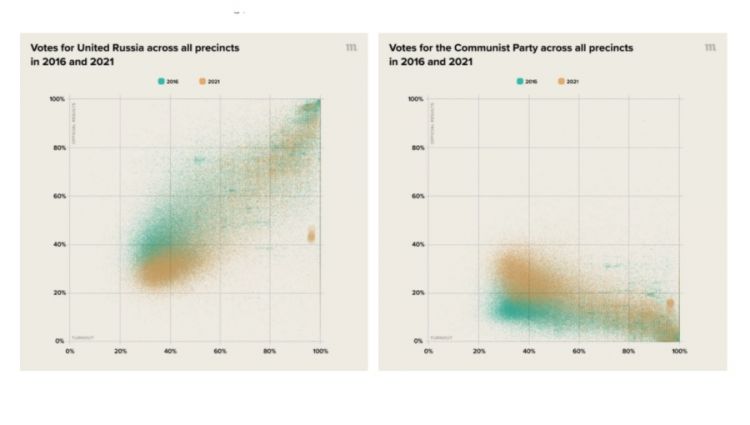 The Russian physicist and election statistics expert Sergey Shpilkin released another two charts on the voting patterns in the recent Duma elections that show a “comet effect” and a “Moscow blob” that further testify to the scale of ballot stuffing.
The two charts published by Meduza are based on voting data released by Central Election Commission (CEC) for both the 2016 and 2021 elections for the two most poplar parties: United Russia and the Communist Party of the Russian Federation (KPRF). 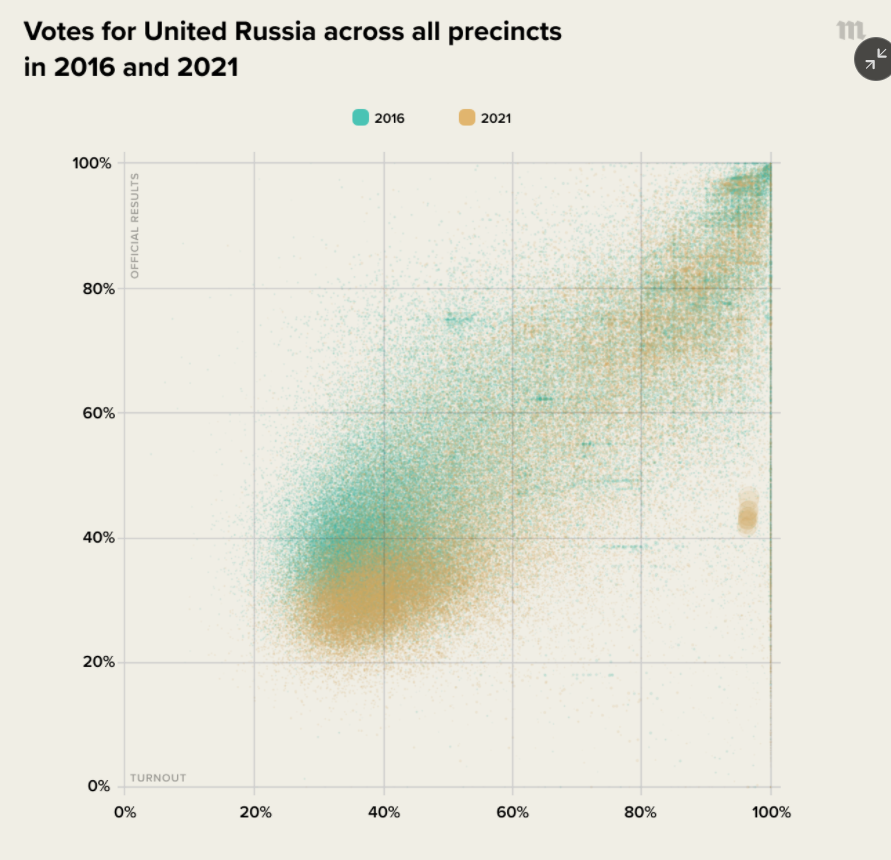 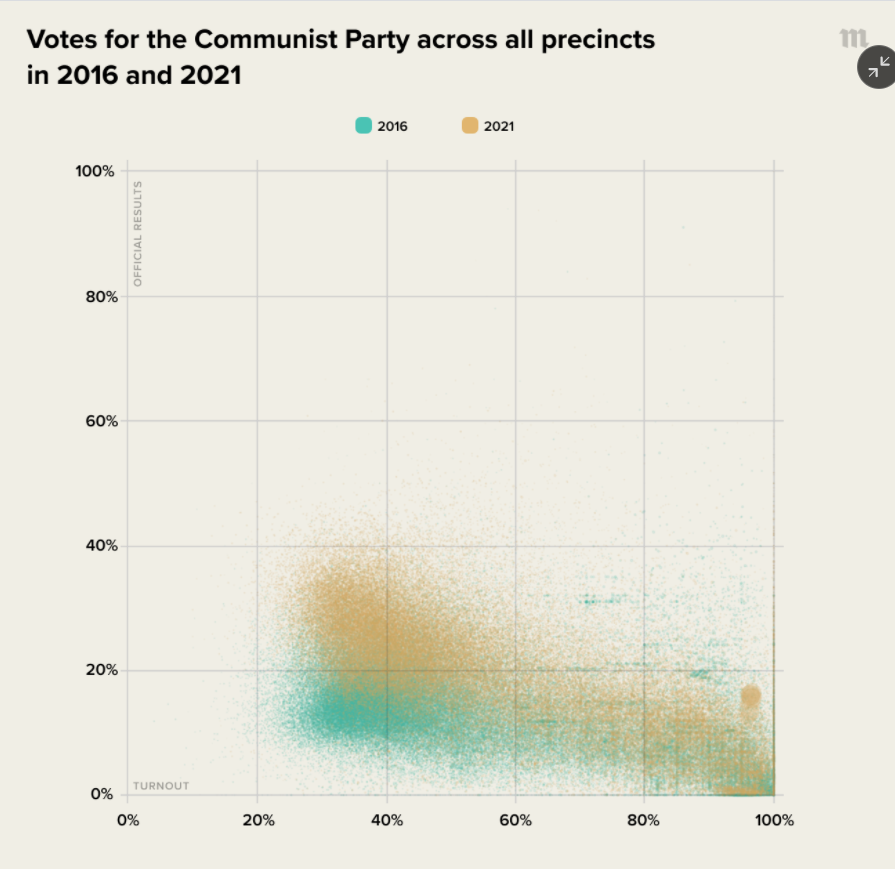 Both show a “comet effect” of votes rising for United Russia as the share of votes it won in a district tends towards 100%. Normally the distribution of votes in a free election should be a circle with a solid centre, which represents the majority voting for a party, that gets fuzzier as you move out left and right. Up/down represents the turnout.
In both the 2016 and 2021 elections there is a distinctive “tail” to the core of the results that rises for United Russia and falls for the KPRF, which strongly suggests ballot stuffing. The charts also show that the higher the turnout the higher the share of voting for United Russia, tending towards 100% turnout resulting in 100% vote for United Russia and 0% share for the KPRF.
Even more incongruent is the yellow “blob” on the right of the chart for United Russia near the 100% mark that represents the voting in Moscow. This blob doesn't fit at all with the random distribution that should describe voting patterns and is doubly suspicious as Moscow is a hot bed of liberal voters that are more likely to use their votes to protest against the government than in any other region of the country.
Indeed, as bne IntelliNews reported the initial exit polls based on the paper ballot count showed United Russia losing almost all the 15 seats in Moscow, but the final count after the e-votes were included resulted in United Russia winning all the available seats.
Some pundits have speculated the blatant nature of the Moscow fix was designed to be a message to Muscovites that it was useless to protest as the Kremlin is in charge of the system and there is nothing the liberals can do to loosen the Kremlin’s grip on power. The absence of any protests following the vote suggests the residents of Moscow have succumbed to the Kremlin’s lesson.
However, both charts show a solid core to the voting which represents the results in the districts where voting was reasonable free and fair. As bne IntelliNews reported Russia has a hybrid democracy where the Kremlin needs to earn as many genuine votes as possible to avoid mass protests that result if the fix to reach key thresholds like a majority for United Russia are too extreme.
These cores suggest what the two parties would have won in the absence of ballot stuffing: around 30% for United Russia and almost 40% for KPRF.
According to Sergey Shpilkin, United Russia won roughly 40% of all party-list votes in 2016 at polling stations with “normal turnout.” In 2021, this figure dropped to 30.98%, though “normal turnout” barely changed, rising from 36.5% to 37.94%. The official results from Russia’s Central Election Commission had United Russia’s share of party-list votes slipping only marginally between 2016 and 2021, falling from 54.2% to 49.8%.