"Karabakh in 44 days: from occupation to liberation" - Irish historian wrote a book about the Patriotic War
Read: 178 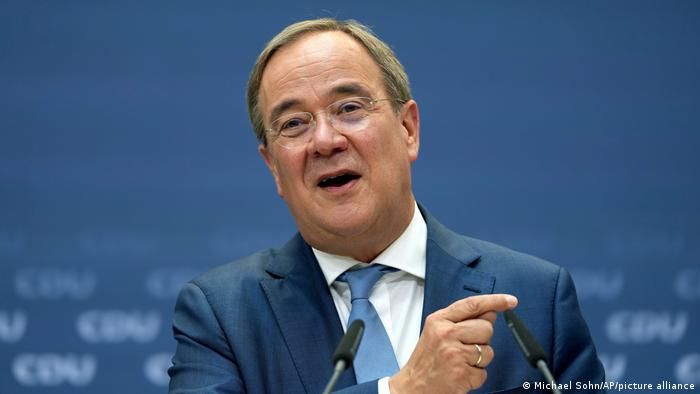 The parliamentary elections for forming the next government were held in the Federal Republic of Germany on 26 September.

According to the preliminary results, the Social Democracy party of Germany (SPD) secured 25.7% narrowly ahead of the center-right Christian Democrats and their Bavarian sister party (CDU/CSU) at 24.1%.

Another left party – environmentalist Greens got their best result with 14.8% of the vote.  The pro-liberal Free Democrats party took 11.5%, while the far-right Alternative for Germany totalled 10.3%. The socialist Left party stood up at 4.9%.

It is the first time that the conservative Christian Democrats and their Bavarian sister party have suffered the losses narrowly to Social Democrats since 2005. At the same time, the Mekrel administration comes to an end.

According to DW, Center-left parties emerged as the biggest winners of the election. Both the SPD and the Greens gained more than 5% compared to their results in the last federal election in 2017.

The German news agency also reported that both conservative bloc and the SPD want to lead the new government. However, there is no case that the CDU/CSU and SPD will come to agreement on the establishment of the coalition government for the next term.

Moreover,  it is also noted in DW that there would be options for CDU or SPD to form a coalition with Greens and FDP.  It depends on two small parliamentary parties to contemplate joining the coalition either with CDU or SPD.

Speaking to Eurasia Diary, Irfan Kaya Ulger, a professor of Kocaeli University said that it is not true to think that Merkel-led conservative Christian Democrats lost elections to the SPD. According to him, although the SPD received the most votes, its leader Olaf Scholz will unlikely secure significant support for the post of Chancellor.

“The difference in turnout of voters between the Social Democratic Party (SPD) and the Christian Democratic Party/Christian Social Union Parties (CDU/CSU) is 1.5 percentage points. From this perspective, we cannot say that the CDU lost the elections. At the same time, it is unknown whether SDP leader Olaf Scholz, who secured the most votes, will receive the necessary support for being next prime minister of Germany,”  Ulger noted.

Expert noted that the SPD will seek ways to form a coalition with Greens or FDP.

“More precisely, since the ultra-radical Left Party remained below the 5% threshold in the elections, the SDP will have to convince the Free Democrats or Green party, which seems ready to cooperate to form a government. Neither the SPD nor the CDU/CSU wants to form a coalition government with the far-right, xenophobic and islamophobic Alternative for Germany (AfD) party. On the other hand, the Free Democrats Party has opposed the coalition with the SPD several times,” expert noted.

“If the SPD leader's efforts to form a coalition doom to failure, it will be CDU/CSU leader Armin Lanschet's turn. I still consider Laschet a favourite,” he added.

At the end, Kaya Ulger said that it is possible to form the new German government with the formation of the grand coalition.

“The political culture for the grand coalition in Germany has deep historical roots. The majority of governments in Germany were based on coalitions. Therefore, it is possible to form the next government with the formation of a grand coalition on the basis of compromise between the CDU/CSU and the SPD. Of course, it matters who will be prime minister.  Olaf Scholz would assume the post of prime minister in this case, as it is the largest party. But at the first stage, I think that the options for the post of Chancellor than the grand coalition may come to the fore. If a result is not obtained in those options, a grand coalition may be in question,” he concluded.