We must never forget the bravery of 3000 Martyrs of this land - British journalist - ednews.net

US ‘deeply concerned’ by rising Daesh/ISIS attacks in Iraq - Secretary of state
Read: 205

Waging a large-scale war against Ukraine would be catastrophe for Russia - Maksym Khylko
Read: 166 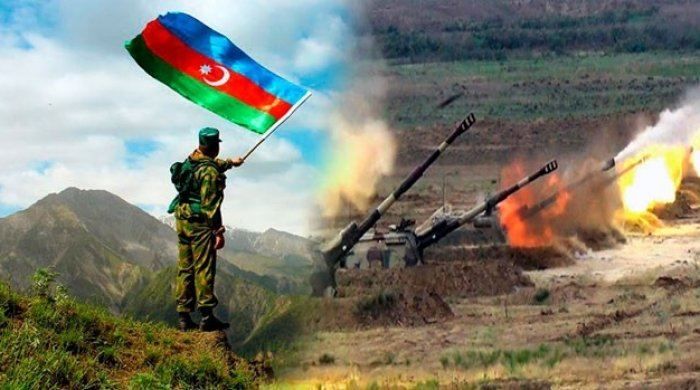 "The 44-day war showed that Azerbaijan had grown impatient regarding the restoration of its territorial integrity through peaceful means," said Neil Watson.

It is worth remembering that, on November 8 2020, glorious army of Azerbaijan liberated the city of Shusha, which is the heart of cultural and historical heritage of the Azerbaijani people, from Armenian occupation.

The city had been under the control of Armenian occupiers since 1992.

The liberation of Shusha did not only mark the end of the 44-day war, but also indicated the end of 30 years of agony and disgrace for the Azerbaijani people. The reclamation of this city is symbolic of the restoration of national pride in the history of Azerbaijan.

Speaking to Eurasia Diary, the British journalist, Neil Watson, said that the world saw the military strength, determination and political will of Azerbaijan to restore its territorial integrity and internationally-recognised borders in accordance with international law. At this time, Azerbaijan was seriously determined to end the Armenian occupation of its territories.

“The sole reason for the counter-attack was a response to the Armenian provocative attacks unleashed on Azerbaijani civilian towns and cities, manifesting the expansionist policies of Armenian Prime Minister Nikol Pashinyan. Despite the fact that he had made anti-Russian statements and undertaken anti-Russian policies, Pashinyan was sufficiently arrogant to believe that Russia would support him militarily in this conflict. Of course, he was using Russian weapons, but the Russian army did not come in to support him. This was a game changer. It proved that Armenia has no reliable allies. Furthermore, the support of Azerbaijan by fraternal Turkey and Israel, using the latest weaponry, including drones, proved that Azerbaijan has some very strong and active allies,” – Watson said.

The British journalist noted that another reason for the war was that the patience of Azerbaijan had been tested to the limit and it could not wait anymore for the implementation of the resolutions of the United Nations and other international organisations, and had given up any hope for a fair and just outcome from the deliberations of the OSCE Minsk Group on the solution of the Karabakh conflict.

“The war showed that Azerbaijan was a force to be reckoned with and that it had grown impatience with the international community regarding the liberation of its territories via peaceful means, most notably in the light of 26 years of meanderings by the toothless and biased OSCE Minsk Group. It showed that the Azerbaijani army was capable of waging a successful strategic military campaign and upholding international law,” he said.

According to Watson, the results of 44-day war have led to the change of the geopolitical circumstances in the South Caucasus.

“Although Azerbaijan has regained its territories in the clearest possible terms, some important issues need to be finalised.  In my view, a more successful solution than the location of Russian ‘peacekeeping’ forces in Karabakh and on the border of Armenia-Azerbaijan needs to found. We know that Russia is historically an ally of Armenia. It should be also noted that the political change in Armenia has made the role of Russia counterproductive.  It was also a fact that Turkey had strongly supported the army of Azerbaijan in the war. This support was an indication of the intention of Turkish President Erdogan to bring all Turkish nations under an umbrella. This will be a bulwark against Russia and the Russocentric world in the fullness of time,” he stressed.

While commenting on the capability of Azerbaijani army, Watson said that the bravery, strength and resilience of Azerbaijani Armed Forces in the war were astonishing for everybody.

“The Azerbaijani army proved its strength in the war in unambiguous terms. It was well-organised and equipped with the high-technology weapons.  We must never forget the bravery of the Azerbaijani service personnel and the supreme sacrifice of nearly 3000 combatants who gave their lives for their country,” he said.

Furthermore, the British journalist underscored the necessity of the liberation of Shusha in history of Azerbaijan.

“Shusha was always emblematic of Azerbaijani culture. It is the birthplace of Natavan, Bul-Bul and Uzeyir Hajibeyli and the desecration of Shusha Mosque by making it into a pig-sty was an indication of the lack of respect by the Armenians for the remnants of Azerbaijani culture. Liberating Shusha was one of the most important achievements of the Second Karabakh War and proved that the conflict was over for Armenia,” he concluded.