From Armenian Aggression to Azerbaijani Victory / Lessons to Learn - ednews.net

"Many people I know in Azerbaijanis still dealing with the trauma" - Former US Ambassador discussed the political side of the January 20 events - VIDEO
Read: 264

From Armenian Aggression to Azerbaijani Victory / Lessons to Learn 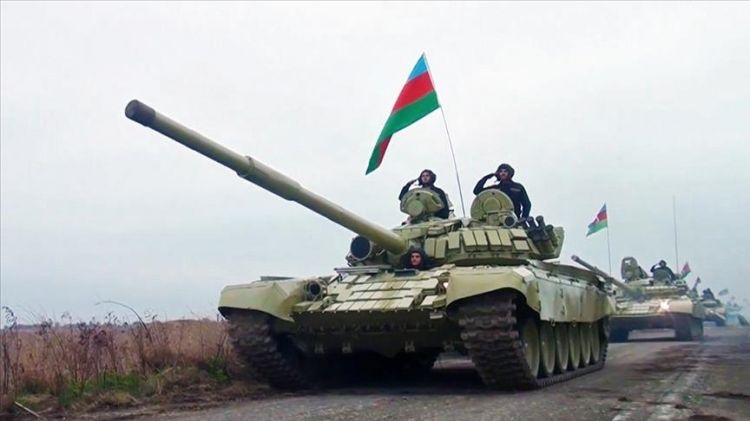 We feel honor to recall our role during this war that we played supporting Azerbaijan, not on the basis of religion or relations but on principal grounds. We were standing with you….We were writing for you ….. We were fighting for you on front of press and opinion making ….. Not with one two TV clips only but throughout all 44 days …. Every day with our write ups and OP-EDs in war against aggression ….. we not only criticized Armenia but we also showed courage to mention the proxy of other countries as well where many remained silent saving their connections …..

We did all this Not for any reward but as our duty only ….. We raised two main points after the victory of Azerbaijan that

-1- The victory of Azerbaijan means taking her occupied territories back without further seeking international arbitration. It carries a lesson for all countries whose territories have been occupied and UNO or any other arbitrary forum can not hold the occupant accountable for certain reasons. The lesson is do not see towards world powers and when you have legal and ethical grounds of claiming the land, do not remain theoretical but be practical and Azerbaijan became practical when Armenia opened fire not only on the forces but hit the civilians as well. It is our firm belief that Kashmir will never be liberated by the UN resolutions only. We will have to be practical rather theoretical.

-2- Azerbaijan needs to remain alert even after winning the war and liberating its territories because a cunning enemy is more dangerous when it is defeated. Our observation proved right when Armenian forces destroyed the cultural heritage of occupied territories and fixed mines there. Dozens of lives have become victim of these mines even after the war is over. Armenia is not ready to hand over the maps of locations of these mines.

We raised the question on proxy of Iran during the war in the press conference of former Ambassador Ali Alizade that “why Iran is moving troops towards the border”? our question was replied back in diplomatic way ” may be Iran wants to safe its borders” but later it became crystal clear that Iran is taking side of Armenia. Mother of an Azerbaijani Military Officer refused to accept Irani Medal for his son.

Last month some Irani Trucks were found carrying mysterious materials to Armenia. They crossed the check point situated on the main crossing between Iran Azerbaijan and Armenia. Only then a clear response came from Azerbaijan side by sharing the pictures and footage of these trucks with media.

We highlighted that Russian intervention is not for Azerbaijan but it is for Armenia only to save it from losing more territories. We recommended that Azerbaijan should take all territories back in the same phase in one go before the forwarding troops are stopped in the name of arbitration for peace.

Victory and celebration is good but more important is to remain cognizant of what is going around on the pretext of peace and stability. To win is one thing but to sustain your win win position is another thing. Two big countries in your neighborhood are not happy on your victory. They have issues with you and your allies as well. Recently they had detail discussions on what happened during this war and what was the result of this war. They are joining forces and minds. They failed to stop you from liberating your lands but they can come from another side any other time.

For Armenia, We can state without any apprehension of contradiction that the best for your nation and people is to take confidence building measures with Azerbaijan. Move forward , leave the past in the past and normalize the relations with the neighbor as is the policy of Azerbaijan. It will not only save you from further humiliation but generate the opportunities of development and prosperity of your own coming generations.

Another lesson for Armenia is, never run over your neighbor with borrowed power from the others, relying upon the others. No one will come to fight for you. Big countries like France and others mentioned already seek their own interests by exploiting your enmities. You have learnt good lesson from Azerbaijan. Now learn it by heart and never forget it.

At the conclusion we pay rich tributes to those who sacrificed their lives for their motherland. We offer Fatiha for the departed souls. Our feelings and thoughts are with the families of martyrs. We are sure Azerbaijan government is capable of taking good care of them.