How to Build Peace between Armenian and Azerbaijani Societies? - ednews.net

How to Build Peace between Armenian and Azerbaijani Societies? 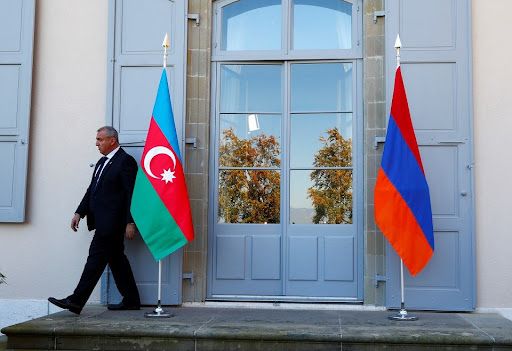 Eurasia Diary presents an article titled "How to Build Peace between Armenian and Azerbaijani Societies?" published in the website of Ankasam analytical center.

“Public diplomacy” has been used for building peace between the nations, which fought with each other for many years, felt hatred towards each other, and faced endless suffering. It is challenging to deal with traditional diplomacy unless the nations support it. Inter-societal diplomacy is not accepted as an alternative for formal diplomacy, yet it is a complementary way to establish a dialogue. Moreover, it is practiced by a non-governmental organization or a third party, trustful, open-minded, and mediator.

This type of diplomacy has a specific value since it is unofficial and lets the practical participation tools. That kind of diplomacy creates a solid basis for building trust between people because the tensions are not started by nations but by politicians.

One of the essential tools for preparing the nations for peace is the creation of economic partnership offers. In that sense, the bazaar of Sadakhlo Village of Georgia, located next to the Armenian border Marneuli, can be a helpful example. This bazaar enabled Azerbaijan Turks, the Armenian, and the Georgian to shop, ignoring the disagreements that had happened before. This had positive contributions to the people living together.

Today, the tension continues between Azerbaijan and Armenia, and the parties cannot take a step towards peace. In this step, even the possibility of nations to live together, the standard options partnership, the offers, and reactions are discussed frequently; it has been seen that both sides are not ready to be together.

In Southern Caucasia, war and peace have been discussed for a long time. For some sections, it is a rush to give peace messages while the wounds of the war were not cured; however, an immediate action to build peace may prevent another war from spreading because there is not enough time to spend.

Applying ideas of the people who study public peace and contribute to the peace process may give us another point of view. That is why pioneering people in Azerbaijan and Armenia should search for building peace between the nations. Thus, the member of the Writers and Journalists Union of the so-called Nagorno-Karabakh Republic, Albert Vaskanyan, highlighted that peace has no alternative with those words:[1]

“I would like to express my ideas since I trust the understanding of the ones who are thinking differently., I believe that the resolution is not a good idea at this moment. In Karabakh, almost every day, a corpse was buried. Still, there are lots of people who are missing. Even the war finished a year ago, the region’s people are still mourning. We turned back to May of 1994. Now, the Armenians are replaced with the Azerbaijani. The winners were them; the losers were the Armenians. In this issue, I have a position. However, I think neither Azerbaijan nor Armenia is ready for peace. The time is needed for forgetting the wounds. Not only us, but the world’s civilians are also suffering in the wars. I have been to Istanbul many times. Although I speak Azerbaijan Turkish, I easily made contact with the people. I wish from God help us to build peace in the region.”

Activist Erik Khachaturyan, who spent his childhood in Baku and can visit only with his Russian citizenship, believes that Azerbaijan is the leading country in Southern Caucasia. Therefore, he expressed his ideas on this issue with those words: [2]

“I believe the permanent peace unless another war happens within two generations in the region. Both nations have an influence on peace. However, unfortunately, we could not see a non-governmental initiative in Armenia. Today, as a civil society, we should communicate and establish a dialogue regardless of the place. A peaceful dialogue should have been conducted for the prosperity of the nations. We believe that there are not many people, who can be effective in this issue in the Armenian public, or they hesitate to show any initiative. I always highlight that the direct dialogue between the three nations is the best option. Many people think in that way, either. Besides, the locomotive of Southern Caucasia is Azerbaijan. Other leaders should listen to Azerbaijan’s wise, logical, and peaceful President.”

In 2016, while the conflict between Azerbaijan and Armenia was continuing, Dilare Efendiyeva suggested the establishment of the “Azerbaijan-Armenia Peace Platform,” and she became the director of the platform. Efendiyeva suggests that Armenians who live in Turkey can be a bridge towards building peace:[3]

“The peace of the nations of Azerbaijan and Armenia would contribute to peace and prosperity of the region. An incident in a country is reflected in the neighboring countries in the globalizing world. That is why we, as the countries of the region, should be in touch and avoid military conflict to prevent another war and protect civilians’ lives. The nations’ reactions towards each other are causing some political decisions to be delayed. That is why we should mutually try to find common useful solutions. Both nations should understand that peace is the guarantor of a peaceful region and economic stability. In 2016, “Azerbaijan-Armenia Peace Platform” was established. In the platform, the citizens of different countries were presented by Armenian political experts, activists, business people, Azerbaijani lawyers, members of non-governmental organizations, experts of socio-politics of the Organization for Security and Cooperation of Europe (OSCE) Minsk Group. With this initiative, we have shown that peace is desired, even when the discourse of peace is not expressed. Turkey is also playing an effective role in this process. I believe that Armenians living in Turkey can be a bridge to connect with Armenian society. Moreover, this would prove that the conflict is not based on ethnic or religion. I desire non-governmental organizations of Turkey, Azerbaijan, and Armenia to start working together. If the communication increases, the dialogue would be based on logic, not emotions. Therefore, the basis of the solution for the problems will be prepared.”

In Armenia, while a significant part of the country is not accepting the war results, in Azerbaijan, the celebration of the victory is continuing. None of the sides want to focus on good relations in that situation.

As it is known, every war supports the emotions of nationalism, and that prevents the consensus between the nations. It does not matter if the one is a winner or the war’s loser.

After the decades-long dispute, permanent peace between Baku and Yerevan can only be provided with civil society’s pioneering. It can be seen that diplomatic initiatives and technical dealings could not bring permanent peace on their own. Thus, after 30 years of dispute, the dialogue between the states would not convince the two nations to trust and build peace with each other. In other words, permanent peace can only be provided by the resolution between the nations. In that sense, non-governmental organizations have significant responsibilities.

It should not be forgotten that Karabakh War has seriously affected the life of both the Armenian and the Azerbaijani. After 30 years, it is hard to forget the harmful incidents; people could try to make peace again. In that sense, the non-governmental organizations can bring older people of Azerbaijan and Armenia, who before lived together. The old friends or neighbors would remember their past and show their children that living together with peace is possible. In short, the connections between the Azerbaijani and the Armenian could contribute to the mutual trust between the nations. Therefore, action should be taken immediately.

[1] The interview was done with the member Authors and Journalists Union of the so-called Nagorno-Karabakh Republic, Albert Vaskanian.

[2] The interview was done with activist Erik Khachaturian.

[3] The interview was done with the Director of Azerbaijan-Armenia Peace Platform, Dilare Efendiyeva.