European Union is an important partner for Azerbaijan - Expert - ednews.net

"Both Lukashenko and Putin's threats are no more than desperate attempts of bluffing" - Ukrainian expert
Read: 270

European Union is an important partner for Azerbaijan - Expert 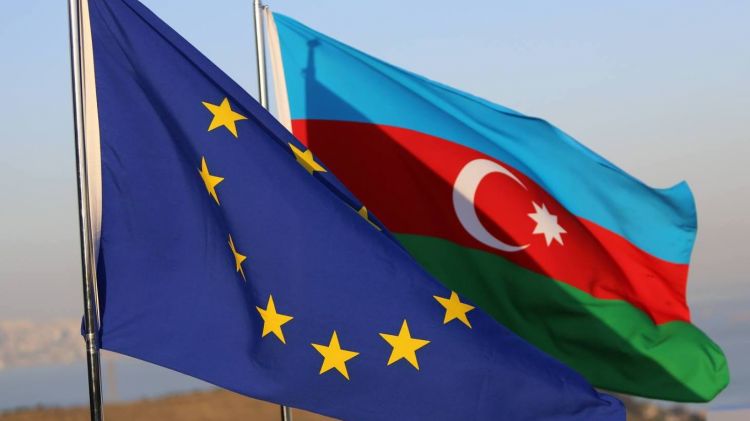 "A new agreement can be expected to be signed between Azerbaijan and the European Union in the near future."

According to Eurasia Diary, this statement came from political analyst, Matin Mammadli while commenting on President  Ilham Aliyev's statements on Azerbaijan-EU relations in an interview with local television.

"We see that the president’s statements reflect the real circumstances after the Second Karabakh War. I can confirm this on the basis of the attitude of many countries to the Karabakh conflict, especially to our country. Unlike the United States and France, the European Union really has an objective attitude towards Azerbaijan. In connection with the discussion of the conflict and its consequences, European officials have regularly visited our country and made some statements. Azerbaijan cooperates with the European Union in many areas, mainly in the political, economic and energy spheres. "Azerbaijan plays an important role in Europe's energy diversification."

The political analyst also said that the agreement on strategic partnership between the European Union and Azerbaijan could be signed in the near future.

“To date, our country has not signed an association or strategic partnership agreement with the European Union. Unlike Georgia and Ukraine, we will not sign the association agreement with the EU. However, the government of Azerbaijan and the European Union could take into account the signing of a strategic partnership agreement in the near future. According to the officials of our government, both sides have agreed on many issues of the agreement. I think that a new agreement could be signed between the two sides in the near future”.

In the end, the political analyst supported the President's views on the association.

"The president is absolutely right on this issue. The countries, which signed an association agreement with the EU, have not acquired the most successful results. After the signing of this agreement, Ukraine has faced serious political and military threats."