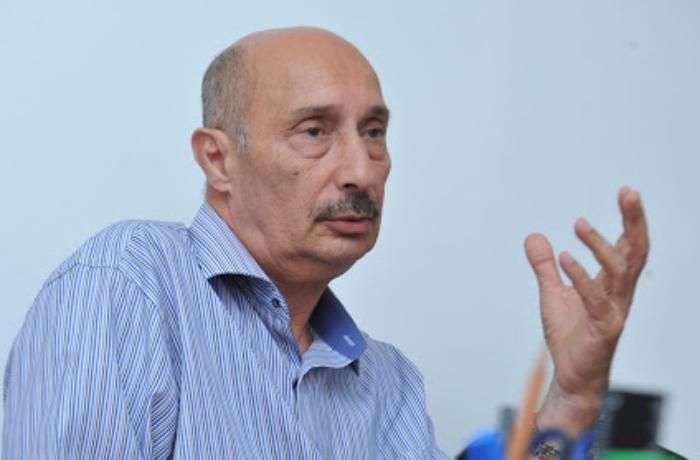 Since the beginning of the war in Ukraine, illegal Armenian military units have become more active in the territories of Azerbaijan, where Russian peacekeepers are temporarily stationed. Armed forces are deliberately shooting on Azerbaijani army positions in Khojavend, Khojaly, Askeran and Agdam. The peacekeeping forces turn a blind eye to these provocative actions of the Armenian terrorists and do not take any necessary measures.

At the same time, according to information circulated in the media, Moscow has already withdrawn the part of peacekeeping forces from Karabakh and sent them to Ukraine. The Chief of the general staff of the Ukrainian armed forces has already confirmed that the peacekeeping forces, which are responsible for the mission in Karabakh, are involved in the military operations of the Russian army in the country.

At the same time, another noteworthy point about Karabakh is the statement of Azerbaijani Deputy Foreign Minister Khalaf Khalafov. He noted that the Azerbaijani government's position on the disarmament of illegal Armenian armed forces in the region is serious and will be dealt with in the near future.

Political analyst Zardusht Alizadeh told Ednews that all events happening in Karabakh were under the control of Russian peacekeeping forces. He believed that Azerbaijan and Armenia had to take into account the Russian factor in their all steps.

"Even before Russia launched attacks on Ukraine, Armenian separatists in Karabakh had been doing whatever they wanted before the eyes of peacekeepers. Despite Azerbaijan's protests, peacekeepers have not taken serious measures. After the start of the war in Ukraine, the situation in the region has suddenly become even more aggravated.  By taking advantage of the war, illegal Armenian armed forces have been violating the ceasefire for recent days, and the Azerbaijani army is taking retaliatory measures to prevent their provocations.  Of course, all of them could not happen by the permission of Russia.  The Armenian side could not dare to violate the ceasefire without Russia's consent”.

During the talks, the political analyst noted that the Azerbaijani army could enter the zone of responsibility of peacekeepers, but it could be done under the consent of Moscow.

"Russia has been isolated by the world for attacking Ukraine. Serious sanctions have been imposed on this country.  All his allies have turned away from him. In this case, what does the Russian leadership want to do in Karabakh? They are trying to create conditions for military clashes between illegal Armenian armed forces and Azerbaijani servicemen in the region. Russia could even cause a military confrontation between Armenia and Azerbaijan. Moscow may want to see both countries to be reprimanded and sanctioned by the West”.

According to Zardusht Alizade, the disarmament of illegal Armenian armed forces in Karabakh would be possible in the near future.

"After the withdrawal of illegal Armenian militants, as well Russian peacekeeping forces from Karabakh, the Azerbaijani government will have to carry out rational measures to establish stability in the region. First of all, Azerbaijan must launch the negotiations with the Armenian community of Karabakh through the mediation of Western delegation. In the negotiations we should guarantee their security, inviolability and social security before the eyes of the world. In this way, Azerbaijan can indicate that it is ready to accept Karabakh Armenians as citizens again. If Armenians respect all this, they can stay and live in our lands. As for the Armenians who do not agree to live with us, the suitable conditions should be created for them to sell their property at any price and leave the region peacefully. Let them go and build houses in Armenia and other countries. "

Expert also added that there was no need for the activity of peacekeepers in the region of Karabakh.

“Peacekeeping forces of the United States, France and other countries cannot take hold of the mission in the territory of Azerbaijan without the consent of Azerbaijani government. With the consent of Baku, the only Turkish armed units could be stationed in Karabakh. However we know that Armenians will not agree on this.  Generally, I want to say that Karabakh does not need international peacekeeping forces. From my view, the period of the peacekeeping mission has ended”.

In conclusion, Zardusht Alizade touched upon the possibility of the signing of the peace agreement between Armenia and Azerbaijan.

“It will be easy for Armenia to sign a peace agreement if the Armenian community of Karabakh agrees on the co-existence in the territory of Azerbaijan. Even the opening of borders and normalization of relations between Armenia and Turkey could be an important factor accelerating the peace process. In these circumstances Armenia and Azerbaijan will enter a new political period”.