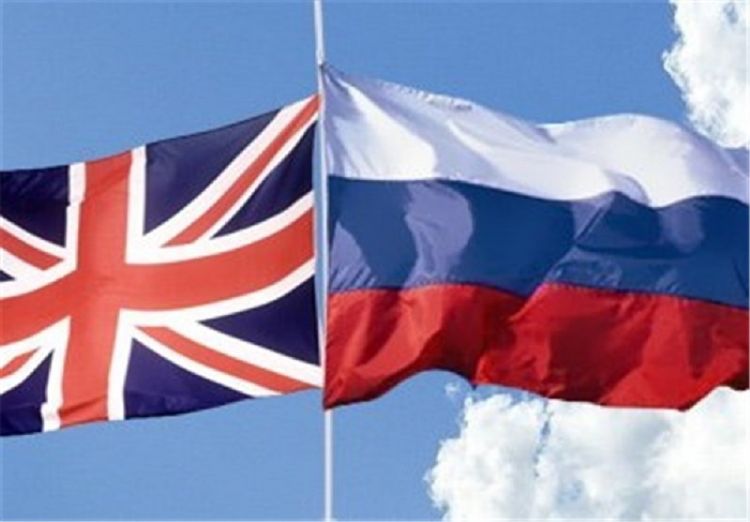 The war in Ukraine has had a negative impact on Britain.

Russia, which accuses Britain of actively supporting Ukraine, has sent a stern warning to the kingdom, saying that Britain is allegedly helping Ukraine to strike Russia's strategic military points. This has been the biggest concern of the official Kremlin.

"We have alerted official London, which has a direct involvement in Ukraine's military operations. If this continues, Britain will receive a more severe and adequate response, "the Russian Defense Ministry said.

In addition, Britain is facing a serious problem with Russia in the return of prisoners. Two civilians captured by Russia in Ukraine, 28-year-old Aiden Aslin and 48-year-old Shaun Pinner, have been arrested by a Russian court. However, Britain is demanding their release.

Thus, Britain is clearly on the field against Russia. The course of the process suggests that this will not end in peace.

Is Russia insisting on completely burning bridges with Britain?

Speaking to Ednews, British journalist Neil Watson said that the Prime Minister of the United Kingdom Boris Johnson has openly denied the hypothetical threat of Russia's use of tactical nuclear weapons. "British Prime Minister Boris Johnson has actually publicly dismissed the hypothetical Russian threat to use tactical nuclear weapons, instead suggesting that Russian President Putin has the room to back down and end the conflict. Johnson stated: "Given the massive Russian backing for what he is doing, given the apparent obliviousness of the Russian media about what is really happening in Ukraine, the paradox is that Putin has far more political space to back down, to withdraw”. This means that, in Johnson's view, Putin is controlling the Russian media to such an extent that he could make a withdrawal without losing internal support. Speaking on UK Talk TV, Johnson commented: "‘There will come a point when you (Putin) say to the Russian people 'The military-technical operation we launched in Ukraine has been accomplished, it has been technically a "success"."

Neil Watson also touched upon the results of negotiations between the parties on the return of two British captives, Aiden Aslin and Shaun Pinner, who were captured by Russia.

"British Prime Minister Boris Johnson has condemned the Russian capture of two captured British men named Aiden Aslin (28), and Shaun Pinner (48) in Ukraine during the battle for the city of Mariupol. He stated on UK Talk TV: "Aiden and other UK nationals who have been fighting for the Ukrainian Armed Forces and get captured are not hostages; they're not there to be swapped...they are Prisoners of War and they are therefore entitled to rights under the Geneva Convention. They should not be made to give hostage videos as that is a breach of their rights as Prisoners of War."

The fact is that the men have not been captured by Russian forces because they are British, but due to their active support of the Ukrainian side. I am of the belief that Russia has more to lose than gain by keeping them in captivity, and as sight of a peace accord comes in sight, they will be released as a goodwill gesture.”

The journalist commented on the statement made by Russian Foreign Minister Sergei Lavrov on the threat of World War III.

"Speaking to Interfax, Russian Foreign Minister Lavrov commented on the threat of World War III and that: "the danger is serious, it is real, you can't underestimate it." However, he went on to state that he was "confident" that the conflict would end with the signing of a peace "accord". I would agree with UK Prime Miniuster Johnson that the risks of a world war are extremely unlikely. However, if this situation were reached, I am certain that the UK, US and EU would unite on one side and that Russia, Belarus, Iran and China would collaborate on the opposite side. However, I genuinely believe that Russia is not seeking to create a conflict of this scale, not least because it would be impossible for the Russian propaganda machine to redress the conflict to maintain internal support for Putin."