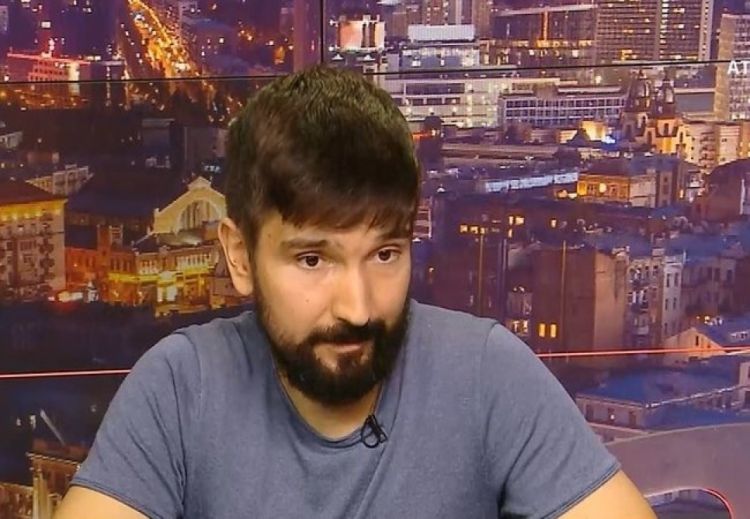 It has already been confirmed that the southern territories of Ukraine, which were taken under control during a special operation by the Armed Forces of the Russian Federation, will be turned into Russian lands. Even the self-proclaimed permanent representative of Crimea to the "president", Deputy Prime Minister of the Crimean government Georgi Muradov said.

It should be noted that Russia, which is going to enter the second phase of the war, changed its offensive tactics and strengthened its position in the south-eastern regions of Ukraine. Speaking to Ednews, Mykola Zamikula, a Ukrainian political expert and senior research fellow at the National Institute for Strategic Studies, said that Russia had been playing this scenario since 2014.

"I can say with confidence that there is evidence that Russia is already preparing for a scenario that has already been implemented in the occupied territories of Crimea in 2014. Russian forces are preparing for an illegal military operation, including an illegal "referendum" in Kherson and parts of the currently occupied Zaporozhye region. These territories are of great importance to Russia, because Russia's land route to Crimea passes through that territory, and Russia wants to take control of it.

It is possible that the Russian government did not initially plan to annex these areas. However, the overall plan of occupation was to overthrow the democratically elected government of Ukraine and establish a puppet regime in Kiev. In such a scenario, Russia could gain de facto control over most of Ukraine without de jure annexation. Russia failed to achieve this goal. As Ukrainian society unites in the fight against aggression and Russian military forces get weaker, the southern part of Ukraine can remain part of Russia only conditionally and temporarily."

The expert also touched upon the purpose of Russia's aggression. He noted that the Kremlin has reconciled with the current situation and retreated to the south, otherwise its goal is to undermine the independence of Ukraine as a whole.

"We must not forget that the purpose of Russian aggression is not only to control some parts of Ukraine (even if these territories are of strategic importance). Russia's war of aggression is aimed at destroying Ukraine as an independent state. It is a fact that the Putin regime does not recognise the existence of the Ukrainian people and their right to an independent statehood. All his rhetoric and actions showed that the Kremlin wants to see Ukraine in its hands. For us, this war means the struggle for the survival of the Ukrainian state and nation. "

M.Zamikula also said that the scenario of stopping the war could be implemented.

"Russia's occupation ambitions can be limited only by military resistance. There can be no question of Ukraine's intention to make any concessions in exchange for the occupied territories. In addition, Russia, which has faced military failure on the frontline, may suspend military operations for some time by simply occupying the Kherson and Zaporozhye regions. However, this may result only in a temporary pause before the next round of Russia's new attack on Ukraine. A new round of war is expected to occur again in a few years or even a few months. Such scenario is doubtful, because of the threats and plans which were given by Russian military commanders. So it seems that they are not going to have even temporary pause, they are not going to stop for some time and annex Kherson - they are preparing further attacks."

Further to his comments, the expert spoke about the position of Ukraine. He outlined the steps that the government will take as a final decision on whether to reconcile with the fate of the occupied territories.

"Although part of Ukraine is de facto occupied, the issue that concerns Ukraine the most is the fate of the people who are suffering from occupation. "Ukraine is not ready to give away its territories. The main issue is the fate of people who suffer under occupation. Ukrainian authorities made it clear - they are not ready to trade (or to sell) the interests of Ukrainians."