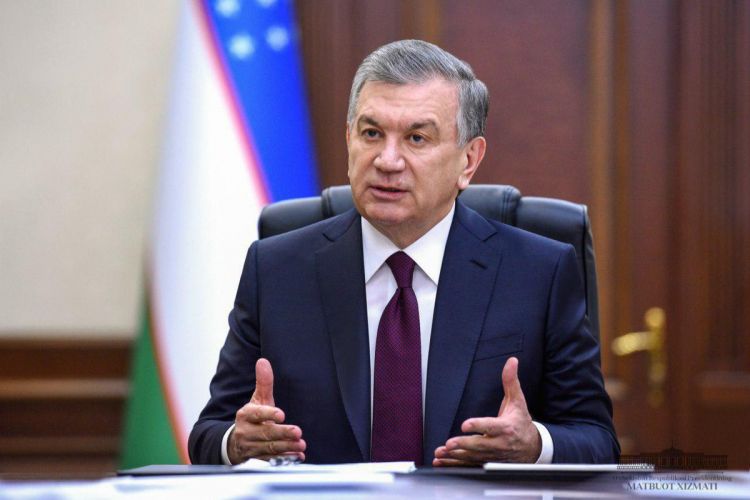 As usual, Western media and so-called human rights organizations have been disseminating false, fake and fictional news about some unpleasant events occurred in autonomous Karakalpakstan republic.

It seems that Western schemers and propagandists have intentionally, raised planned confusions about Uzbekistan’s response against protesters and termed it harsh. However, it was not harsh but rather harmonious and appropriate to immediately achieve calmness and stability through peaceful means.

Uzbekistan’s President Shavkat Mirziyoyev crisis management model mitigated all negative sentiments and launched a massive but holistic drive of political reconciliation, reunion and unity by scrapping any changes in the Articles 70, 71, 72, 74, 75 of the current constitution that would have spelled the so-called end to any form of local self-governance. Thus he decreed to maintain status quo of the Karakalpakstan.

It is praiseworthy that Shavkat Mirziyoyev was bold enough to visit Karakalpakstan region at once and personally met with politicians, parliamentarians and people alike and tried to make bridges of trust, respect and decency and filled the widening gaps.

In this context, while addressing a high official meeting, the President shared that various destructive external forces and enemies of socio-economic prosperity and political stability were the real culprits of provoking people.

In this connection, it seems that forces of darkness, destruction and deadly tendencies tried to sabotage caravans of political stability, economic sustainability and social harmony through their malicious goals aimed at undermining the peaceful situation in Uzbekistan. However, crisis management model of Shavkat Mirziyoyev proved effective to dismantle their conspiracies through unlimited spells and acts of compassion, cooperation, coordination, collaboration and consensus.

His crisis management model proved lethal against general loot and enabled the administration to promptly and quickly respond to any evil plans.

The President Mirziyoyev warned that global movers and shakers of power politics and merchants of uncertainty, and disharmony may again try to destabilize Uzbekistan for which he suggested that spirits of vigilance, resolution, the peace and tranquility should be further streamlined, systemized and strengthened.  He advised that all local leaders should once again be well aware of the turbulent and difficult times.

According to the President, mass riots in Karakalpakstan have been prepared for years by foreign forces. He pinpointed goals of criminal external forces i.e. encroachment on the territorial integrity of Uzbekistan and the creation of an interethnic conflict.

He concluded that the Prosecutor General has been entrusted with the task of carefully and objectively investigating each case and giving a fair legal assessment of the actions of the incident participants.

President Shavkat Mirziyoyev while visiting Nukus, the capital of Karakalpakstan he met with regional lawmakers and community representatives and strictly advised them to care the views of the local population into consideration in making the decision.

Uzbekistan's president blamed foreign forces for inciting unrest in the country’s autonomous Karakalpakstan republic, where some political unrest was surfaced but government’s timely and friendly measures achieved sanity. President Shavkat Mirziyoyev said the "unpleasant events were a source of anguish, and the top state prosecutor would conduct a thorough investigation.

To remove any confusion, Uzbek president Mirziyoyev personally spoke to European Union chief and shared his country efforts to control the uncertainty through humanistic modes. Even “Euronews” appreciated efforts of Uzbek government to bring positive and productive changes in the civil rights of Karakalpakstan people.

Moreover, “Die Welt” upheld that the president Mirziyoyev abandoned plans to limit the autonomy of the Karakalpakstan after a rare public protest in the north-western region. It also highly appreciated political negotiation to resolve the situation.

Most of the regional as well as global mass media and TV channels like Nezavisimaya gazeta, Izvestia, etc. highlighted significance of Uzbek president reconciliatory makeover to defuse the tensions.

Uzbek president Mirziyoyev initiated a grand open regional diplomacy and called many head of the states and shared his government efforts to control the situation. All regional countries appreciated and supported his sincere political efforts to maintain peace and stability.

The Uzbek authorities said that people had been misled in a bid to seize local government agencies. Uzbek President has subsequently dropped plans to introduce constitutional amendments that would bring some positive changes in Karakalpakstan through holding of referendum.

Critical analysis reveals that Karakalpakstan is an autonomous republic within Uzbekistan and occupies the whole northwestern part of Uzbekistan. Karakalpakstan has an area of 166,590 km2, and a population of about 2 million people. The capital is Nukus where lots of economic development work is carried out to transform the society and people alike.

Unfortunately, Karakalpakstan is mostly desert and is located in western Uzbekistan near the Aral Sea, in the lowest part of the Amu Darya basin, and is surrounded by desert. However, Uzbek government under “New Uzbekistan’s Doctrine” has been striving hard to introduce many effective policies, programs and projects to lessen the hardship of nature and geography. A massive program of social development is being carried out to restore the Aral Sea desertification through integrated community development and use of modern water conservation technologies.

To conclude, it seems that Central Asia Region has unfortunately become new proxy war hub of the international establishment. The conspiratorial theories have once again become active to rendezvous the economic development and political stability of the entire region through sugarcoated pills of so-called human rights, women empowerment, child labour, politicization and democratization.

Notwithstanding, the Republic of Uzbekistan has been the hub of rigorous politicization and democratization since inception and imminent referendum would further strengthen democratic norms in the country. It would reverse the centuries old political doctrine of “State, Society and People” to “People, Society and State” a paradigm shift.

Furthermore, the government of Uzbekistan has completely banned child labour in the country which is indeed a great transformation. It has one of the biggest women empowerment in the region and beyond. It has biggest political parties which have equal rights for any kind of political activity in the country. Media is free to express. Society is dynamics and its culture is diversified. That is why it is famous for its rich multiculturalism and ethnic diversity.

The Economist London, many published reports of Asian Development Bank, IMF and World Bank have clearly appreciated numerous structural reforms of President Mirziyoyev and termed it a “Emerging Economy” with huge potential for further liberalized economy, exports, digitalization of economy & state a last but not least capacity building mechanism.

Undoubtedly, President Mirziyoyev has set a new rule of game of conflict resolution, disharmony and disunity by setting new doctrine of political accommodation and reconciliation in the region. Political difference is the height of modern democracy which should not be propagated as any violation of human right.

People of Karakalpakstan region should not be easy prey to misleading philosophies of the West. Socio-economic integration, political stability and social harmony are the right way to jointly move forward.