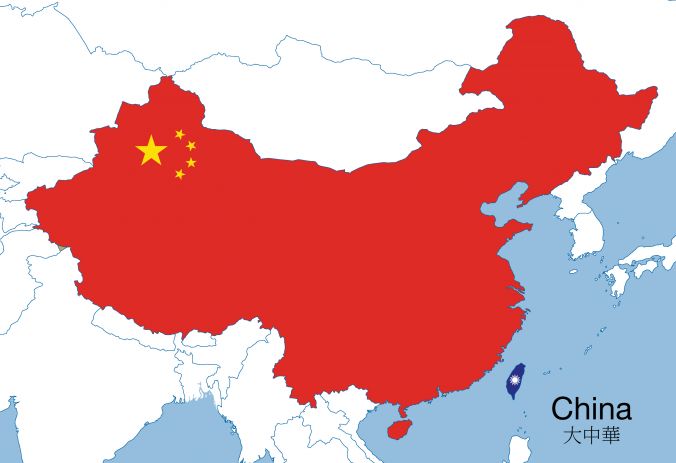 THE global movers & shakers are once again trying to destabilize peace and stability in the Asia Pacific Region by provoking China on the issue of Taiwan.

The US self-acclaimed champion of world peace has been selling arms to Taiwan which is now heating the region.

Thus the US and its allies are heavily engaged in Zero-sum game theory which has serious spillover repercussions for the entire region in terms of peace, stability and prosperity in the days to come.

In this connection, in the past time and again the policy makers of China conveyed their serious concerns about the issue of so-called Taiwan independence and highlighted the true historic, geopolitical and geostrategic essence of One-China Doctrine to the US.

Constant high tensions have now encouraged both the Presidents to contact at the highest level.

During the latest telephonic conversation with the US President Joe Biden, the Chinese President Xi Jinping clarified China’s principled stance on Taiwan and showcased strategic importance of One-China Principle and shunned all speculations of any misadventure in Taiwan by any external force.

During the conversation, Xi stressed that the Chinese government and people have been consistent on the Taiwan issue, and that resolutely safeguarding the nation’s sovereignty and territorial integrity is the firm will of the more than 1.4 billion Chinese people.

“Those who play with fire will perish by it,” he added. He urged that the US should honour the one-China principle and implement the three joint communiques, both in word and deed.

The current phone call between the two presidents arranged as tensions between China and the US have risen recently amid reports that US House Speaker Nancy Pelosi is considering a visit to Taiwan.

The Chinese Foreign Ministry responds that the visit would be a violation of the US’ commitment to not developing official exchanges with the island, which is part of Chinese territory.

China has vowed to “take countermeasures” if the trip proceeds. On his part, the US President Biden reiterated that the one-China policy of the US has not and will not change, and that the US does not support “Taiwan independence”.

During the phone call, Xi highlighted the need to re-define and change in the US approach towards bilateral relations which should not be taken as any strategic competition and rivalry with China.

He underscored that the US should not consider China as a primary rival and a most serious long-term challenge, would be a misunderstanding of China-US relations and a misreading of China’s development, and would mislead the peoples of the two countries and the international community.

Both Presidents viewed their call as candid and in-depth and agreed to stay in touch, and they instructed their respective teams to continue communicating and cooperating.

Track-II diplomacy has been active for the last one year and the latest interaction of both the leaders is the resultant of a series of meetings between senior Chinese and US officials, including those between China’s senior diplomat Yang Jiechi and US National Security Advisor Jake Sullivan in Luxembourg in June, and between State Councillor and Foreign Minister Wang Yi and US Secretary of State Antony Blinken in Bali, Indonesia, this month.

It was the fifth call between the two leaders since Biden took office in January 2021, with the previous one taking place in March.

In this context, in November, Biden promised Xi that the US does not seek a new Cold War with China, does not aim to change China’s system, does not target China with its alliances, does not support “Taiwan independence” and has no intention of seeking a conflict with China.

On the other hand, even People’s Liberation Army showed its strong commitment to defend the country’s one China principle in case of Taiwan which is the integral part of China.

Most recently, while responding a question in the press briefing, the senior Colonel Wu Qian, a spokesman for the Ministry of National Defence said that the People’s Liberation Army will never tolerate “Taiwan independence” acts or any interference from outside forces and will firmly smash such actions.

The spokesman said that there has never been such a thing as a “median line” in the Taiwan Strait.

The external forces keep attempting to play the ‘Taiwan card’ to contain China. They are the very saboteurs of the peace and stability across the Strait.”

The spokesman said the PLA will use strong countermeasures, stressing that “actions are the most powerful responses”.

To conclude, the US and its allies have been playing with the fire on the issue of Taiwan since long.

The US House Speaker Nancy Pelosi’s expected visit to Taiwan will be a diplomatic disastrous and will gravely impact the diplomatic and military relations between China and the US.

It seems that the Joe Biden Administration or the Chinese hawks in Washington is testing China’s response to news, because previously Pelosi cancelled her plan after China took strong exception to her proposed visit.

It fears that Pelosi’s planned visit will directly affect Sino-US ties and the situation across the Taiwan Strait.

It seems that Pelosi is intentionally playing the Taiwan card because the Democratic Party is losing ground in the domestic politics of the US and appears to be at a disadvantage in the midterm elections scheduled for November, and the Republican Party has repeatedly accused the Democratic Administration of going soft on China.

And playing the Taiwan card is the most effective way of showing the Administration is acting tough with China.

Unfortunately, both the Democratic and Republican parties are adept at playing the Taiwan card. Both parties often take advantage of cross-Straits tensions to get more votes.

As leader of the House of Representatives, Pelosi is more likely to attract media attention, prompt a furious reaction from China, and show the Republicans that the Democrats can “take on” Beijing.

Pelosi’s trip to Taiwan, if it takes place, will be a severe blow to China-US relations further intensifies cross-Straits tensions, and elicit a very strong response from Beijing.

The Taiwan so-called independence is the most sensitive of China’s vested interests. That is why Beijing strongly condemned Pelosi’s visit and the PLA is militarily prepared to deal with any misadventure.