2022 has been year of political scandals in Europe, US - ednews.net

2022 has been year of political scandals in Europe, US

Greece shaken by wiretapping scandal, German Chancellor accused of tax fraud, among other scandals in France, UK, US 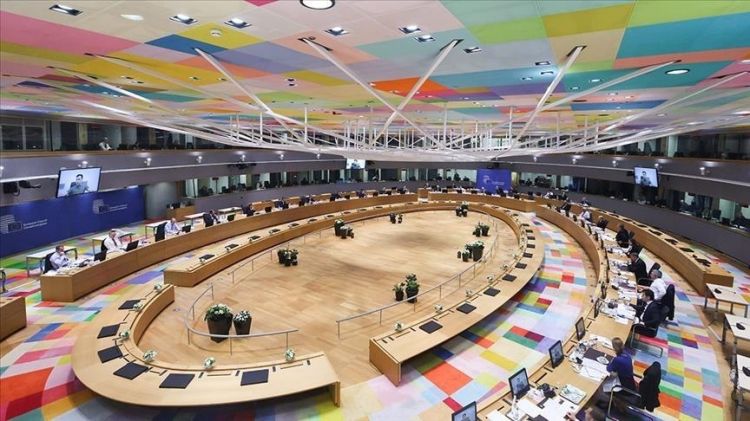 ISTANBUL
2022 has so far been a year for political scandals for many countries across the world.
Greece has recently been shaken by a wiretapping scandal, which is usually referred to as the "Watergate" of the country. The German chancellor has been facing new allegations over a tax avoidance scandal. France has seen sex scandals hitting ministers in Emmanuel Macron's government. UK's Conservative Party has seen a wave of resignations, including the resignation of the prime minister, after recent scandals. In the US, a group of journalists and lawyers have sued the Central Intelligence Agency (CIA) and its former director, Mike Pompeo, over surveillance allegations.
Here are the scandals that have shaken the Europe and the US over the recent months.
Germany
German Chancellor Olaf Scholz has recently come under growing pressure following a series of new revelations about the “cum-ex" tax avoidance scandal, which is estimated to have cost German taxpayers billions of euros.
Opposition politicians assert that Scholz and his aides exerted political influence six years ago to help Warburg Bank avoid paying back €47 million ($48.2 million) in illegal tax refunds, while Scholz was the premier of the northern state of Hamburg.
Warburg Bank and dozens of other financial institutions are believed to have been involved in a massive stock trading scam between 2002 and 2012, helping their clients trick governments, and claim a refund for a tax they had never paid for.
The chancellor dismissed the claims during a news conference last week at the Federal Press Center, but did not give clear answers to questions about his meetings with Warburg Bank’s senior executives, and former SPD lawmaker Johannes Kahrs at that time.
He said all these claims have been investigated by a parliamentary committee for more than two years.
Scholz is scheduled to testify this week before a parliamentary panel investigating the claims.
Greece
A surveillance scandal in Greece has been shaking Prime Minister Kyriakos Mitsotakis’ government after the country’s national intelligence service ​​confessed wiretapping of a journalist.
The scandal broke out earlier this month when the head of the National Intelligence Service (EYP) Panagiotis Kontoleon told a parliamentary committee that his agency had been spying on journalist Thanasis Koukakis.
The closed-door parliamentary session came after Nikos Androulakis, leader of the opposition socialist PASOK party, complained about an attempt to hack his cellphone with the Israeli Predator tracking software.
EYP’s director Panagiotis Kontoleon, and the prime minister’s secretary-general, Grigoris Dimitriadis, resigned following the former’s confession at a parliamentary committee.
Greek Prime Minister Kyriakos Mitsotakis admitted that the EYP wiretapped Androulakis, but denied having any information about the illegal surveillance.
France
France’s Solidarity and Social Cohesion Minister Damien Abad was accused of raping two women in 2010, according to a report by French media outlet Mediapart in May.
At least 188 women, including feminist activists and politicians such as MP Clementine Autain and Paris councilor Alice Coffin, sent an open letter to the French Daily Le Monde, demanding the resignation of the French minister.
The 42-year-old minister denied the accusations but left Macron’s government on July 4 to “defend himself without hindering the action of government.”
Also, Chrysoula Zacharopoulou, who is a gynecologist appointed as Minister for Development in May, has faced allegations of rape by two women accusing her of ​​performing gynaecological procedures without their consent.
UK
Chris Pincher, a Conservative government MP, has faced allegations that he groped two men in a private members' club.
He has resigned on July 1 as the deputy chief whip in a letter saying he had "drank far too much" and "embarrassed myself and other people."
Former British Prime Minister Boris Johnson had come under pressure, and eventually announced his resignation on July, after the Pincher scandal, which was followed by a wave of ministerial resignations.
Downing Street initially said Johnson was unaware of previous specific allegations against Pincher, but it later emerged that Johnson was in fact informed when he was the foreign minister in 2019 of previous instances of alleged misconduct on Pincher’s part.
US
A group of journalists and lawyers have sued the US Central Intelligence Agency (CIA) and its former director, Mike Pompeo, over allegations that they were placed under surveillance when they met WikiLeaks founder Julian Assange during his stay at Ecuador’s Embassy in London.
The lawsuit, filed in a New York District Court on Monday, alleges that CIA under Pompeo violated the privacy rights of the American journalists and lawyers by spying on them.
The plaintiffs include journalists Charles Glass and John Goetz and attorneys Margaret Kunstler and Deborah Hrbek, who have represented Assange.​​​​​​​