AUKUS and Rafale scandal - A long way from alliance to hostility 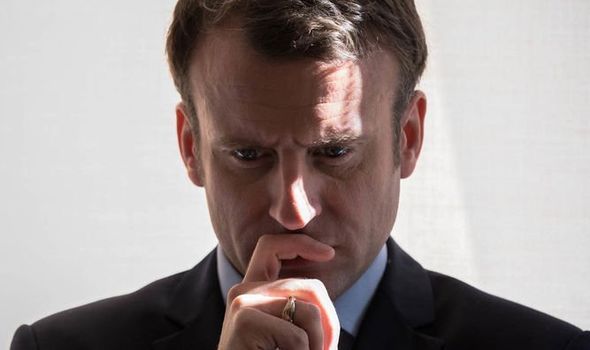 France's de facto exclusion from the AUCUS (Australia-UK-US) agreement and the cancellation of its 2016 submarine contract with Australia led France to take drastic steps. According to the world press, France wants to return to 1963, once again pouring all its anger on the United States and NATO, which are at the forefront of everything.
AUKUS, a new trilateral strategic defence alliance signed between Australia, the United Kingdom and the United States, is an agreement to work together to build a nuclear submarine class in the Indo-Pacific, but also to prevent China's growing and threatening influence in the region. The deal, valued at about $ 100 billion, has forced France, one of Europe's leading nations, to make unpredictable decisions. Following this decision, France recalled its ambassadors to the United States and Australia. Then there was another scandal in the international arena over France. This time, Macron's refusal to meet with his Swiss counterpart added to tensions in the political arena. This time, the tension was caused by the decision of Switzerland to abandon the French-made Rafale jets and buy US F-35 fighter jets instead. Thus, it deprived Paris of another $10 billion military contract.

Seeing the infidelity of its neighbours and friends, France has decided to look only ahead and regain its strength after the upcoming elections. Political analysts say that if incumbent French President Emmanuel Macron wins the presidential election again in the spring of 2022, he will change the direction of the country's economic, political and military independence and create the La Grandeur doctrine. This leads to the conclusion that the French government intends to activate French chauvinism by restoring the atavism of the doctrine, strengthening the mission of the French nation and culture.
According to another opinion, Macron who has been offended by his close allies, will try to imitate BREXIT. Macron seeks to assert its decision-making power in defence and foreign affairs as the sole ruling force, as well as to increase France's role in world geopolitics as a "pillar of humanitarian intervention and foreign policy" by personally participating in international affairs.
AUKUS was, in fact, a severe blow to France's reputation in the Indo-Pacific region, causing an economic fiasco in France. At the same time, Switzerland's rejection of Rafale jets may not be the last hit from behind. According to some reports, the sale of Rafale fighter jets to India may be stopped with the intervention of the United States. It could also lead to France's secession from the Atlantic Alliance in 2023.
Following the AUKUS agreement, or what France calls a "stab in the back," Macron could use his leadership of the EU from January 2022 to replicate Charles de Gaulle's 1963 withdrawal from NATO at the initiative of the European Defence Agency. Thus, France could restore the Elysee Treaty signed between De Gaulle and Konrad Adenauer in 1963 and re-establish a Franco-German axis consisting of the Netherlands, Denmark, Norway, Belgium, Luxembourg and Austria.

In addition, the disagreement between France and the United States may lead to the rapprochement of Paris and Moscow. It should be noted that such a rapprochement took place in 1966 during De Gaulle's official visit to Moscow. After that visit, the supply and trade of Russian gas and oil in France began to revive. France also abruptly withdrew from NATO, disbanding about 30 American military bases on its territory.
This resistance to the US leadership since then has been a factor in the foreign policy of all French presidents. Although France formally returned to the Atlantic Alliance in 1969, it appears that it was not on a solid foundation.
Thus, what France will do after the crisis in the AUKUS, it seems vague. However, this will be evident in the extent of France's anger at the United States and the United Kingdom, which turned its back on it, as well as the moment Macron wins the EU presidency in 2022 and becomes the only authoritarian leader that he ever desired.