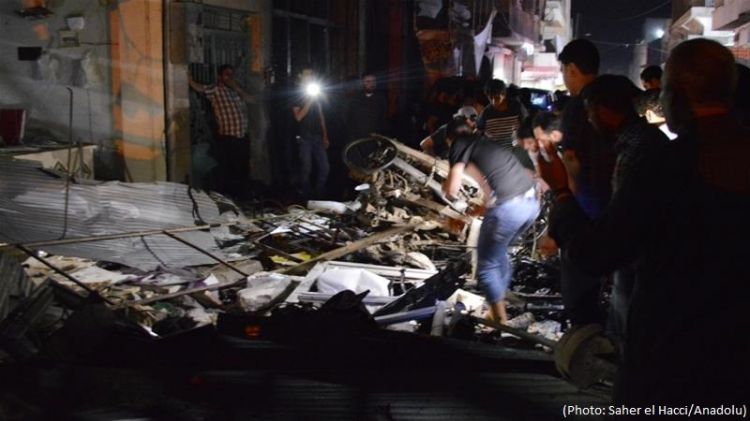 More than a dozen people were killed in a car bomb in a city held by Turkish-backed rebels in northern Syria, a war monitor and Turkish state media said.

The incident took place at a bustling market in the city of Azaz, near the Turkish border, killing 14 people, according to anonymous sources talking to Turkey's Anadolu Agency. No group has yet claimed responsibility for the attack, Anadolu added.

Four children were among those killed in the explosion, said war monitor Syrian Observatory for Human Rights, which reported the death toll as 19.

The attack also wounded more than 20 people, according to the Britain-based monitor.

Shoppers buying clothes and gifts in advance of the upcoming Eid al-Fitr holiday were among those killed, Jihad Berro, a coroner at a local hospital, told AFP. He said the medical facility was crammed with victims and their relatives.

'The damage is severe'

An AFP photographer saw a large crowd gathering at the scene of the attack, charred vehicles dotting the side of the road. Rescue workers searched through mounds of rubble, looking for bodies, he said.

"The damage is severe: at least six stores were burned, the storefronts of dozens of other stores were blown out," he told AFP.

A similar explosion on Saturday reportedly killed 10 people and wounded 20 in the northern city of Raqa.