Russian fighter jet shot down two additional US drones near Khmeimim air base in Syria
Read: 1579

Gibraltar authorities rejected a US warrant to seize an Iranian tanker that was previously detained by UK troops. The ship has set sail and left the territory despite Washington's objection of possible terrorism links. 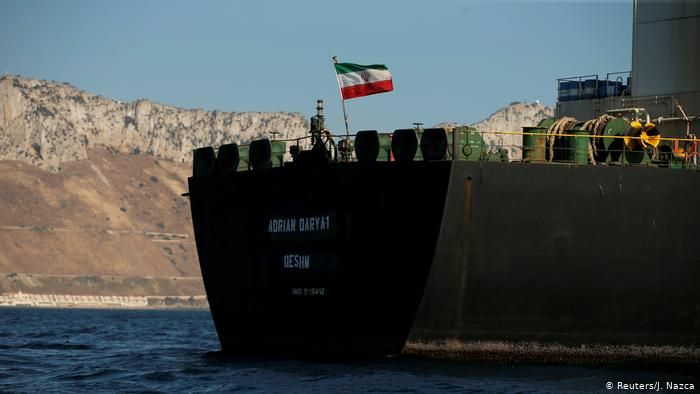 An Iranian supertanker has set sail after spending some six weeks detained in Gibraltar, the government of the British territory said on Sunday.
"We hereby confirm that our tanker has left Gibraltar for international waters after 45 days," said Hamid Baeidinejad, Tehran's ambassador to London.
Gibraltar officials denied the US permission to seize the ship on a warrant, saying that US sanctions against Iran did not apply in the EU.
The vessel is carrying 2.1 million barrels (around 284,000 metric tons) of Iranian crude oil. British Royal Marines captured the vessel in early July on suspicion that it was delivering the cargo to Syria in violation of EU sanctions. The seizure sparked a standoff between Tehran and London, with Iranian forces capturing the British tanker Stena Impero in retaliation.
Gibraltar's Supreme Court eventually lifted the detention order on Thursday, citing Iran's guarantees that the ship "was never destined to an EU-sanctioned entity." Allegations of terrorism links
However, the US opposed the release of the tanker and has since launched a warrant to seize it, claiming that the tanker had ties to Iran's Islamic Revolutionary Guard Corps (IRGC), which the US has designated a terrorist organization. They also cited allegations of bank fraud and money laundering.
After the Sunday decision to reject the warrant, the ship is likely to leave port soon. On Sunday, a video published by the Reuters news agency showed the ship displaying a new name, having changed it from Grace 1 to Adrian Darya-1. It also hoisted an Iranian flag instead of the old Panamanian one.
Also on Sunday, Iran's navy said it was ready to dispatch a military escort for the Iranian-owned vessel.