Unknown fighter jets tried to attack the Russian air base in Syria
Read: 2926

When Real Madrid or Barca knock on the door the other clubs must tremble - Guardiola on Sterling transfer
Read: 289 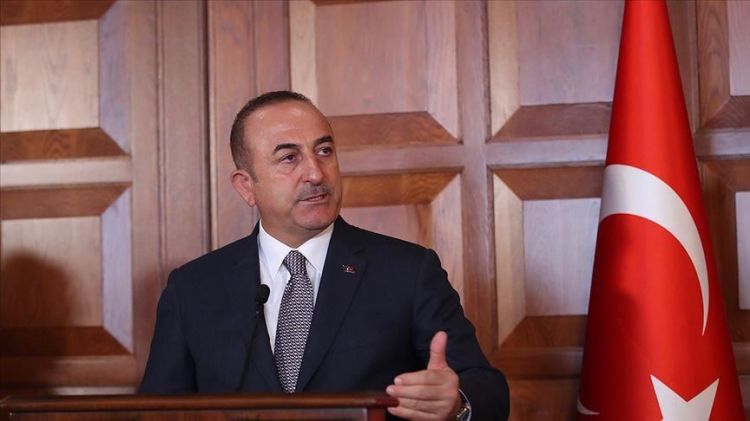 A day after an airstrike on a Turkish convoy killed three civilians and injured 12 others, Turkey’s foreign minister on Tuesday warned the Syrian regime against taking any reckless action.
“The regime needs to not play with fire. We will do whatever it takes to secure our troops,” Mevlut Cavusoglu told a press conference in the capital Ankara.
Monday’s attack occurred amid a troop transfer to Idlib in northwestern Syria meant to ensure the safety of an observation post in the de-escalation zone, keep supply routes open, and prevent civilian casualties in the region.
Although the attack targeted the 9th observation post, manned by Turkish soldiers, Cavusoglu said Turkey has no intention of moving the post to the south.
Turkey and Russia agreed last September to turn Idlib into a de-escalation zone where acts of aggression are expressly prohibited.
The Syrian regime and its allies, however, have consistently broken the terms of the cease-fire, launching frequent attacks inside the de-escalation zone.
The zone is currently inhabited by about 4 million civilians, including hundreds of thousands of people displaced in recent years by regime forces from cities and towns throughout the war-weary country.
Safe zone
Cavusoglu said that they would not tolerate the U.S. to stall Turkey on the establishment of a safe zone in northern Syria while it is providing weapons for terror organizations on the other hand.
Negotiations with the U.S. officials regarding technical matters of the planned safe zone in northern Syria, including establishment of observation points and bases, are underway, he added.
The Manbij deal between Turkey and the U.S. focuses on the withdrawal of YPG/PKK terrorists from the Syrian city to stabilize the region, which is located north of Aleppo near the Turkish border.
The YPG/PKK is the Syrian offshoot of the PKK terror group, which has been responsible for the deaths of nearly 40,000 people in Turkey, including many children, women, and infants, for more than 30 years.
Syria has been locked in a vicious civil war since early 2011, when the Bashar al-Assad regime cracked down on pro-democracy protests with unexpected ferocity.
Since then, hundreds of thousands of people have been killed and more than 10 million others displaced, according to UN officials.
AA