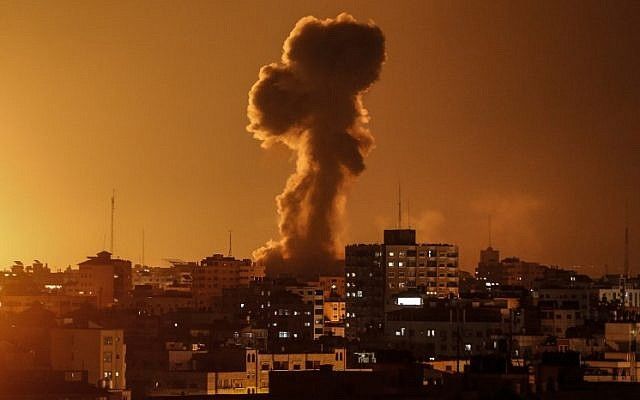 Israeli aircraft hit several military targets for Gaza’s Hamas rulers late Saturday after militants used a drone to drop a bomb on the Israeli side of the Gaza-Israel perimeter fence, The National reports.

The Israeli military said the targets included “offensive military equipment and two military sites” for the Islamic group’s aerial unit, which it said was responsible for the drone attack.

There were no reports of Palestinian casualties.