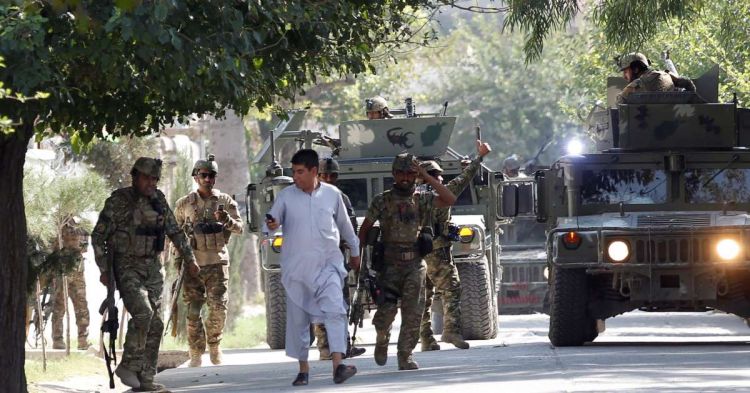 A suicide bomber and gunmen wounded at least nine people, including a child and a woman, in an attack on a government building in eastern Afghan on Wednesday, officials said, Reuters reports.

The attackers detonated explosives before gunmen poured into the building, said the officials. The office is a distribution center in the city of Jalalabad for national identity cards, which people need to vote in Afghanistan’s presidential election in 10 days.

“Afghan security forces surrounded the building and are clashing with the attackers in a bid to counter the attack,” said Sohrab Qaderi, a council member for the city’s province of Nangarhar, adding that more casualties are feared with staff and other people stuck in the building.

No group has claimed responsibility for the attack.